Here you will find the latest news and most recent developments on the Unpacked 2019, with regular updates and all the information you need.

[Poll] What was the best announcement to come out of Unpacked 2019?

Guide to Unpacked 2019: Everything you need to know about Samsung’s latest and greatest 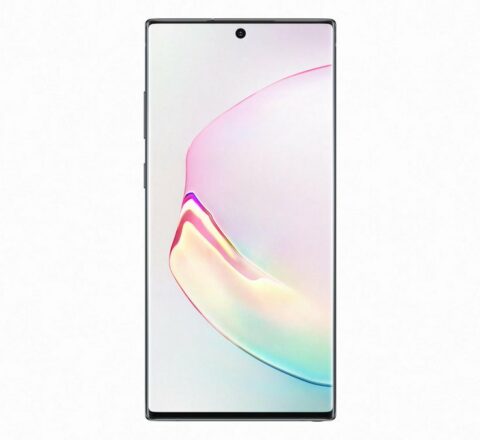 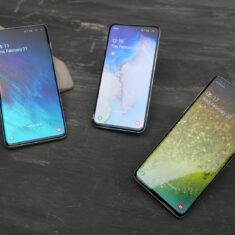 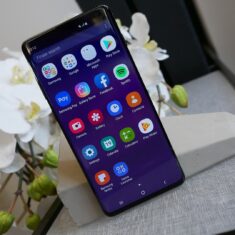 [Poll] What was the best announcement to come out of Unpacked 2019? 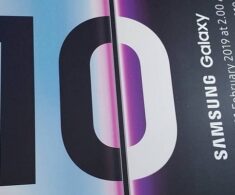 Guide to Unpacked 2019: Everything you need to know about Samsung’s latest and greatest 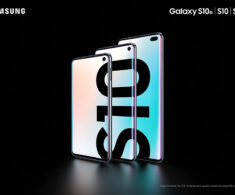 Samsung has unveiled a handful of new wearable devices today. They have all been launched under the Galaxy umbrella, a shift that Samsung made last year with the Galaxy Watch. The updated lineup includes a new smartwatch, new fitness trackers and wireless earbuds. The Galaxy Watch Active, Galaxy Fit and Galaxy Fit e, as well […]

Samsung has just officially unveiled the Galaxy S10 and its powerful cameras at the Galaxy Unpacked in San Francisco. The Galaxy S10 and S10+ come with a triple-camera setup at the back. These two devices get a 12MP F1.5-F2.4 (Dual Aperture) primary sensor, a 12MP F2.4 telephoto lens, and a 16MP F2.2 ultra-wide lens with […]

Samsung launched the Galaxy S10 lineup at its Unpacked event in San Francisco today. It comes in four different models, including a 5G variant with beefed-up specs. While all of them pack powerful cameras, the specifications are different on each variant. To fully exploit the capabilities of these shooters, Samsung has introduced many new camera-focused […]

The Galaxy S10 lineup brings slimmer bezels with the Infinity-O displays, which puts the front cameras in a hole cut into the display, and that has brought a disadvantage many of us may not like. Yes, as the title revealed, the Galaxy S10 doesn’t have a notification LED. The reason is simple: lesser space because […]

Samsung has properly unveiled its foldable smartphone to the world at last, giving us a look at the device and telling us when it goes on sale and how much it will cost. Samsung started off today’s Unpacked 2019 with an introduction of the Galaxy Fold, and it turns out that introduction is also the […]

Samsung hasn’t really kept its plans to embrace 5G connectivity on its 2019 flagships a secret, and at the Unpacked event in New York, the company offered some details on the 5G Galaxy S10 model. Samsung is calling it Galaxy S10 5G, and its features match what we have heard in all the leaks and […]

After a long time, Samsung has switched up the location for the unveiling of its newest Galaxy S flagship. This year, Samsung chose San Francisco, with its biggest rival Apple in the backyard, for the Unpacked event. We flew to San Francisco and got the chance to play around with the newly announced Galaxy S10 […]

Galaxy S10 official with in-display fingerprint readers, up to 12GB RAM, and more

The Gear IconX earbuds have been around for a couple of years and Samsung has now decided to switch things up a bit. This year Samsung has rebranded the IconX to Galaxy Buds, keeping in line with the strategy to bring its wearable devices under the Galaxy branding. The overall design has been improved as […]

The Galaxy S10e, Galaxy S10, and Galaxy S10+ are now official, following endless rumors and leaks in the last couple of months. And with an official announcement comes information on prices and release dates. Samsung has confirmed that the three Galaxy S10 models will go on sale in select markets on March 8, with the […]

At the Galaxy S10 launch in San Francisco today, Samsung also made official its newest wireless earbuds. With the Galaxy Buds, Samsung has done away with the Gear IconX branding for all of its wearables, alongside the fitness tracker and smartwatch lineups. The Galaxy Buds come with AKG-tuned audio, a feature that was missing from previous […]

Samsung brought its wearable line under the Galaxy umbrella last year with the Galaxy Watch. It’s now expanding the lineup with a couple of new wearable devices. Samsung has unveiled the Galaxy Watch Active and the Galaxy Fit fitness tracker alongside the Galaxy S10 in San Francisco today. As has been the case for many […]

In a short while, Samsung will take to the stage to take the wraps off the flagship Galaxy S10 and Galaxy S10+, and budget Galaxy S10e, at a dedicated launch event in San Francisco, California. Here’s how to watch the Galaxy S10 launch live online, along with the all-important kick-off time. Let’s start with the […]