The launch of Galaxy S8/S8+ is a significant milestone in modern smartphone design. They were the first set of devices from a tier-one manufacturer to wage a war on smartphone bezels that has now become a trend. The S8 duo also holds a special place among the Galaxy S flagships as they catapulted Samsung’s top of the line devices into industry benchmarks for design with their curved displays. 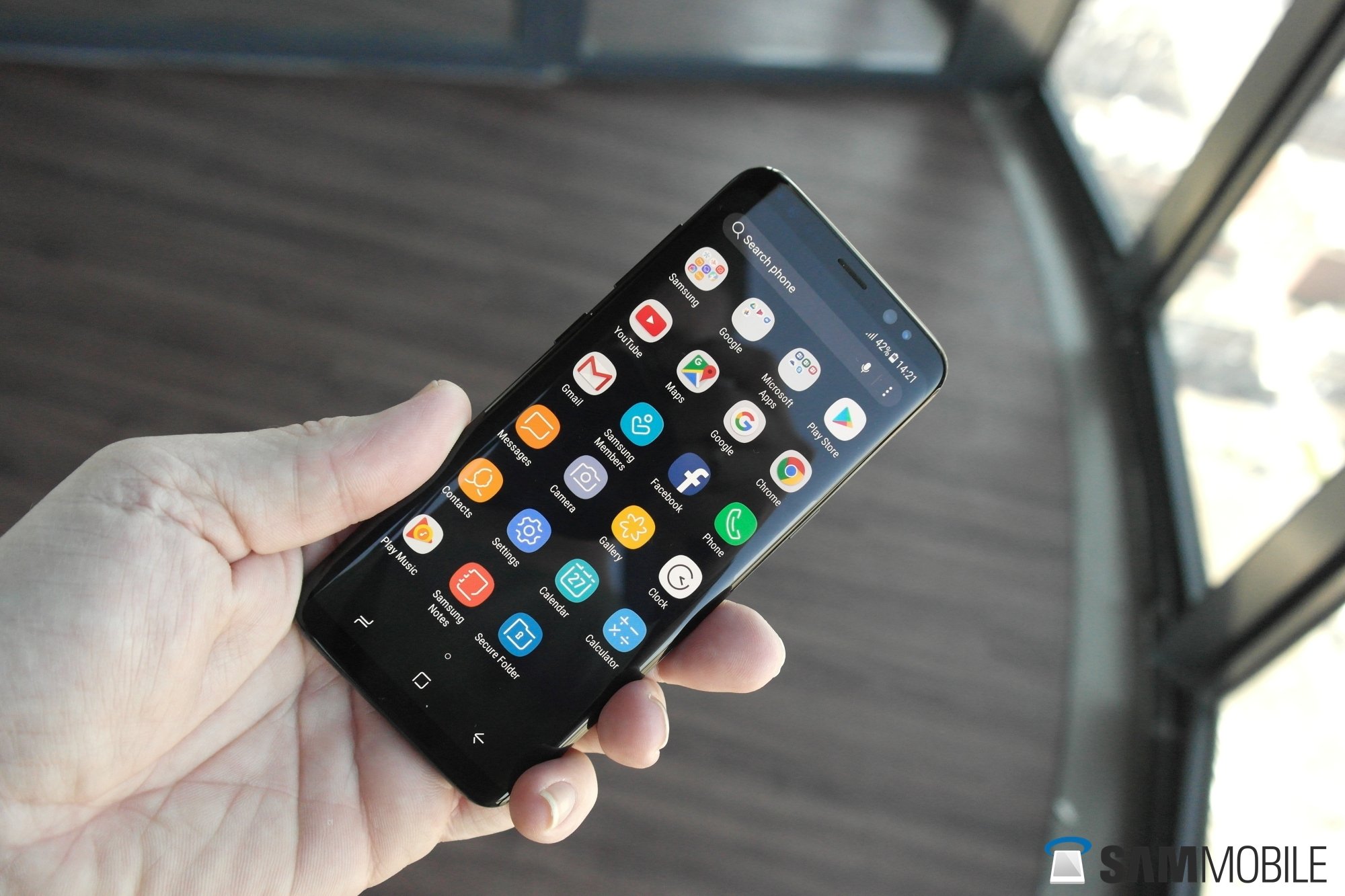 The Galaxy S8 series consists of the S8 and S8+, with the latter packing a bigger display and a larger battery. There is also the Galaxy S8 Active variant, but it is not a mainstream offering. Unlike its successor, the regular Galaxy S8 is not an inferior version of the larger model and the differences between the two are limited to their display and battery sizes. This makes the Galaxy S8 the last uncompromising compact flagship from Samsung’s stable.

Design is the biggest update the Galaxy S8 brings to the table. In fact, the S8 series kickstarted the industry trend of full-screen displays with minimal bezels. The 2017 flagships from Samsung not only look great but are also built really well. This applies to both the regular and the plus variant as an identical design and build. 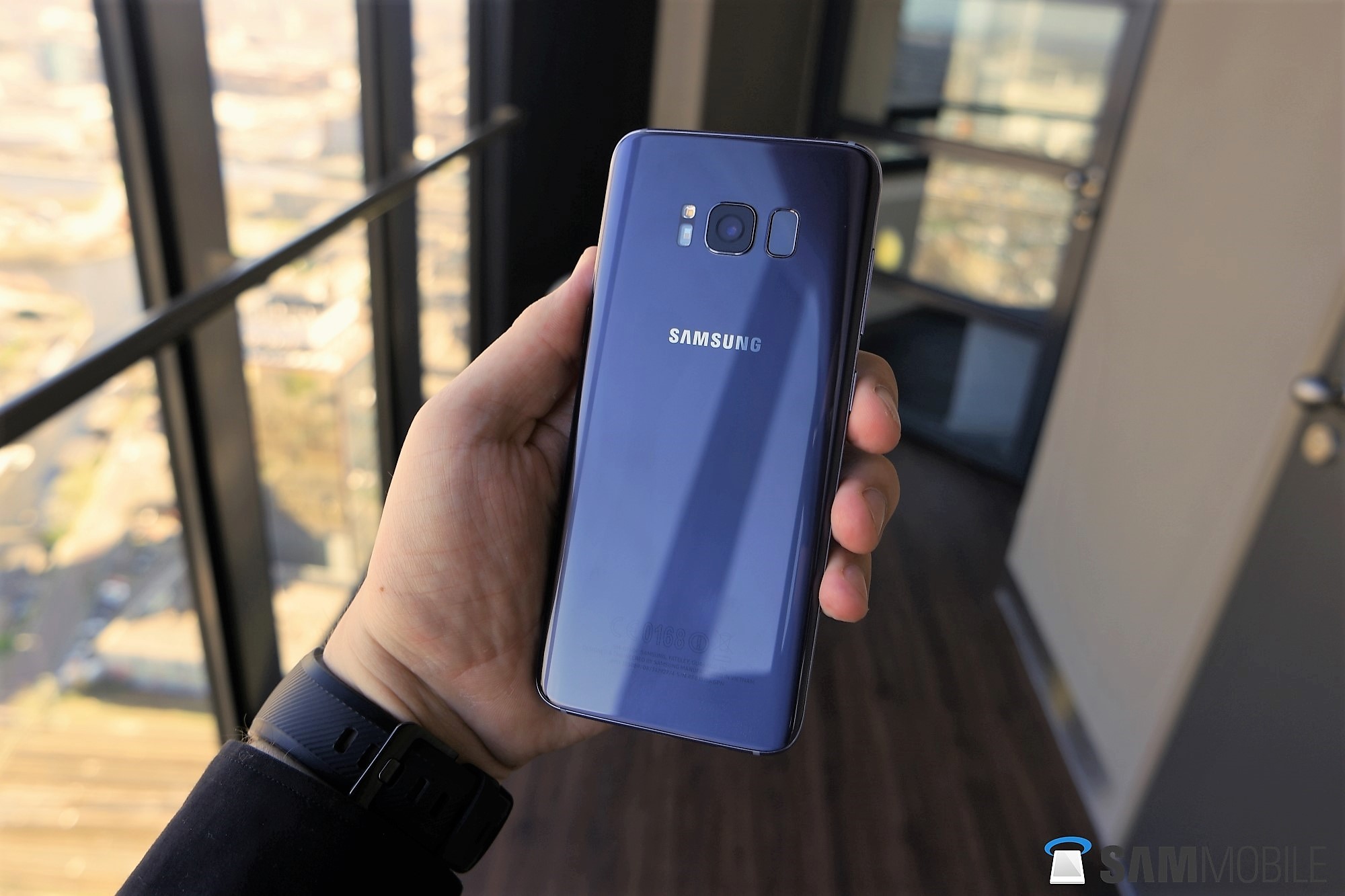 The Galaxy S8 has Gorilla Glass on the front and back with a metal frame in between. The front of the device is dominated by a large Infinity display that curves on the sides and has small bezels on the top and the bottom with no capacitive navigation buttons. The top bezel houses an Iris scanner, ear speaker, proximity sensor, and front camera, while the bottom bezel is empty. The power button is located on the right, volume rocker and Bixby button on the left, SIM slot on the top, and a headphone jack, USB Type-C port, primary microphone, and a speaker grille are on the bottom side of the device.

On the rear side, there is a single camera towards the middle with an LED flash, heart rate sensor, and a fingerprint scanner placed to its right. The back also displays Samsung branding and, depending on the market, the model name. The device measures 148.9 x 68.1 x 8 mm and weighs 152 grams.

Other than the trend-setting design, the Galaxy S8 is mostly an incremental upgrade over its predecessor, particularly in the specs department. Depending on the market, the S8 comes with either a Qualcomm Snapdragon 835 or an Exynos 8895 SoC. 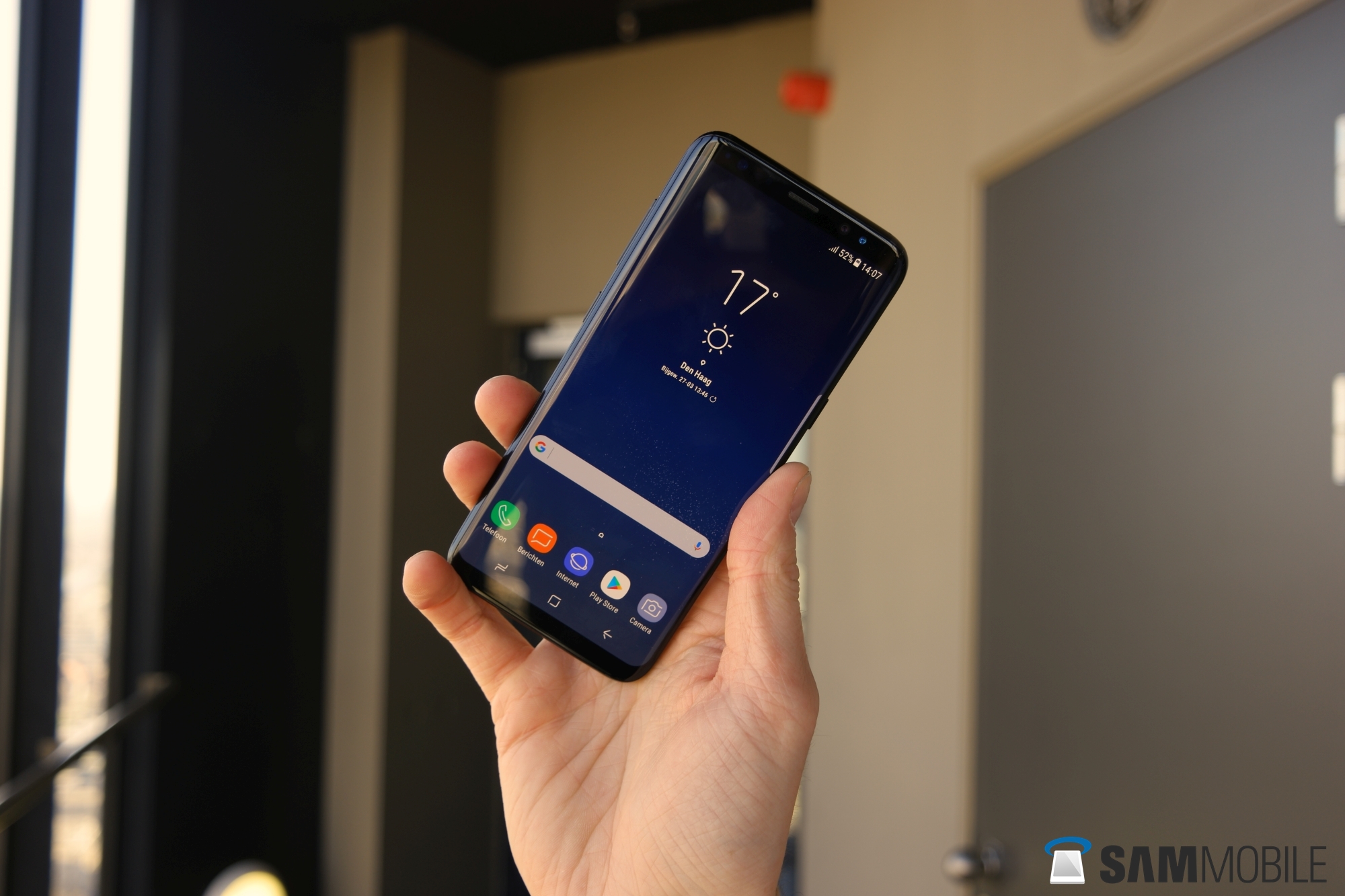 You can go to our Galaxy S8 specifications page for the complete list of specs.

Samsung introduced the Infinity display to the world with the Galaxy S8 lineup. The infinity display is basically the company’s marketing name for tall screens with smaller bezels. This display is what makes the S8’s design so futuristic and stand out from the rest of the crowd. 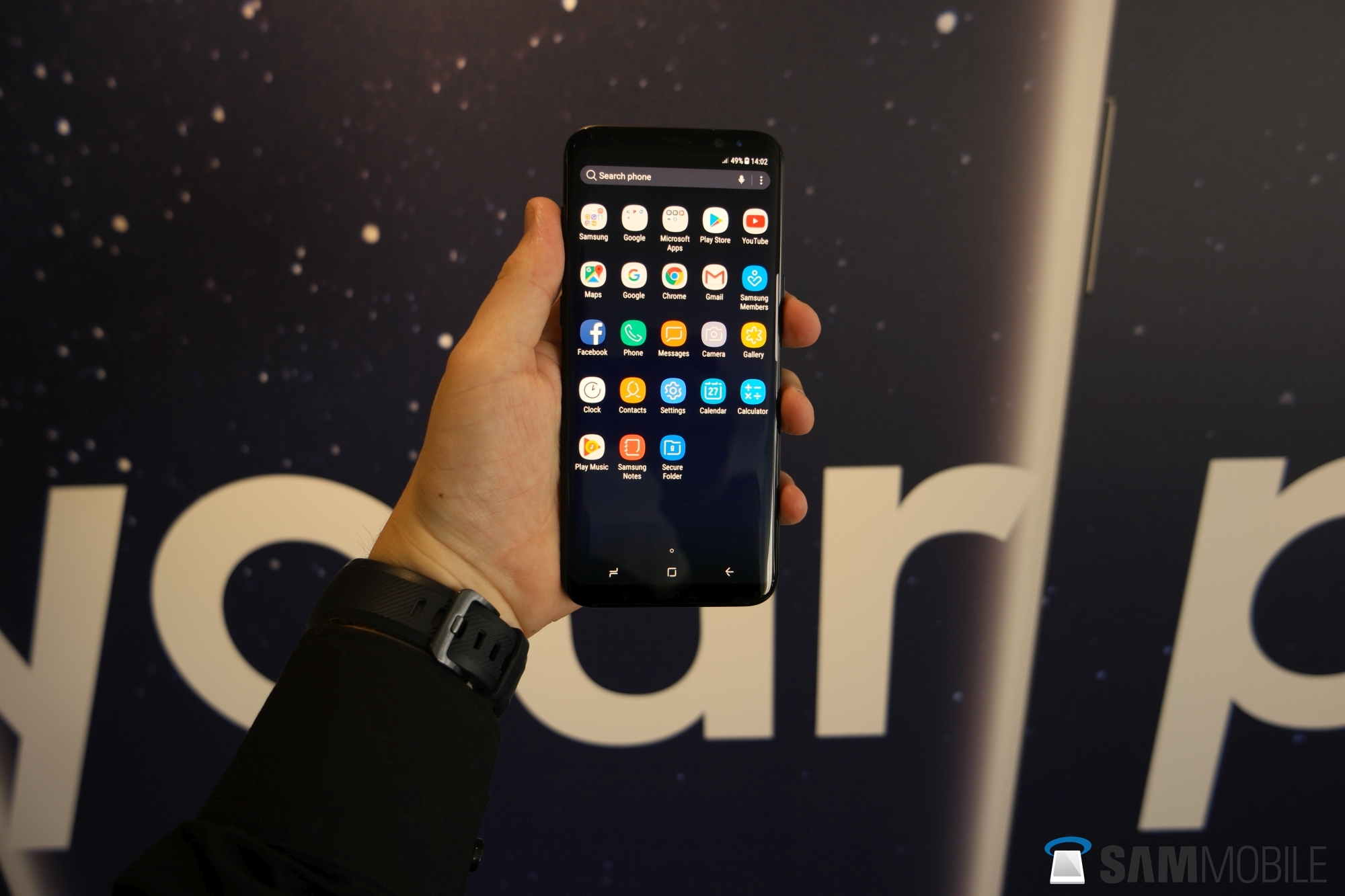 The Galaxy S8 sports a curved 5.8-inch Quad HD+ (2960×1440) Super AMOLED Infinity display with 18.5:9 aspect ratio and Corning Gorilla Glass 5 protection. Though the S8 and S8+ have the same display, owing to its smaller size, the screen on S8 is theoretically sharper with a higher pixel density of ~570 PPI. The display supports HDR content, making it ideal for media consumption. Like it happens every year, the display was rated as the best in the smartphone market by DisplayMate – an honor which the S8 held on to until the release of the Galaxy Note 8.

The Galaxy S8 comes with a Dual Pixel 12 MP F1.7 rear camera and an 8 MP f/1.7 selfie shooter. The primary camera comes with Optical Image Stabilization (OIS) and PDAF (Phase Detection Auto Focus). Both the cameras support bokeh effect, but the results may not always be impressive as it is entirely software-based. The rear camera can record videos in 4K while the front camera is limited to 1440p. 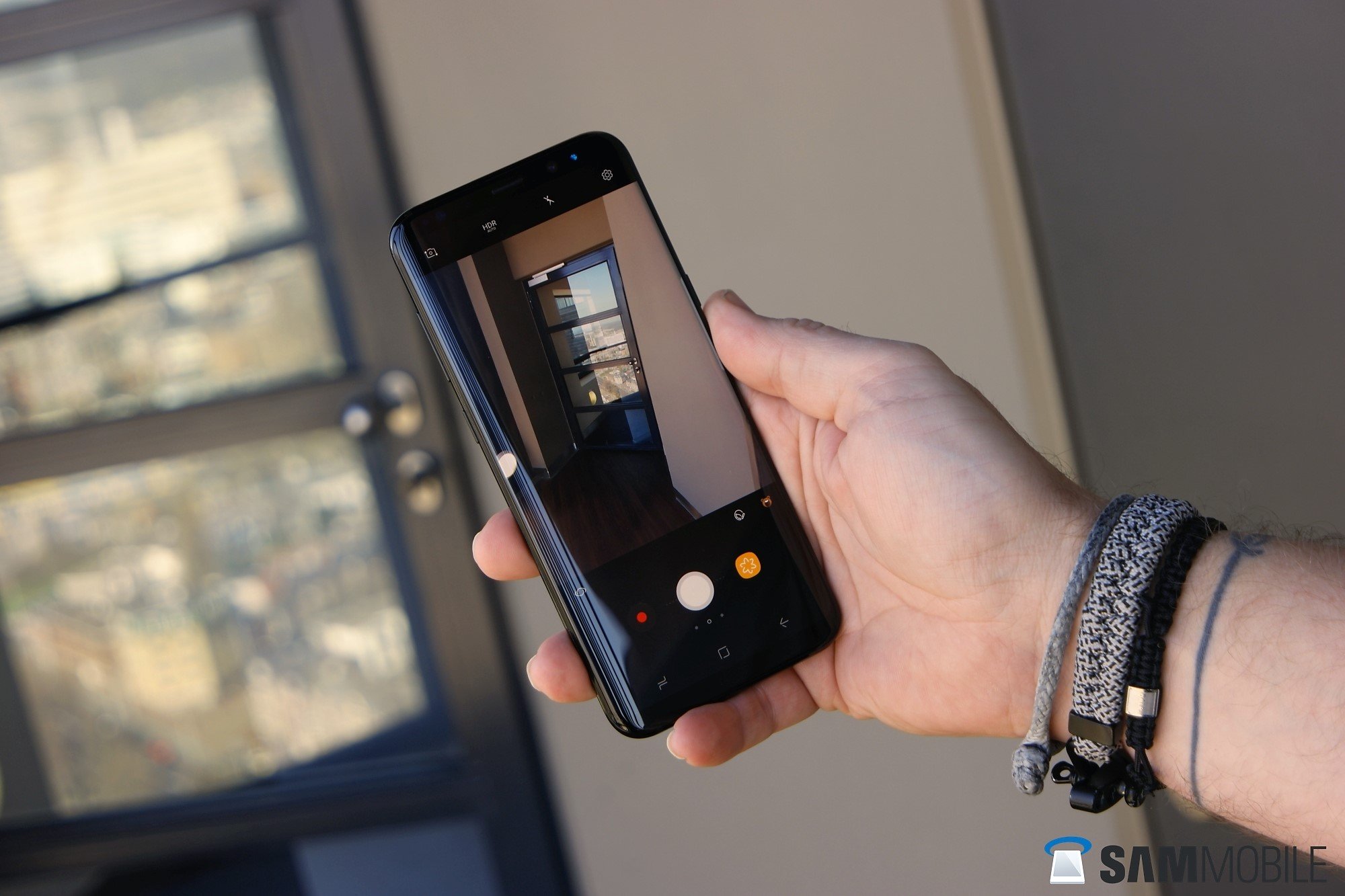 The S8’s camera UI and features have undergone many changes since its launch. The Android Oreo and Pie updates it received brought many of the new features from its successors. These include AR Emoji, filters, and more.

The Galaxy S8 series introduced major software features like Bixby, Samsung DeX, Samsung Pass, software navigation buttons, and more. It shipped with Android 7.0 Nougat, but Samsung upgraded it to the Android Oreo in March 2018 and to the Android Pie in February of the following year. The Pie update also brought Samsung’s One UI to the 2017 flagship. The software experience here is standard and doesn’t offer anything exclusive. You can check out our posts about Android 9 Pie and Samsung One UI to know what the new update brings to the Galaxy S8 lineup. 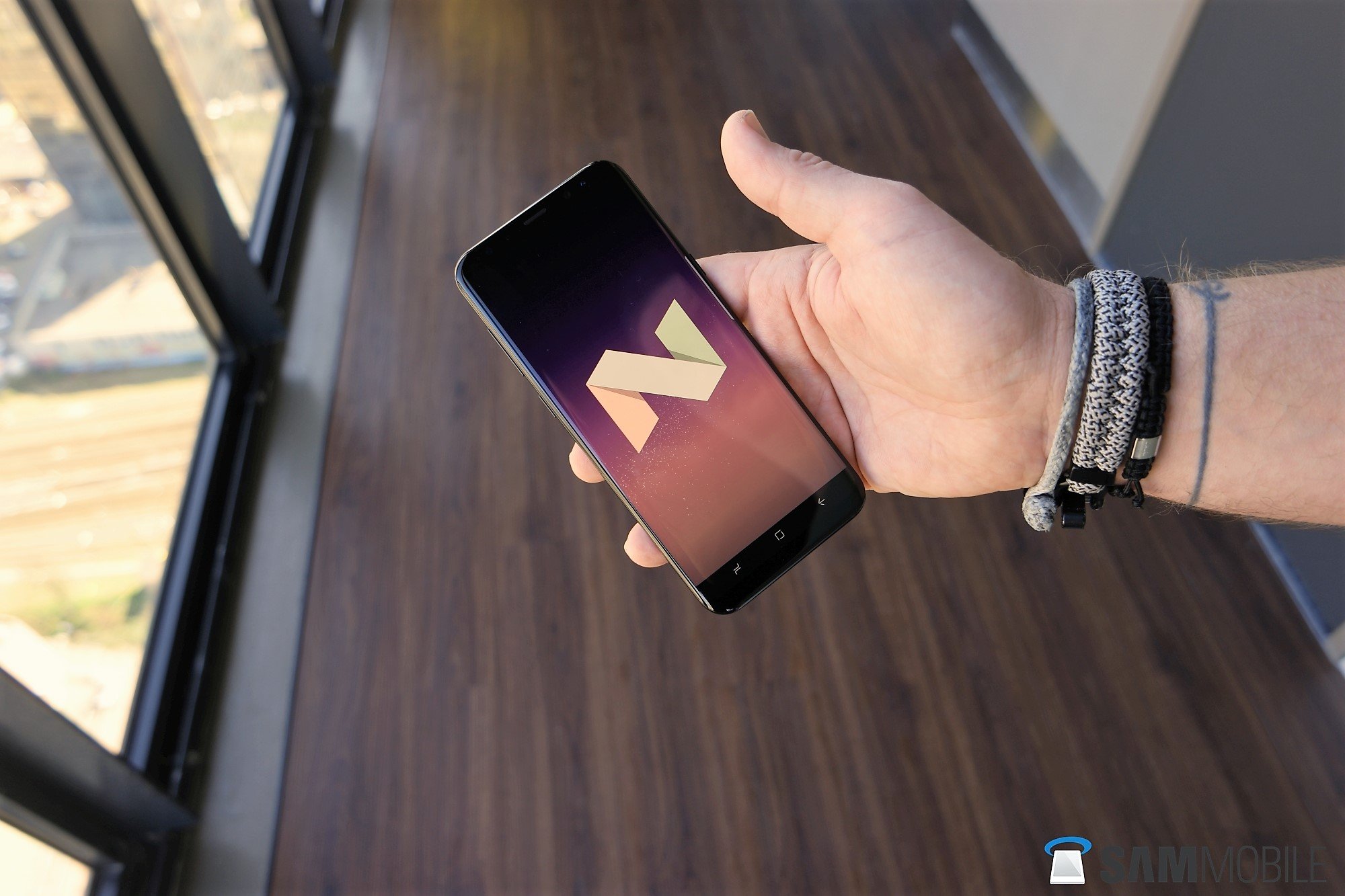 Since Samsung has been sticking to the policy of releasing a maximum of only two major Android version updates for its devices, the S8 series may not get the Android 10 update. The company, however, is still pushing out security updates at regular intervals, which also bring news features every now and then. 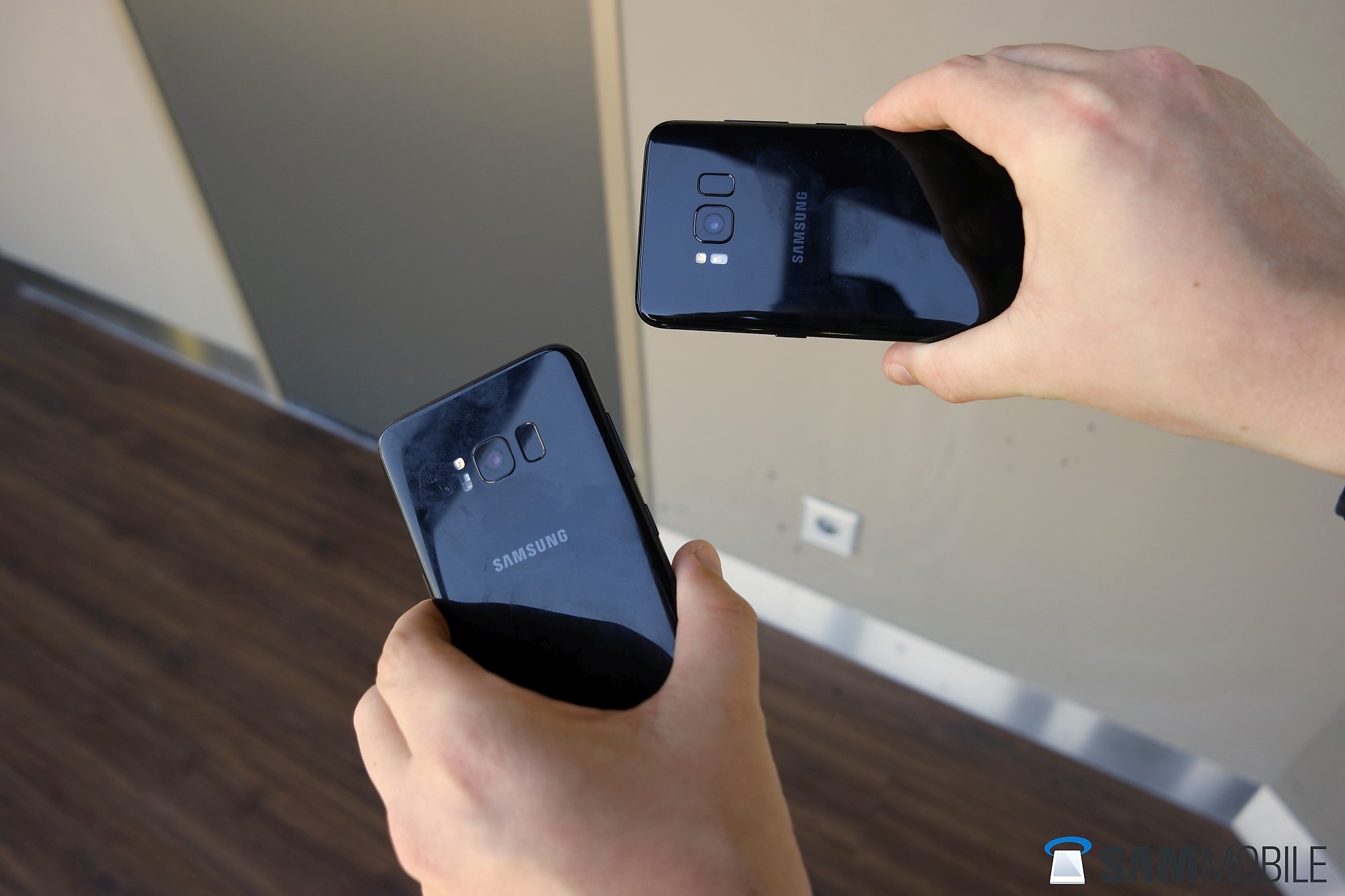 Samsung announced the Galaxy S8/S8+ on March 29, 2017, at an event in New York. Pre-orders were open the following day and the devices went on sale globally the next month. The standard version came in 4GB+64GB storage configuration and was priced $750 at launch in the US. It was available in Midnight Black, Orchid Gray, Arctic Silver, Maple Gold, and Coral Blue color options initially.

You can download firmware, Samsung APKs, and wallpapers for all Samsung devices, including the Galaxy S8, for free from our website. We also offer optional premium plans that provide additional benefits such as expert support, faster downloads, giveaways, ad-free browsing, dark mode, etc.

Do follow our coverage of the Galaxy S8, including our in-depth review, to know more about the device updates, features, tips, deals, and more.