Samsung was the second most successful wearable vendor in Q1 2021 after Apple, with market research firm IDC estimating that the company shipped a total of 11.8 million wearable devices in the three-month period. The category includes smartwatches, fitness bands, and wireless earbuds. 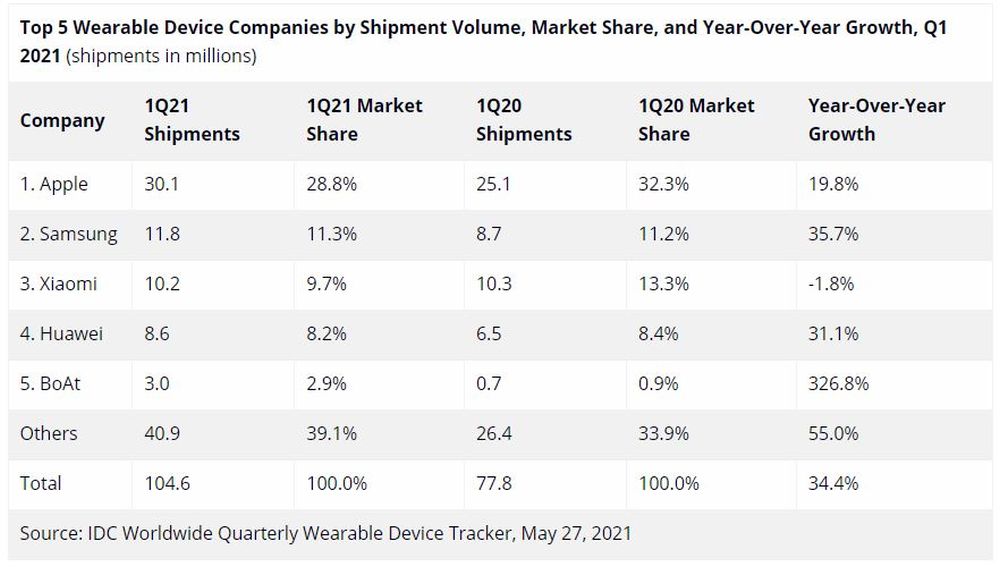 Samsung’s shipment figures were helped by its truly wireless earbuds, including the Galaxy Buds Live, the Galaxy Buds+, and the Galaxy Buds Pro, claims the research firm. In addition, Samsung’s smartwatches and fitness bands continued gaining more traction and have topped new Q1 records. The source adds that earwear shipments from JBL — a Samsung subsidiary — have also helped the Korean tech giant.

Reflecting the company’s worldwide performance, Samsung ranked 2nd in the European wearable market in the first quarter of the year, according to IDC.

The company recorded 2.8 million shipments last year, but Samsung improved its performance in Q1 2021 and recorded 3.5 million shipments. The segment was led by Apple, and Samsung was followed by Xiaomi and Huawei.

Despite Samsung’s higher shipment figures, its market share in Europe declined from 16.8% in Q1 2020, to 16.1% in Q1 2021. Apple’s market share also declined by more than 5% over the same period, as smaller companies improved their market share.