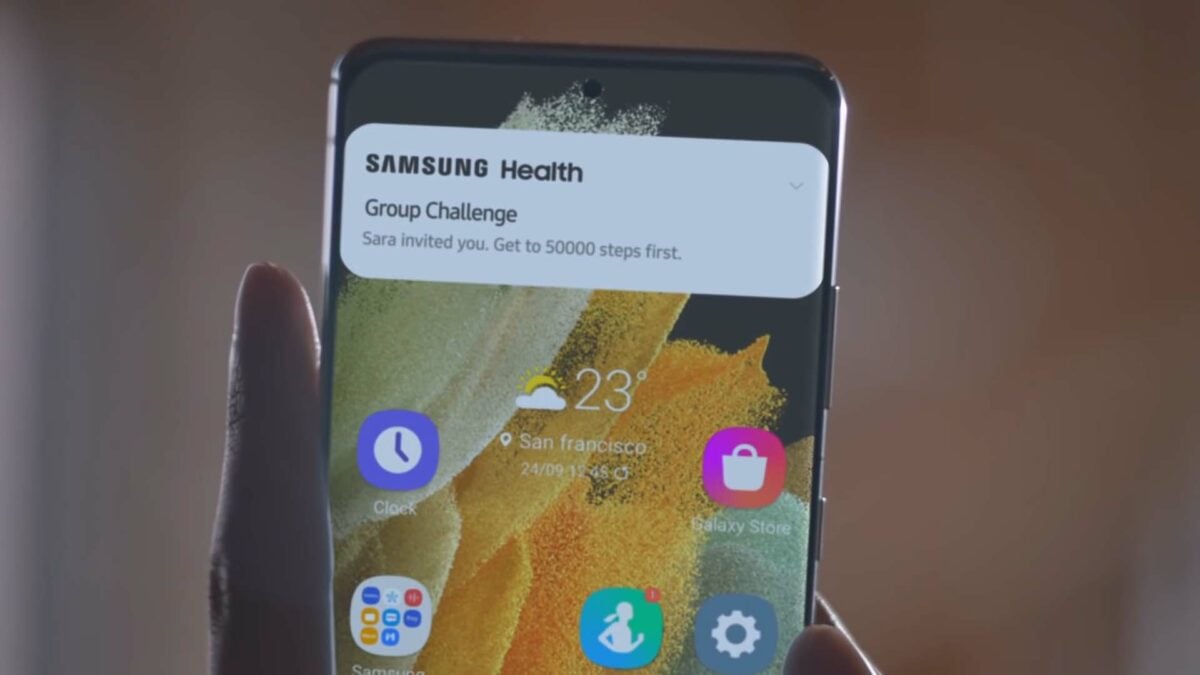 Samsung is preparing for the stable launch of Android 13-based One UI 5.0 software. The company has already released One UI 5.0 Beta to the Galaxy A52, Galaxy S20, Galaxy S21, and Galaxy S22. It is also updating its stock apps to better work on Android 13.

Samsung Health already had support for themed icons, but it only worked on the stock Samsung launcher. With the latest update, the app can display a themed icon (in dark and light themes) on any Android device running Android 13. You can see it changing colors based on the wallpaper in the screenshot below. The app uses a darker shade of the chosen color in the dark mode.

The company has also unlocked support for Google’s Health Connect API. The service was announced a few months ago as a hub to move data between various health and fitness apps and devices. Only a handful of apps currently support the Health Connect feature, but we could see a wider adoption over the next few months.