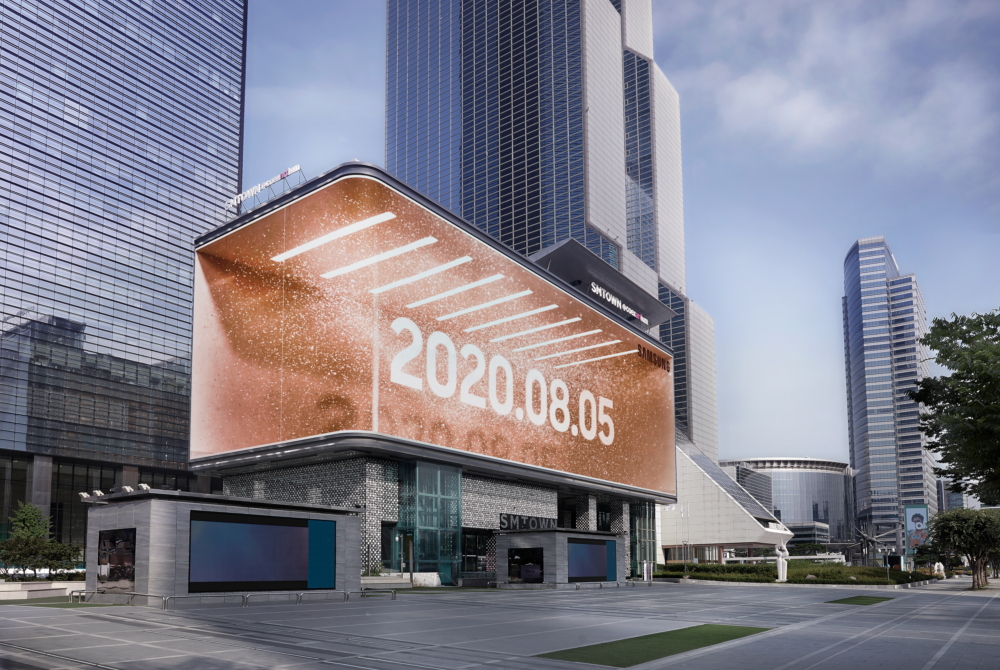 Samsung unveiled the Galaxy Z Flip 5G yesterday, and it has more device coming your way. To tease those devices, the company has started sharing sneak peeks and teasers around the world. The South Korean smartphone giant is dropping hints about the Galaxy Note 20, Galaxy Note 20 Ultra, Galaxy Z Fold 2, and the Galaxy Buds Live via stunning videos and visuals.

The world’s biggest smartphone brand started publishing a series of posts on social media last week, depicting a liquid symbol that changes shape. Samsung is trying to show that its feature-packed devices transform themselves as per your changing needs. Now, the company has started displaying these stunning visuals on facades of iconic landmarks all around the world, giving Galaxy fans a sneak peek at what’s to come.

Starting today, the teaser video is being displayed at the COEX building in Seoul. Leading up to the Galaxy Unpacked 2020 event on August 5, Samsung will put up the video in the coming days at Piccadilly and Waterloo in London, FNAC in Madrid, Times Square in New York, and Central Railway Station in Warsaw.