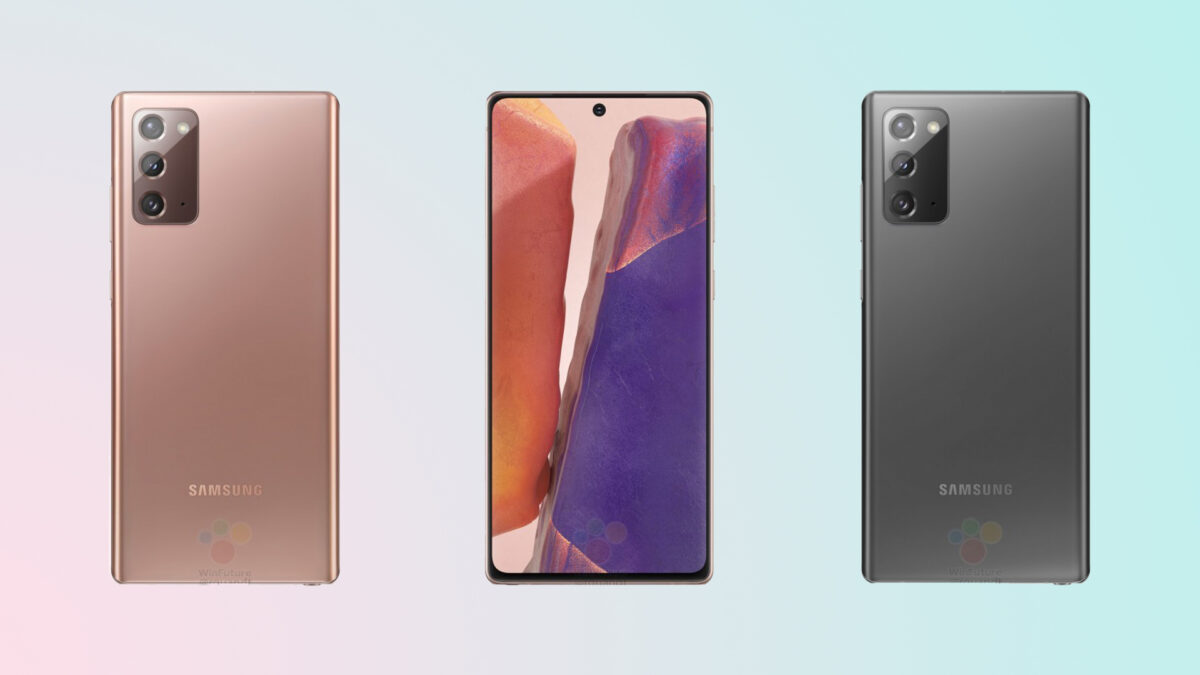 According to a report from WinFuture.de, the Galaxy Note 20 features a 6.7-inch Super AMOLED Infinity-O display with Full HD+ resolution (2400 x 1080 pixels), a 20:9 aspect ratio, HDR10+, and a 60Hz refresh rate. Yes, the phone seems to miss out on the super-fluid 120Hz refresh rate that is available on all Galaxy S20 phones and the Galaxy Note 20 Ultra. It has an in-display fingerprint reader. The phone’s S Pen latency is apparently rated at 26ms.

The phone will reportedly feature the Exynos 990 processor, at least in Europe, and it will come equipped with 8GB RAM and 256GB internal storage. It is being reported that the Galaxy Note 20 will miss out on a microSD card slot, so storage expansion won’t be possible. It will run Android 10 with One UI 2.5. We expect the phone to use the Snapdragon 865/865+ processor in the US and China.

The Galaxy Note 20, which measures 161.6 x 75.2 x 8.3mm, will reportedly be offered in three colors: Mystic Black, Mystic Bronze, and Mystic Green. The phone should also come with an IP68-certified body for dust and water resistance. 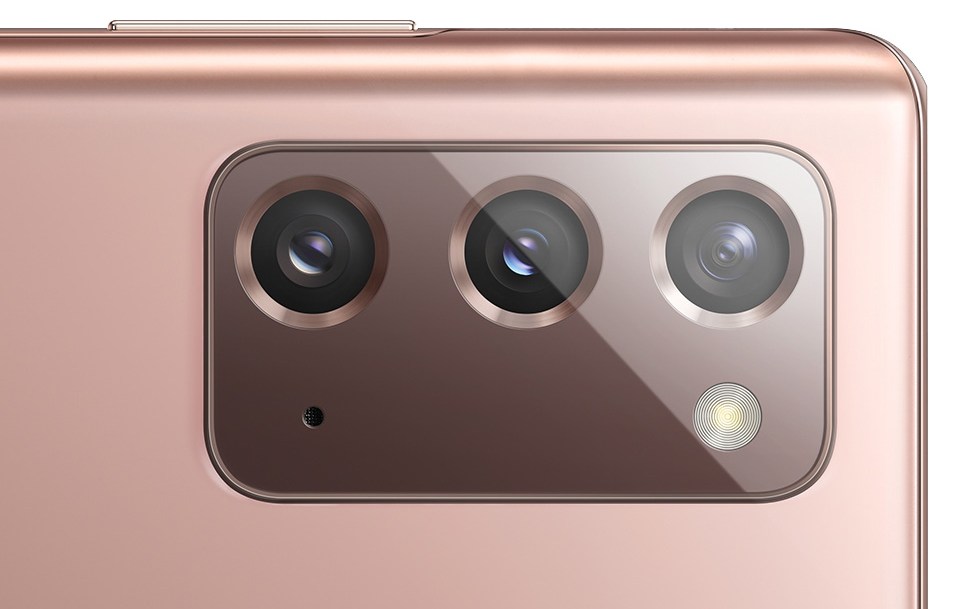 In terms of imaging, the Galaxy Note 20 will reportedly feature a 10MP selfie camera with F2.2 aperture and dual-pixel autofocus. At the rear, the phone will apparently come with a 12MP wide-angle camera, a 12MP ultrawide camera, and a 64MP telephoto camera with 3x hybrid zoom, similar to the Galaxy S20. The phone will be able to record 8K 30fps videos and up to 4K 60fps videos.