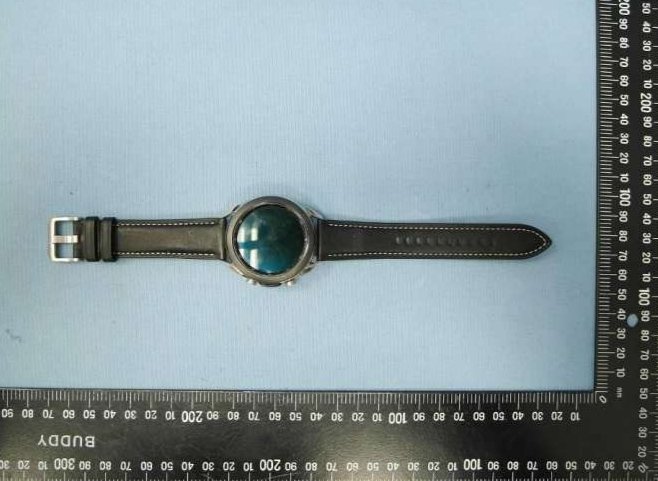 It’s only a matter of time now before Samsung unveils the Galaxy Watch 3. We have known for a few months now that it’s coming and that it’s going to bring back the physical rotating bezel. The leaks over the past few weeks have also given us a good look at the device itself.

The latest leak brings us some more Galaxy Watch 3 photos. We can see the device from multiple angles with its strap attached. The wireless charger that will ship with it can also be seen.

These newly leaked Galaxy Watch 3 photos come from the NCC regulatory filing for the device. The display isn’t turned on in these photos but an earlier leak did show that as well. The strap and charger are fairly standard for a device of this kind.

The Galaxy Watch 3 will be available in 41 and 45mm sizes. There will be 9 distinct configurations with Titanium and Stainless Steel material and Bluetooth/LTE connectivity options in black, silver, bronze/gold colors. Prices are expected to start at $400 and go up to $600 for the Titanium finish.

As far as the specs are concerned, the Galaxy Watch 3 is likely to use the same Exynos 9110 process as the Galaxy Watch Active 2. A circular AMOLED display with 360×360 pixel resolution will adorn the front. There will be 8GB of storage in addition to a 247mAh and 340mAh battery on the 41 and 45mm models respectively.

A variety of health sensors will be present onboard as well. Features like blood pressure monitoring and ECG will be supported too. It remains to be seen if they will be available from the get-go, but it’s unlikely that will be the case. Samsung may also introduce new software functionality as well as refreshed watch faces to make everything look more visually appealing.

Samsung hasn’t said when it’s going to unveil the Galaxy Watch 3 yet. If recent reports are to be believed, it’s going to be launched on July 22nd.