Samsung and Microsoft recently announced an expanded partnership that will see Galaxy devices preloaded with many of Microsoft’s apps and services. Apart from the usual Microsoft Office apps, the list of preloaded apps will now include Link to Windows as well, which is a rebranded version of Microsoft’s Your Phone PC companion app. There is also evidence that Samsung might bring this app to other Galaxy devices with the Android 10 update.

All of this put a question mark on the future of Samsung Flow, which is the company’s in-house alternative to the Link to Windows app. While the uncertainty continues to prevail, Samsung Flow has received a couple of new features in the latest v4.3.08 update, suggesting active development of the app.

With the latest update, Samsung Flow users can now mirror their phone screen on to their Galaxy tablets. Not just that, the phone screen window can be used alongside other apps on the tablet using the Multi window feature. Previously, it was possible to mirror the phone screen only on to a PC. The second new feature mentioned in the changelog is the ability to transfer entire folders instead of just files, but this didn’t work in our brief testing. 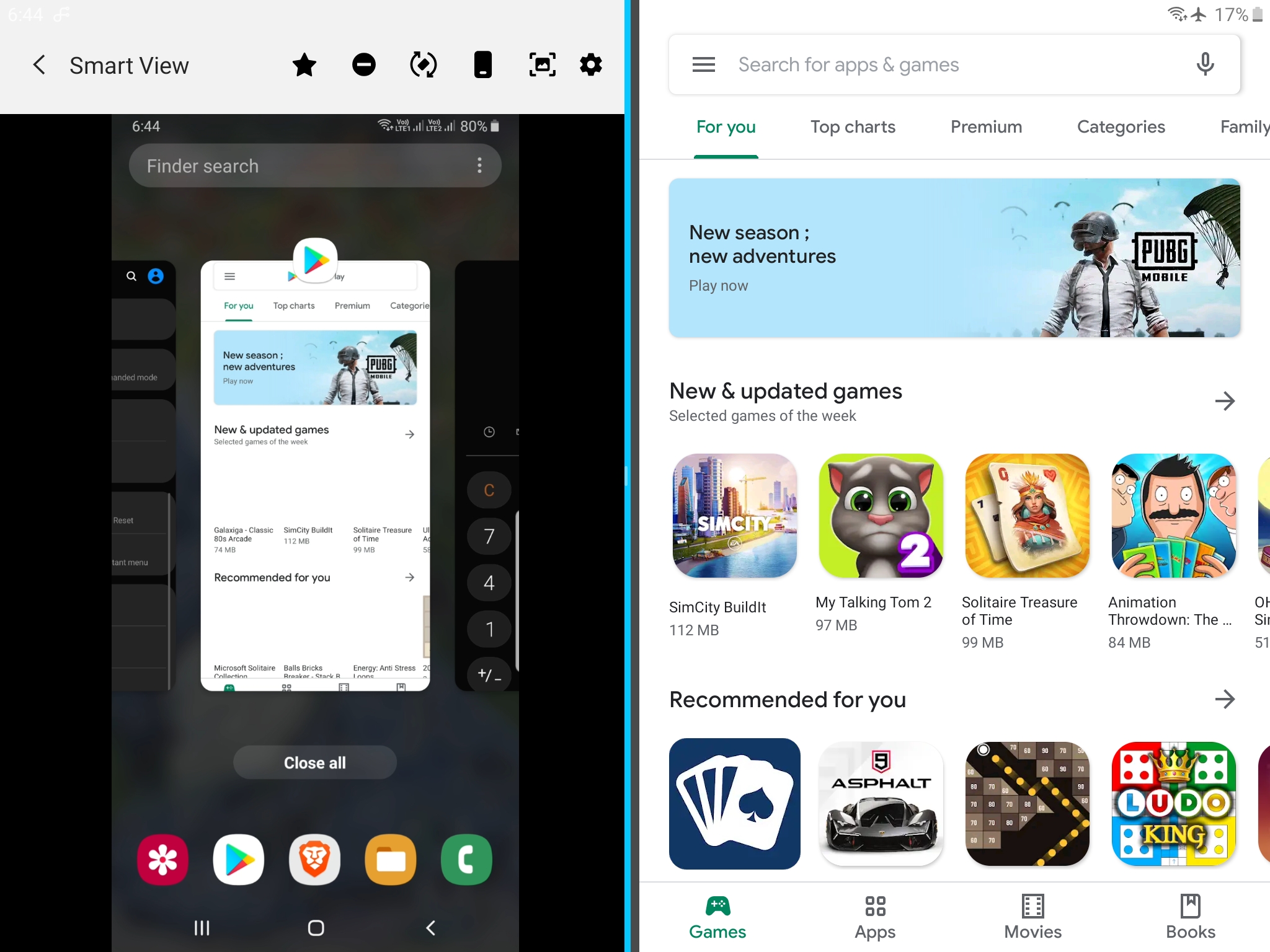 Though the arrival of new features is a good sign for the future of Samsung Flow, it cannot be taken as a confirmation that Samsung will continue to develop the app. It is possible these new features were under development even before the Korean company decided to go with Link to Windows. Either way, Samsung Flow is alive as of now, and that’s good news for many users. Hopefully, the company will at least support the app until Link to Windows reaches feature parity. Some Galaxy smartphones can now forward calls to a Windows PC

The good news regarding Samsung, Microsoft, and their quest for seamless connectivity continues. Aside from benefiting from integration with Project xCloud and seamless syncing between Samsung Notes, Reminders, OneNote, Outlook and more, Galaxy Note 20 owners will soon be able to run their mobile apps on Windows 10 PCs through Link to Windows and Microsoft’s Your […]

Samsung’s partnership with Microsoft is deepening with each passing year. After making select Galaxy devices to work with Windows 10’s cross-platform copy and paste feature, Microsoft has introduced an easier way to access files from Samsung’s smartphones on Windows machines. The Redmond-based software and services giant has announced that Galaxy smartphone and tablet users can now […]

Samsung announced an expansion of its strategic partnership with Microsoft last year. This brought the Link to Windows feature to the Galaxy Note 10, which is essentially a rebrand of Microsoft’s Your Phone Companion app. As such, this functionality could easily be used on older Samsung devices. It became evident last month that the two […]

Samsung is officially shutting down SideSync. Signs of this happening first emerged in October last year when SideSync was replaced with Samsung Flow on the Galaxy S9 series. Now the company is going to pull the plug on SideSync across the board, and users who will want to share their notifications and mirror their smartphone’s […]