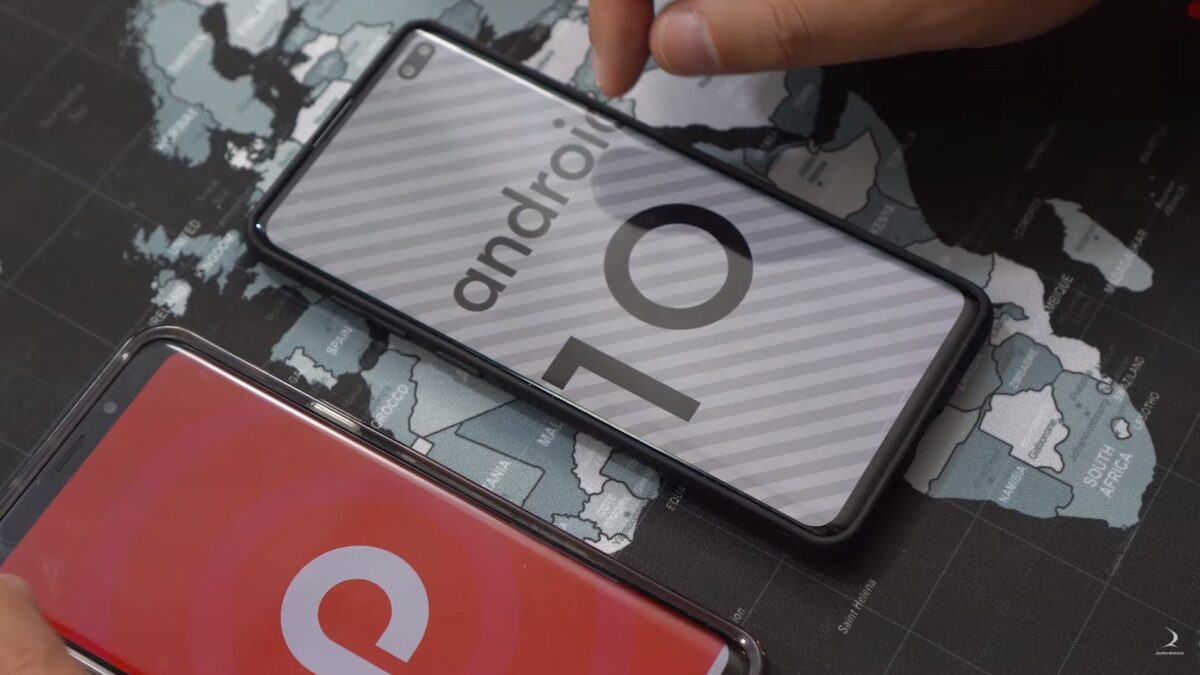 Just as Google announced that Android Q will simply be called Android 10, we’re getting our first look at the next version of Android and Samsung’s One UI interface running on the Galaxy S10+ through a video published by Brazilian technology channel Dudu Rocha on YouTube. As expected, Android 10 and One UI 2.0 on the S10+ include some of the features introduced on the Galaxy Note 10 and Note 10+ along with a couple of Android 10-specific features thrown in.

Android 10’s new gesture system can be seen in action in this video. As had been revealed earlier, Google will require OEMs to offer Android 10’s stock navigation gestures on their devices – a swipe up from the bottom of the screen takes you to the home screen, a swipe in from the left or right side of the display acts as the back button, and swiping up from the bottom and holding brings up the multitasking menu. Samsung seems to have adopted Google’s navigation gestures and given up its own implementation, although some of the UI elements in the gestures menu don’t seem to have been updated just yet. 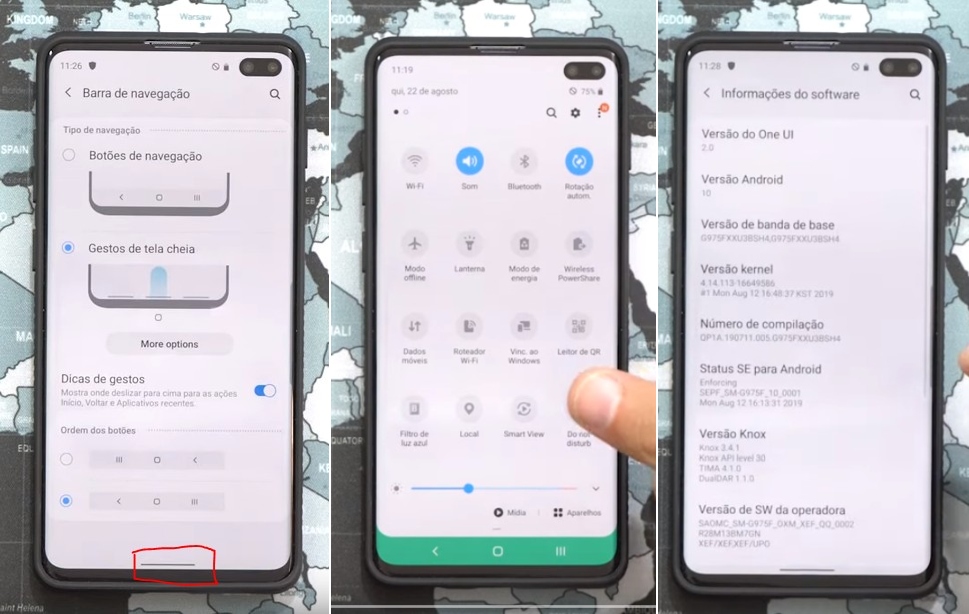 Some of the Galaxy Note 10 features visible in the video are the built-in screen recorder for recording videos of on-screen content, a Link to Windows shortcut in the quick toggles to fire up Microsoft’s Your Phone app, and Media and Devices buttons in the notification shade for quick access to all connected devices (such as TVs, Bluetooth devices, internet-enabled home appliances, and more) and for controlling media playback across those devices. Support for Samsung’s DeX PC app should be in there as well, but that’s not something we can confirm right now.

As for the One UI interface itself, Samsung doesn’t seem to have made any major changes. You now get to see more of the quick toggles on-screen when you expand the notification shade instead of having the clock take up half of the screen, but everything else seems to be similar to what we have now. Which is well and good, since One UI is already quite excellent, although Samsung could make other modifications as development on Android 10 moves forward.

And that brings us to the fact that what we’re seeing here is no doubt a very early development build, as Android 10 is yet to be released even for Google’s Pixel devices. No download link for the build has been provided, and we’re likely going to have to wait until Samsung’s developer conference this year to find out when the company will start an Android 10 beta program for the Galaxy S10 and Galaxy Note 10.

Check out the video below. It’s in Portuguese, so you will have to set captions to be translated to your prefered language if you are interested in understanding what is being said in the video.