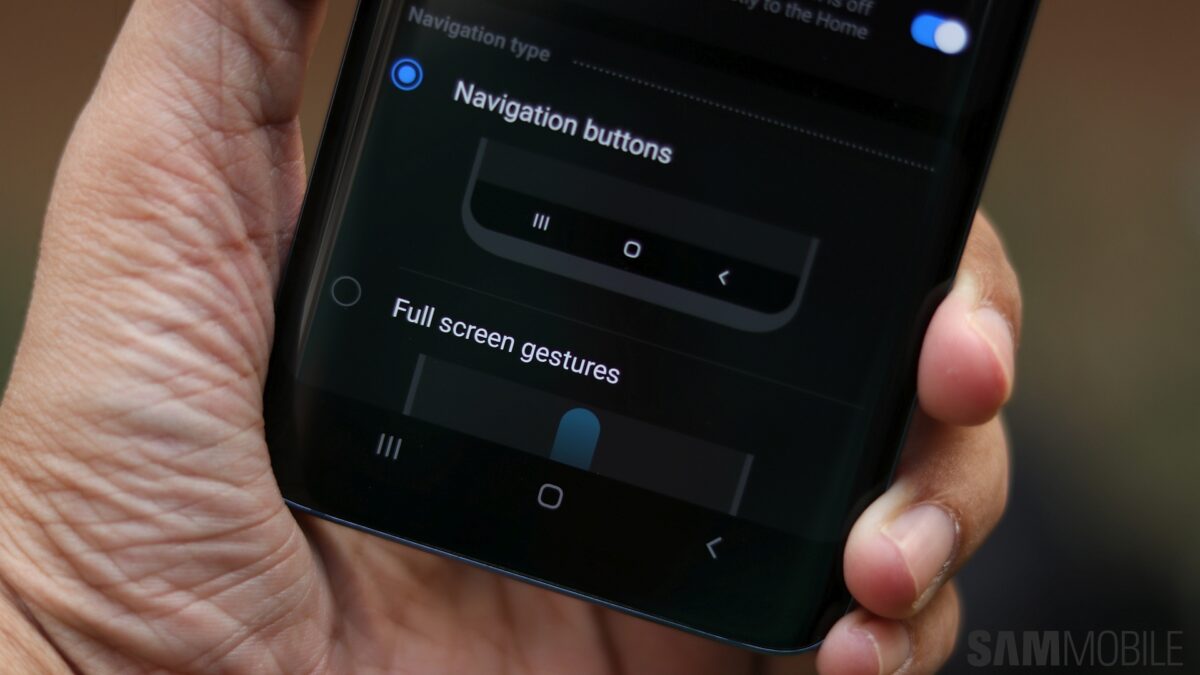 Update: It looks like Android Q will not be stopping OEMs from offering their own navigation gestures, only making it mandatory for them to also offer Google’s navigation gestures as an option. Things are a bit confusing at this point: Google first said that Android Q will not allow any gesture system other than the stock Android implementation but later confirmed to Android Authority that OEM gestures will be allowed in addition to Google’s navigation gestures. We will hopefully get a clearer picture in the coming days of what’s actually going to be the case.

The navigation gestures on Galaxy phones running Android Pie will change drastically with the Android 10 Q update. To be more precise, Android Q will make it mandatory for manufacturers to use Android’s stock navigation gestures instead of letting them use their own implementations like they’re doing on Android Pie. Android Q will still have the traditional three-button navigation bar, but gestures will be standard across every device running the tenth version of the OS.

This means that Samsung will also have to do away with its current implementation of navigation gestures, which may disappoint many considering how convenient and intuitive those gestures are. That said, Google’s mandate for a single gesture system across every Android device makes sense. It will take away the learning curve that can be involved when a consumer switches from one brand to another and, like the standard software navigation keys, make for a consistent experience.

The Android Q rule for navigation gestures is in a similar vein as the Android Pie rule for Multi Window functionality. The latter has received plenty of flak from longtime Galaxy smartphone owners as it removes some of the convenient shortcuts for quickly launching two apps in Multi Window mode. Again, Google’s attempts to streamline basic functionality across every brand and user interface make sense, but that doesn’t mean everyone is going to be happy about it.

Android Q is still many months away from an official release from Google and even further away from coming to Galaxy smartphones, but if you currently use gestures on your Galaxy device, you might want to start preparing yourself for more complex navigation gestures down the line. Of course, that’s if your Galaxy smartphone or tablet is eligible for the Android Q update, something you can confirm with a simple check.