Oreo-powered Galaxy A6 gets Bluetooth and Wi-Fi certification 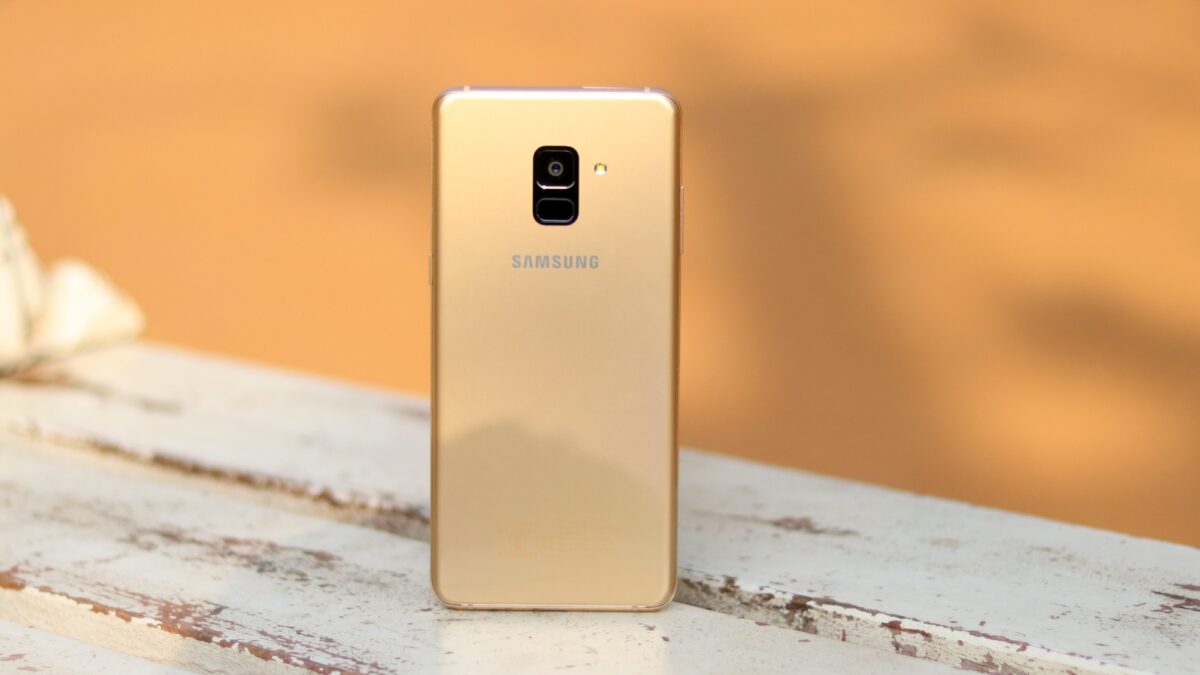 With Samsung’s Galaxy A series blurring the lines between mid-range and flagship this year with the Galaxy A8 (2018) and Galaxy A8+ (2018), the company looks to be preparing to tackle the void left behind for a more affordable A series device. The Galaxy A6 and A6+ were spotted in a benchmark in recent days, and further confirming that these are under development and possibly close to an official unveiling is the certification given to the non-Plus variant (model number SM-A600FN) by the Wi-Fi Alliance and the Bluetooth SIG.

Oreo-powered Galaxy A6 gets Bluetooth and Wi-Fi certification

As revealed by the benchmark listings for the Galaxy A6 and Galaxy A6+, these handsets will be powered by modest chipsets, namely the Exynos 7870 and the Snapdragon 625 respectively, putting them slightly below last year’s Galaxy A5 and Galaxy A7 (which were powered by the Exynos 7880). They even run Bluetooth 4.2 instead of 5.0 like the A8 lineup, which is a good indication that we’re looking at replacements for the 2017 Galaxy A models. The A6+ should be slightly more decked out as the new trend would have it for Samsung’s Plus models, as it was spotted with 4GB of RAM while the A6 was spotted with 3GB. 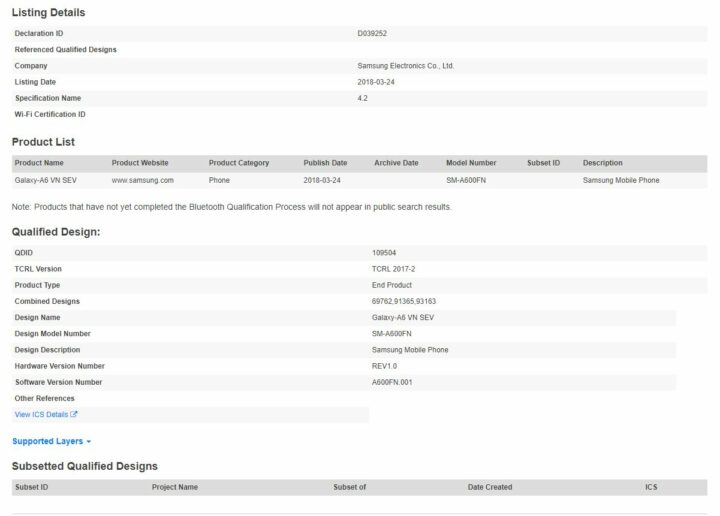 Coupled with the Snapdragon 625, the A6+ might be the more solid performer overall, unless Samsung has managed to optimize its Exynos chip to offer similar performance to Qualcomm’s competing chip, something that it was unable to do last year. Naturally, what will be the same on these phones is the version of Android. That would be Android 8.0 Oreo, which is what every new Samsung device over the course of the year will run out of the box and will also hopefully make it to existing devices before it’s too late to matter.

Despite these certifications, it’s not easy to say when the Galaxy A6 and Galaxy A6+ could go official. Samsung is working on a good number of new devices this year, including a Galaxy J8 and Galaxy J8+, and they could all be unveiled at any time between now and the launch of the Galaxy Note 9. Samsung had filed for a trademark for the Galaxy A6 many years ago, though, and it looks like the time is finally right for the company to be slapping that name on an actual device. 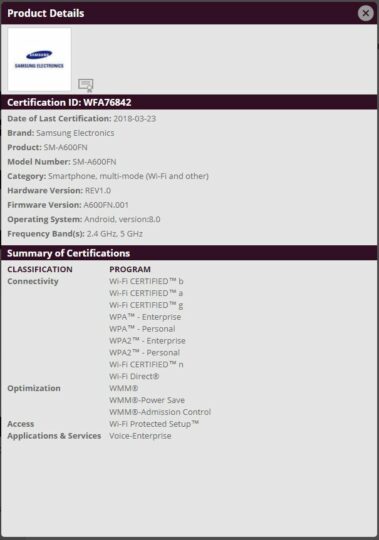 Galaxy A6 (2018) gets Android 10 firmware update at Sprint, Virgin Mobile