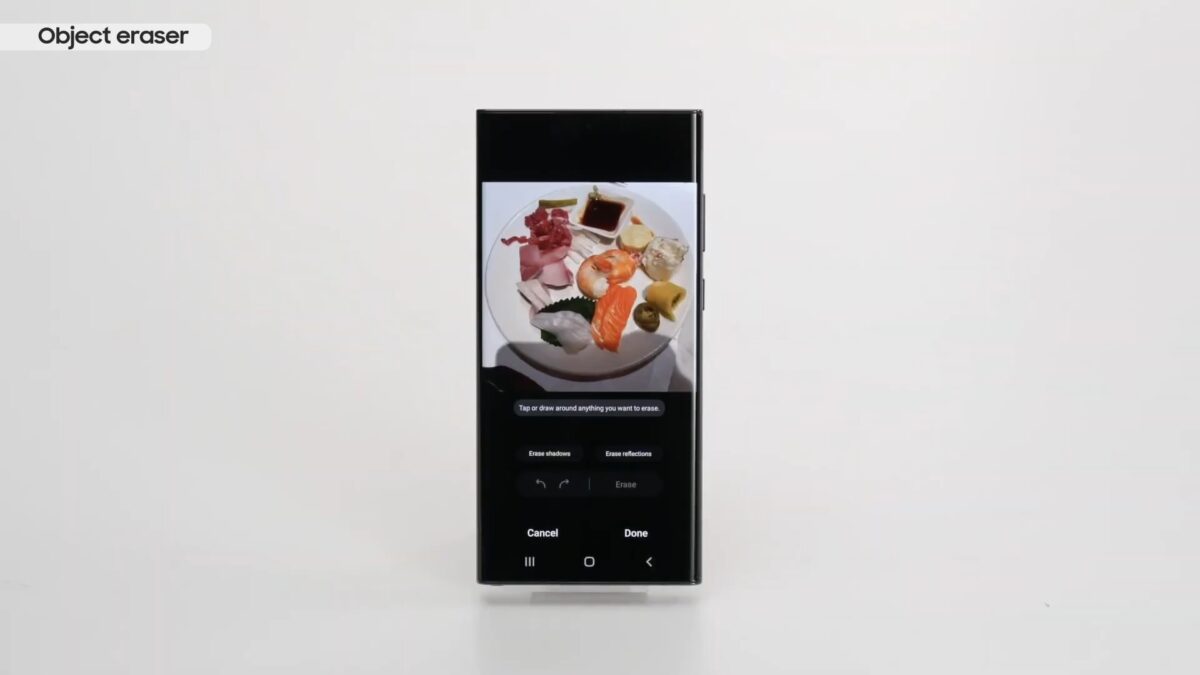 Samsung debuted One UI 4.1 with the Galaxy S22 and the Galaxy Tab S8 series. The newer version of One UI brings a lot of features to the table, including Google Duo live sharing, improved image editing, and easier file sharing. Today, the company announced that most of those features will be released to older Galaxy devices as a part of the One UI 4.1 update.

Samsung said that One UI 4.1 includes the Google Duo Live Sharing feature. It allows users to share their phone or tablet’s screen with their friends over a Google Duo call. Users can view photos in the Gallery, browse the web, and collaborate Samsung Notes together. They can even watch YouTube videos or plan a trip using Google Maps together.

The Object Eraser plugin for the Samsung Gallery app allows users to remove unwanted objects, shadows, and reflections from an image after it is captured. These new features will be released to more Galaxy smartphones and tablets with the One UI 4.1 update.

With the upcoming update, a Galaxy device can automatically notify you if an image you are sharing with your family or friends has a potential issue, and it will offer you to crop out unwanted things or adjust the tilt. An updated version of Quick Share (Samsung’s own file sharing service) allows users to share multiple images, videos, and files simultaneously.

With One UI 4.1, Samsung is also introducing Grammarly-powered typo and grammar correction to Samsung Keyboard. It will also offer advanced suggestions such as sentence formation clarity, finding synonyms to reduce repetition, and more fluent writing.

The One UI 4.1 update will be released to various Galaxy A, Galaxy M, Galaxy F, Galaxy Tab, and Galaxy Xcover series devices as listed in the image below.