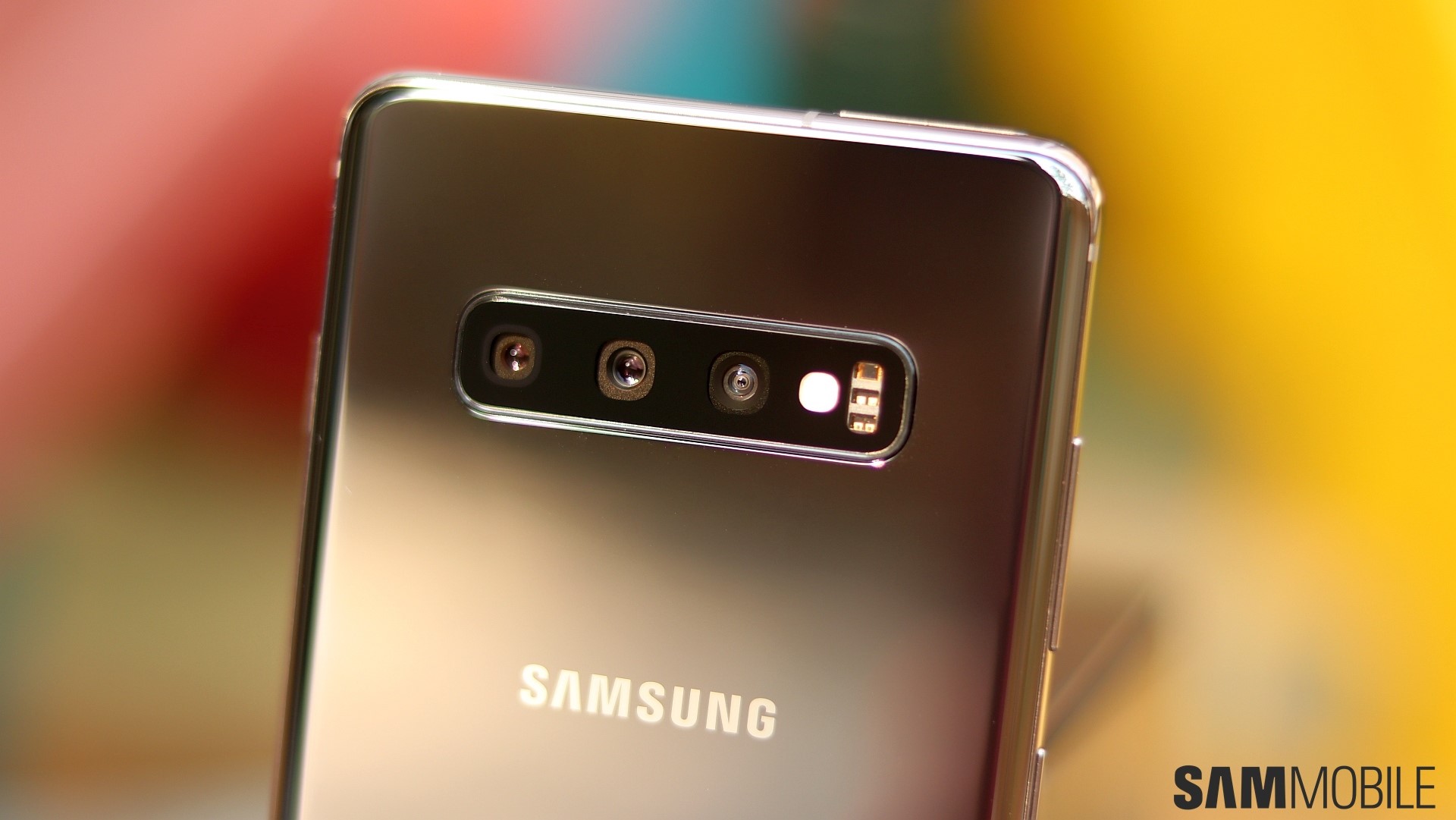 The positioning of the previous Galaxy S flagships was simple with only two models: a regular model that is compact and cheaper and a Plus variant that is larger, slightly better, and more expensive. The Galaxy S10 lineup takes away this simplicity with four models: Galaxy S10e, Galaxy S10, Galaxy S10+, and Galaxy S10 5G.

Even ignoring the Galaxy S10 5G, which will go on sale in the coming months in select markets, the S10 lineup still has one model more than its predecessors. The Galaxy S10e has taken the position of the compact and cheaper model, leaving the Galaxy S10 in a weird middle position with no specific and large-enough market segment to target. None of this is to say it is a bad device. It definitely isn’t. It’s just that it’s stuck in between two great options.

The look and feel of the Galaxy S10 are identical to its larger sibling in every way, except that it is relatively smaller in size and has a single punch-hole camera on the front. The smaller and circular cutout in the display makes the punch-hole less obtrusive on the S10 than it is on the larger variant. Other than that, the Galaxy S10 is essentially a smaller replica of the S10+ in terms of design and build quality. It measures 149.9 x 70.4 x 7.8 mm and weighs 157 grams.

Made out of glass and metal (regular S10 doesn’t offer the ceramic option), it has Gorilla Glass 5 on the back and Gorilla Glass 6 on the front, with a metal frame in between the two. On the front, it sports a nearly edge-to-edge curved Infinity-O display with a camera punch-hole on the top-right side of the screen. The display also houses the ultrasonic in-display fingerprint scanner. To make the bezels and camera punch-hole smaller, Samsung had to remove the notification LED, which some may find inconvenient.

The power button is on the right side of the device, while the volume rocker and Bixby button are on the left. Down below, there is a headphone jack, speaker grille, and USB Type-C port, leaving the SIM slot at the top. The backside of the device is clean with only a horizontally-placed triple-camera system and an LED flash

The Galaxy S10 comes with a 6.4-inch Dynamic AMOLED Infinity-O display, Exynos 9820 Octa/Mali-G76 MP12  or Qualcomm Snapdragon 855/Adreno 640 SoC depending on the region, 8GB RAM with 128GB or 512GB internal storage, single or hybrid SIM slot – both of which support microSD, triple-camera system on the back, single selfie shooter on the front, AKG-tuned stereo speakers, USB Type-C port, Samsung Pay with MST, IP68 certification, 3,400mAh battery with fast wired and wireless charging up to 15W, Wi-Fi 6, reverse wireless charging, and more. Just like S10+, it runs on Samsung’s One UI, built on top of Android 9 Pie, out of the box. Currently, the device has the February security patch.

You can find the complete list of specifications on our Galaxy S10 page here.

Display size is one of the major differences between the various Galaxy S10 models. Barring the size, all the displays are identical in terms of quality and features. The regular S10 has a 6.1-inch Quad HD+ Dynamic AMOLED Infinity-O display. It’s a curved panel with a pixel density of 550 PPI, making it the sharpest screen among all the Galaxy S10 models. The display has a small, circular cutout on the top-right for the selfie camera, which looks far less obtrusive than the dual-camera cutout on the S10+. The display also packs the industry’s first ultrasonic in-display fingerprint scanner, located towards the bottom side of the screen.

Samsung says it’s the first HDR10+-certified smartphone display, promising vibrant colors. It features dynamic tone mapping for increased color accuracy. As it happens with every Galaxy flagship’s display, it has been rated as the best smartphone display in the market currently by DisplayMate. The review site is particularly impressed with the display’s color accuracy, which it says is “visually indistinguishable from perfect.”

The rear camera hardware on both the Galaxy S10 and S10+ are identical. It includes a 12MP f/1.5-2.4 Dual Aperture primary lens with PDAF and OIS, a 16MP F2.2 ultra-wide lens with 123-degree FOV, and a 12MP F2.4 telephoto lens that enables 2x optical zoom. The rear cameras can shoot 4K and HDR10+ videos which aligns nicely with the HDR10+ capabilities of its display.

The front camera setup is where the regular S10’s camera capabilities differ from the Galaxy S10+. The regular model doesn’t have S10+’s 8 MP f/2.2 depth sensor, so its Live Focus feature, Samsung’s name for bokeh effect, may not be as good as its larger sibling. The primary selfie shooter, however, is the same 10MP f/1.9 Dual Pixel Auto Focus camera found in other S10 models. The front camera is capable of 4K recording, the first for a Galaxy device.

The Galaxy S10 camera features and UI are the same across all models. The new flagships come with a dedicated Instagram mode in the main camera, new AR Emoji features and improvements, Scene Optimizer enhancements, Flaw Detection feature, etc.

On the software front, the Galaxy S10 series doesn’t bring anything new to the table. It runs Android 9 Pie out of the box with Samsung’s One UI 1.1 on top, which is a minor incremental update to the One UI 1.0 on other Samsung devices like the Galaxy S9/S9+, Note 9, etc. Digital Wellbeing and Bixby Routines are the only two major new additions here. Rest of the software experience here is similar to the other Galaxy devices with One UI.

Digital Wellbeing aims to reduce smartphone addiction by providing better usage insights and tools to control usage habits. It’s not a Samsung feature but an Android 9 Pie feature from Google. Bixby Routines are Samsung’s version of IFTTT that helps users to automate many mundane and repetitive actions on their smartphones. While it’s not as exhaustive or powerful as Tasker or IFTTT, it has enough potential to appeal to the users who never tried such automation tools before. You can read more about the Bixby Routines here.

Samsung launched the Galaxy S10 series on February 20 at the Unpacked 2019 event in San Francisco. The new flagships were up for pre-order the next day in many markets around the world and went on sale in more than 70 countries on March 8. Samsung offered Galaxy Buds for free or at a heavily discounted price for those who pre-ordered any of the Galaxy S10 models in select markets.

You can follow our coverage of the Galaxy S10 to learn about new features, updates, tips, and more. To download the latest Galaxy S10 firmware, you can head over to our firmware section. 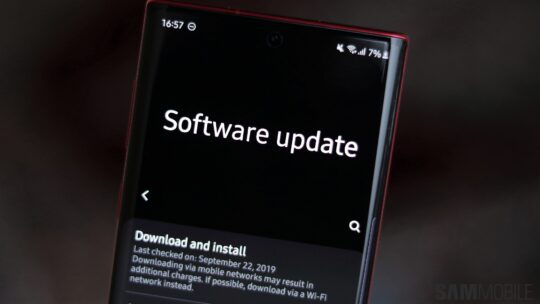 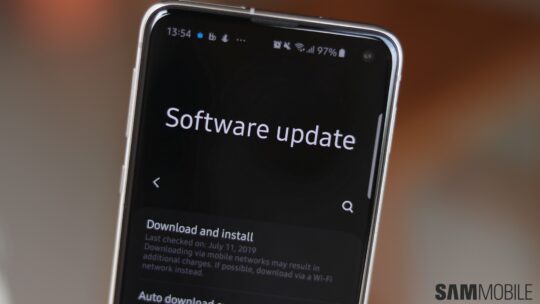 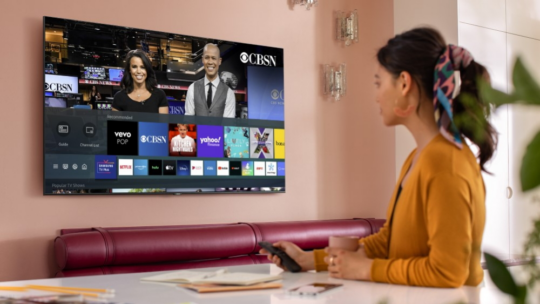