In what is the first Galaxy S9 leak after Samsung officially announced the date on which its next flagship will be unveiled, a video has cropped up on Weibo, purportedly showing a dummy unit of the smaller of the two Galaxy S9 variants. The dummy unit has a single rear camera with the fingerprint sensor positioned underneath, just like it’s supposed to according to earlier leaks and rumors, but there’s no way to tell if it’s a true representation of the retail version of the Galaxy S9.

The dummy unit seems to be slightly thicker (and wider?) than the Galaxy S8, but the video isn’t clear enough for us to be sure. There’s a chance this could also be a Galaxy S9 clone, which are already making the rounds, or perhaps this is exactly how the S9 will look. With Samsung attempting to “reimagine the camera” with its upcoming flagship, that single rear camera on the S9 is a sign that the company is finally going the Apple route and keeping some of the goodies exclusive to the bigger variant of its new flagship. This video may just confirm some of the recent leaks on that front.

Of course, that’s if this video indeed shows a dummy unit that’s a close representation of the final product, but we’ll need more info to get a clearer picture. Check out the video below, and let us know what you think. Also check out what we expect to see on the Galaxy S9 and Galaxy S9+. 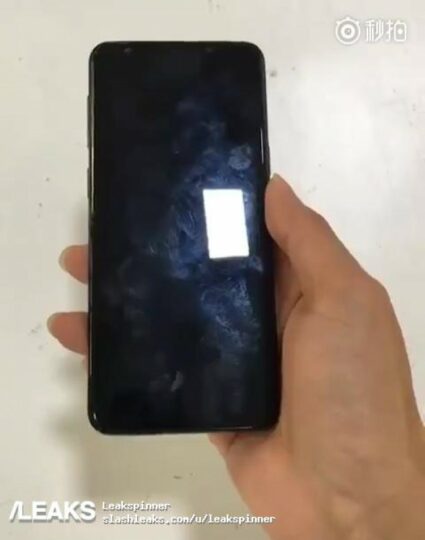 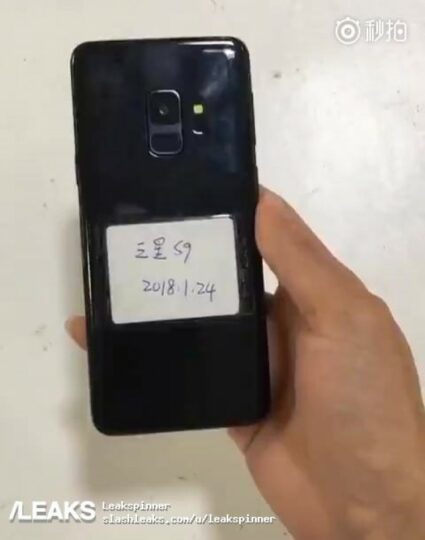 S9 ITH THE BEST PHONE EVER

It could be, but could also be one of the Chinese clones that have already hit the market, as the screen isn’t switched on which gives away whether it is fake or not.

Waiting for Note 9… with my beloved S-Pen.

Don’t you think the smudges on the lens are from handling it like a dummy phone?

Yup but you have just a few months and a new S series is around the corner with NEW technologies makins the Note mmm… look a little dated.