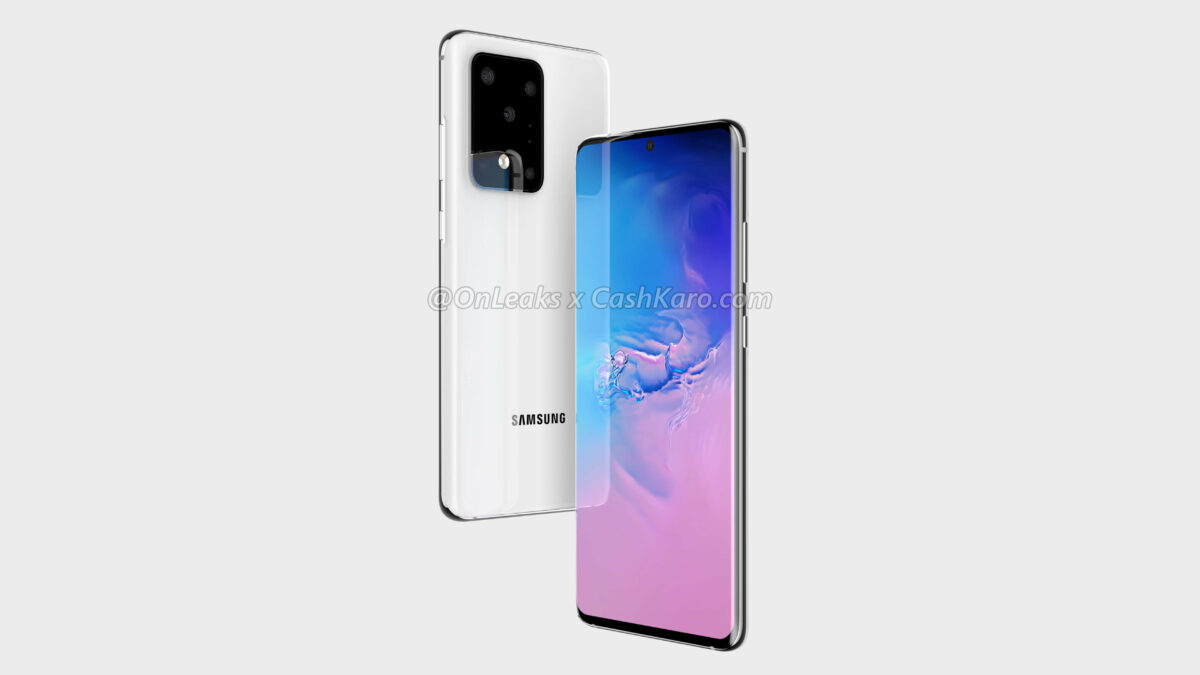 As if that wasn’t enough shock and awe, the Galaxy S11+ appears to have an absolutely bonkers camera layout. It’s unlike anything that we have ever seen before on a Samsung smartphone. Yet it now seems like a done deal.

Galaxy S11+ camera layout is unlike any other Samsung smartphone 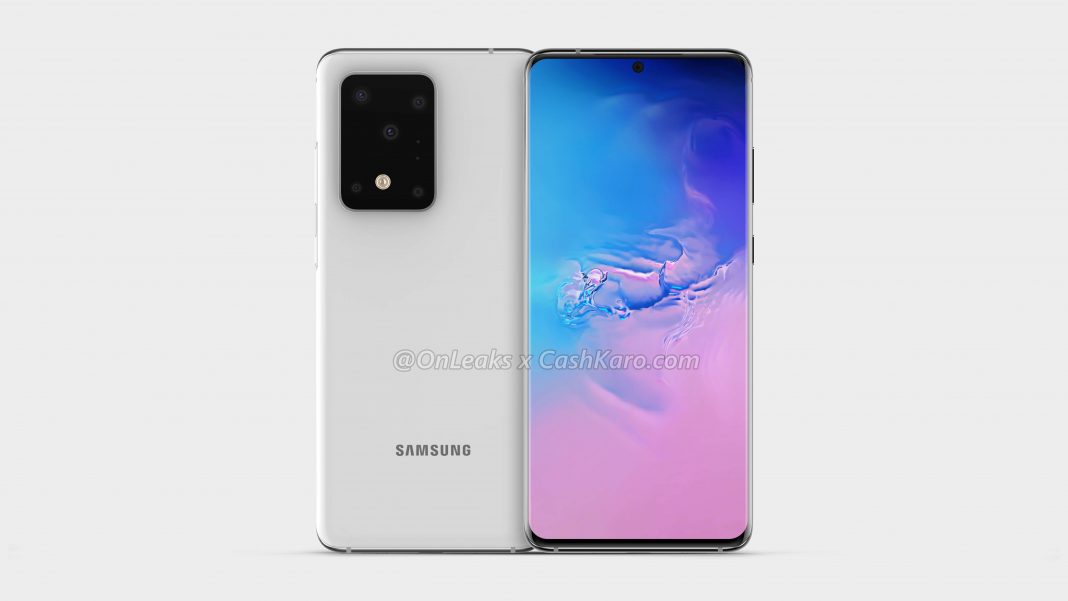 The design itself is similar to what we have seen in the other leaked renders. Slim bezels, a taller display and no headphone jack. All of the physical buttons have been moved to the right frame. The Galaxy S11+ is expected to feature an impressive 6.9-inch Super AMOLED display. The punch hole for the front camera is in the center like it currently is on the Galaxy Note 10.

It’s said to measure in at 166.9 x 76 x 10.2mm including that camera bump. That’s really the elephant in the room here. It appears to have five different sensors. The information available so far suggests that there’s going to be a primary 108-megapixel camera. It will be accompanied by a telephoto lens that offers 5x optical zoom and optical image stabilization. An ultra wide-angle lens may also be onboard with a ToF sensor. There has been some talk about laser autofocus as well. It’s not yet clear what the fifth sensor might be for, perhaps there are dual ToF sensors, but that’s just speculation right now.

Samsung obviously has to offer something extra on the Galaxy S11+. Additional camera functionality will be a good way to justify whatever it ends up charging for the device. It’s going to have the same Exynos 990/Snapdragon 865 processor under the hood as the other models, though. The entire Galaxy S11 lineup is also expected to feature a 120Hz refresh rate display panel. 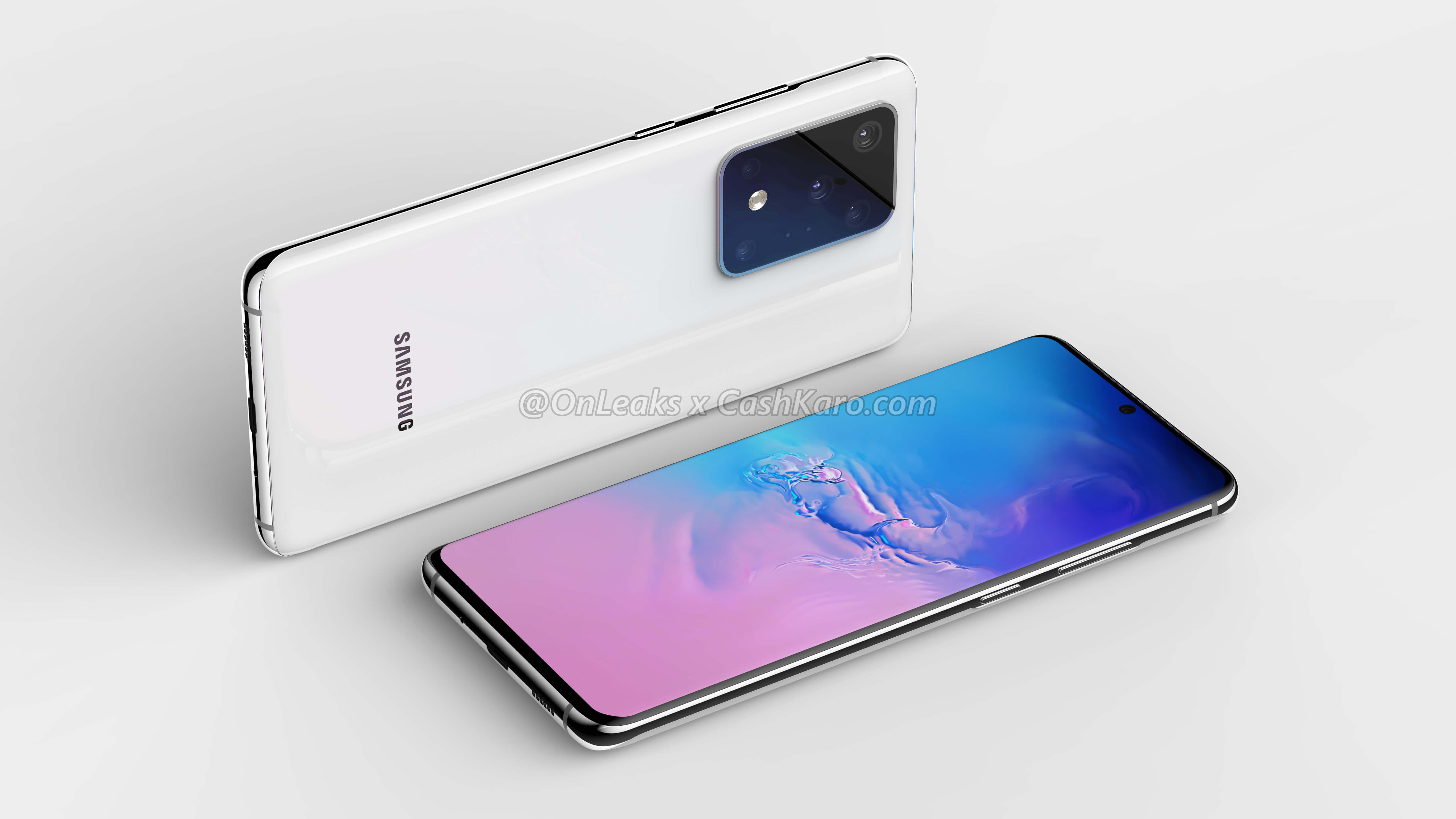 Keep in mind that this leak is from an unofficial source so things could change. It’s evident that the camera layout will result in a lot of debate among fans. What do you think of the Galaxy S11+ based on these renders? What are your theories about this bonkers camera layout? Share your thoughts with us in the comments below.