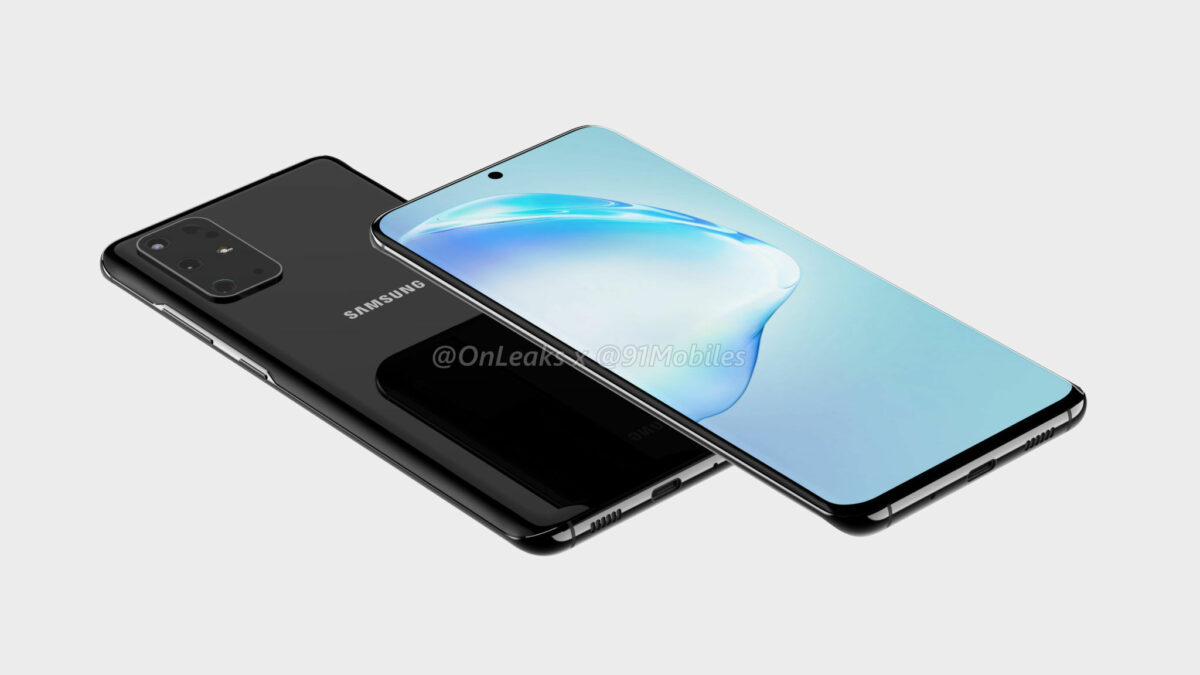 The very first CAD renders of the Galaxy S11 were leaked online today. They have given us a good idea of what Samsung’s flagship smartphone might look like. One of the biggest design changes has been made at the back. It appears that the Galaxy S11 will feature a new L-shaped camera setup at the back.

What many of you might have noticed is that the camera is no longer positioned in the center. The new camera setup is right-aligned and positioned vertically. With it, we and many of Samsung’s fans feel, the company has done away with one of its signature design elements.

The cameras always used to be at the back of a Samsung flagship, the very first Galaxy S handset being an exception. In all of those years, Samsung didn’t shift the position even though every other manufacturer would go on to toy with the idea and later adopt it. That didn’t deter Samsung and any changes in the appearance or size of the camera module notwithstanding, the center-alignment remained the same.

There was a time when one could say that Apple drove hardware and design trends in the smartphone market. There’s not much truth to that anymore. Chinese manufacturers have a lot of influence in the market and the sheer numbers that they’re shipping are pushing others to either adapt or get left behind. On the other hand, Samsung has been on a roll for the past few years. it has pushed the boundaries with innovative display technologies and has been able to shun the negative perception of being an Apple copycat. It’s even leading the way on foldable smartphones.

You may never have given it a thought that this design element would eventually come to be subconsciously associated with a Samsung flagship. In a sea of Chinese handsets that looked or less the same when viewed from behind, you could simply look at the camera alignment and tell the Samsung apart. The eagle-eyed among us could even pick out the exact model.

Samsung did make this change for some of its more affordable devices and many did feel that it was merely getting with the times. The Chinese were highly competitive in that segment of the market so it had to do whatever it could to beat them at their own game. That drive has even led Samsung to outsource production of over 60 million handsets to third-parties just to beat or even just match the Chinese on price.

It was the Galaxy Note 10 which revealed to us where Samsung would be headed in terms of design going forward. This year’s flagship phablet does have a right-aligned vertically positioned camera at the back. Some fans voiced their displeasure at it but seeing as how well the Galaxy Note 10 has performed in the market, it’s evident that its other strengths convinced them to get over their dislike for the camera placement.

Much of the negative feedback on these renders has been about the camera layout and placement. Many of our readers feel that this is unnecessary and that it would seem as if Samsung’s merely following a trend set by others. It’s possible that there may have been some engineering challenges that forced Samsung to make this decision.

The Galaxy S11’s camera is shaping out to be unlike anything seen before on a Samsung smartphone. However, given that this had already been done with the Galaxy Note 10 which didn’t break new ground in the camera department, it was basically futile to expect Samsung to retain one of the last vestiges of its signature design.

This won’t inherently make the Galaxy S11 “bad.” It all just comes down to personal preference. The vast majority of people who aren’t that invested in the entire journey of a device from concept to production would probably not even notice it. Only the fans will feel a bit bummed out and that’s really not a major inconvenience for Samsung in the larger scheme of things.