Samsung is a company which spends a lot of its capital on research and development. It also likes to experiment with new technologies, and isn’t afraid to take risks. Once the Korean firm sees potential in a particular technology, it usually develops a consumer prototype which it then launches in its home country, South Korea. This allows Samsung to collect valuable feedback from the public, which it then uses to improve the technology or the product. The Korean giant’s latest experiment is the Galaxy Note Edge, the company’s second smartphone with a curved display – the Galaxy Round was the first one, but you probably never held one in your hands, as it was a Korea-exclusive launch.

We have been using the Galaxy Note Edge since the last two weeks as our daily driver, and we are finally ready to give you our full review of the device. Is it a gimmick or actually something useful? Let’s find out. 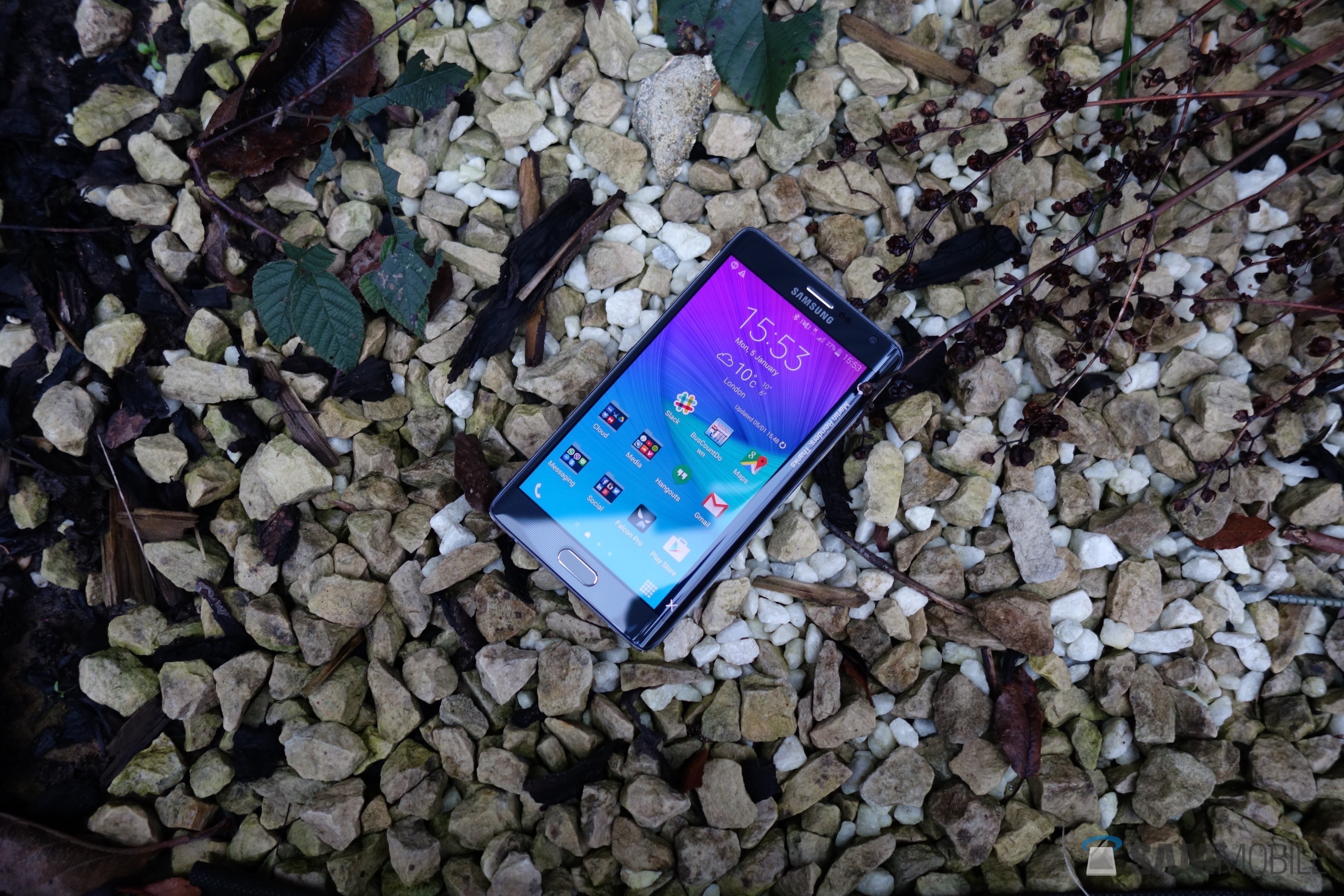 The Galaxy Note Edge is Samsung’s third device sporting a metal frame with a polished chamfered edge on the top, which most certainly gives the device a premium feel and look; this was something we had wanted in Samsung phones for a long time, and it’s finally here. At first glance, you might mistake the Note Edge for the Note 4, because they look very similar to each other. Even technically, it’s a Note 4 at its heart, except for a few changes here and there. Just like the Note 4, the Note Edge also features a faux-leather removable back cover, which is soft to touch and provides an extra bit of grip.

Many people dislike Samsung’s new strategy of using hybrid build materials on its flagship devices: a metal frame and a plastic back cover. We completely understand that a unibody aluminium body feels a lot more premium and luxurious than the current hybrid model. However, there are more disadvantages of going all aluminium than advantages. And with the Note Edge, it would have completely ruined the ergonomics due to the curved display on the right of the device, as even currently the ergonomics are a bit odd.

The biggest issue we encountered was whenever we used to pick up the device from a table or flat surface, we could grip the left side properly, but had a bit of trouble with the right side; to make space for the Edge display, the Korean firm had to sacrifice a bit of metal on the right side of the device, and wrap it behind the device. We always had a fear that we would drop the device. The chamfered edge strip is the only grip on the right side of the device. Now, it’s not that bad when actually using the device, due to a small lip of grip we had; we used to rest our thumb on the actual edge display, which sometimes registered unwanted touches. But thankfully, most of the time the thumb rejection technology worked very well.

Dimension-wise, it comes in at 151.3 x 82.4 x 8.3mm – it’s not one of the thinnest devices out there, but it is thin. However, it is certainly wide – it’s a bit too wide. We wouldn’t recommend anyone to use the Note Edge with one hand, because we have dropped it a few times by doing exactly that. So, don’t do it!

Overall, we are very pleased with the design and build quality of the Galaxy Note Edge. It’s one of the company’s weirdest, most gorgeous designs ever. And it’s the first Samsung device which really attracts attention. It doesn’t matter if the person is a techie, or just an ordinary human being, if that person’s eye catches a glimpse of the Edge display while it’s turned on, he/she will most probably ask you what device is that. Trust us, it has happened to us, not once, not twice, but a few times. 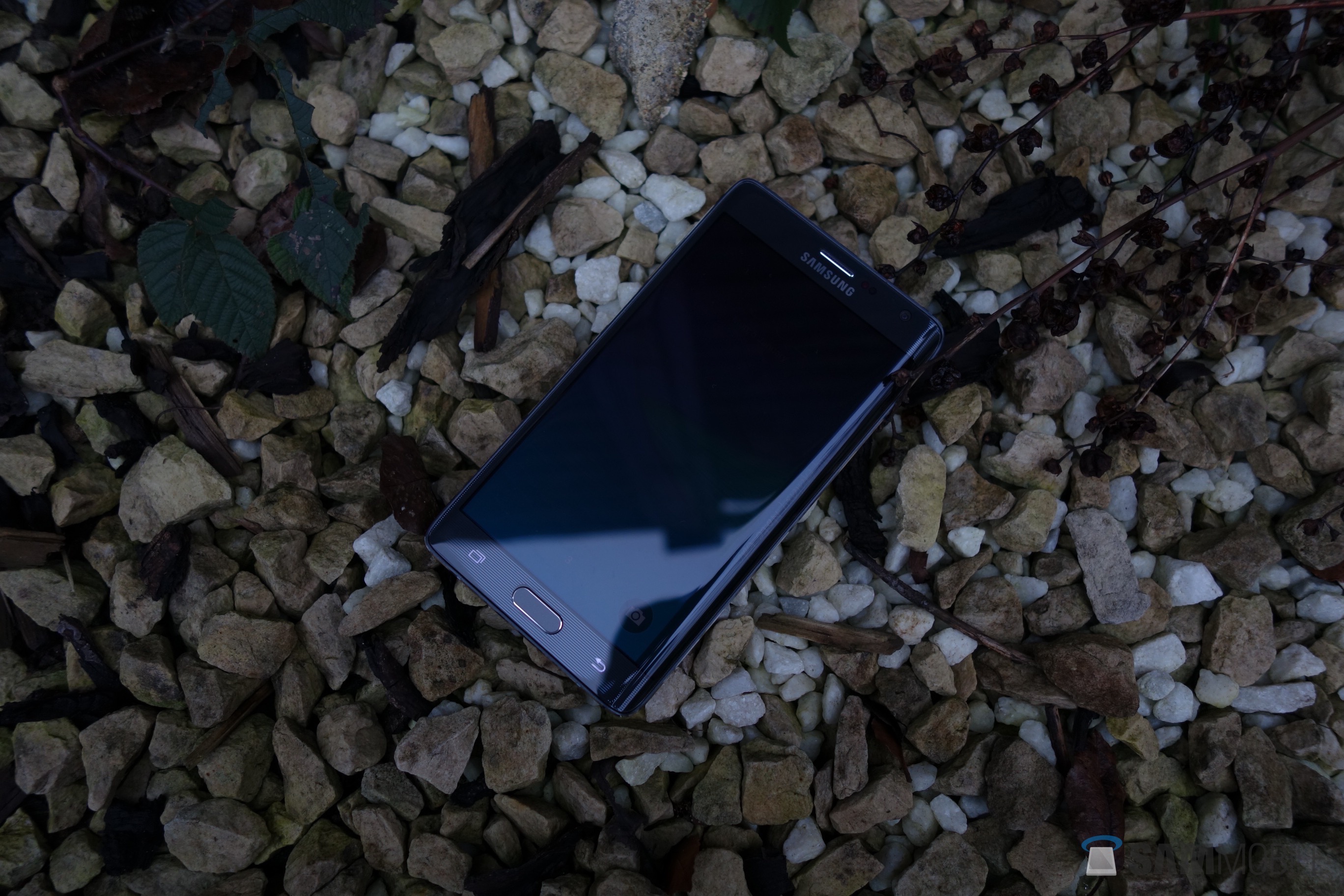 Samsung’s latest creation comes with a stunning 5.6-inch QHD+ (2560×1440 + 160) Super AMOLED display with a pixel density of 524 PPI. As we always expect from an AMOLED display, it’s bright, it has excellent viewing angles, and features amazing colour reproduction. Unlike before, Samsung’s latest AMOLED panels aren’t that contrasty anymore – colours do have a punch, but they are more true-to-life now. This is clearly one of the best displays money can buy on a smartphone.

It’s time to talk about the star of the review, the Edge screen. Many confuse the Edge screen as a completely second display, however, it’s part of the main display. Actually, it’s a single display unit, except the right side is a bit curved and hence, the edge. Software is the key here, as it’s the software which treats the edge as a second display.

The Edge screen allows us to access our favourite applications and features quickly and easily without interrupting what we are doing. By stock, Samsung ships the Note Edge with quite a few panels including a favourite apps panel, a favourite contacts panel, three Yahoo! news, sports and stock panels, a notification panel, a Twitter panel, a S Health pedometer panel, and even a Memory Match game panel – yes, we can even play a game on the edge screen! And, thanks to the Korean giant releasing an SDK to developers, we can even download third-party panels from the Samsung Apps store.

Initially, we were a bit skeptical about the Edge screen, when we originally got our hands on one at IFA 2014. However, after using it as our daily driver for two weeks, we can clearly see a potential here. It has actually made us more productive, the ability to open our favourite applications without leaving our current application is a big time saver. Previously, we used to exit the running application, go to the home screen, open the app drawer, and then launch the application. With the Edge screen, we are actually skipping two steps, which made us highly productive and gave us the ability to more efficiently multitask.

Speaking of multitasking, the Korean firm has added a few quick tools to the Edge screen, which we can access by swiping down from the top of the curve display, and these tools operate completely differently and don’t interfere with our main screen. These quick tools consist of a flashlight, scale, timer, stopwatch, and a voice recorder. Moreover, we could use the Edge screen as a night clock as well, and this was by far our favourite feature.

Until now, you probably think the Edge screen is the best thing that has ever happened to a smartphone, but no, it’s not; at least not now. It’s a very new technology, and we did stumble across some issues with it.

Firstly, the Edge screen is only on the right side of the device, so it’s not ideal for left-handed people. Yes, there is an option to rotate the screen of the device 180-degrees, but that’s not a real solution, because this way you’re holding the device upside down, which flips the earpiece speaker, headphone jack, microUSB port, home and capacitive buttons upside down as well. Other issue we encountered is when using applications in immersive mode or watching movies in landscape mode, we weren’t able to pull down the notification bar. So, to simply check a notification or even the time, we had to turn the device into portrait mode.

Last thing we would like to talk about the Edge screen is not an issue but a suggestion to Samsung. Whenever we receive a notification on our Galaxy Note Edge, the text is horizontal, so to read the notification we need to rotate the device into landscape mode, or tilt our head, which isn’t at all optimal.

The Galaxy Note Edge comes with a Qualcomm Snapdragon 805 SoC with a quad-core Krait 450 CPU with a clock speed of up to 2.7GHz per core, Adreno 420 GPU clocked at 600MHz, and 3GB of LPDDR3 RAM with a bandwidth of 800MHz. The device can run each and every game out there for Android without breaking a sweat, no matter how graphic intensive the game is. We didn’t encounter any performance issues with applications, they all ran fast and smooth. But the device suffers from the usual TouchWiz lag, which indicates that Samsung still hasn’t optimised the system enough. However, we are told that this issue will be fixed with the Android 5.0 Lollipop upgrade.

Samsung has packed the Note Edge with a 3,000mAh lithium-ion battery, which is a tad smaller than the Note 4’s 3,220mAh battery. Before the Galaxy Note Edge, we were using the Galaxy Note 4 as our daily driver, and were easily able to get a day out of a single charge with around 4 hours of screen-on time. Initially, we were a bit concerned about the Note Edge’s battery life, as we were aware that it had a smaller battery than the Note 4, and it also had a higher-resolution display. However, after extensive testing, we got very similar results. One thing is for sure: this device will easily last you a whole day, with a little amount of juice still left at the end of the day. Also, the Note Edge supports Qualcomm’s QuickCharge 2.0, which charges the device to 50% in 30 minutes.

Call quality on the Note Edge is great. We tested it under different environments, and in every environment the recipient was easily able to hear our voice loud and clear. There were some times when we weren’t able to hear the person calling, and we had to reboot the device to fix this issue. However, a factory reset completely fixed this issue for us. As far as reception goes, the device maintained a stable connection, and we didn’t face any major issues.

Galaxy Note Edge features the same camera sensors, software and S Pen features as the Note 4, and we have already covered these aspects in our Note 4 review, which you can check out here. You can also check out our Feature Focus editorial on the Note 4 and the Note Edge’s S Pen and S Note.

Samsung launched the Galaxy Note Edge as an experiment, just to see if it would stick or fail. Well, we really like the concept, and would like Samsung to work on this technology even more. We didn’t think we would say this, but the Edge screen is actually very useful in day-to-day tasks – it helped us get our day-to-day tasks done faster and efficiently. Of course, there are some issues with it, as all first-generation products have issues. However, there are more benefits of the Edge screen than drawbacks, though we would like it even more if the ergonomics were a bit better.

The only issue now is the price tag. The Galaxy Note Edge costs £700 in the UK, which is a lot for a smartphone. But you do get what you pay for, and that’s exclusivity and trying the latest cutting-edge technology. However, the Note Edge is simply a Note 4 with an Edge screen, and if you don’t want to pay the hefty price tag, we would advise you to put your money on the Note 4 instead. 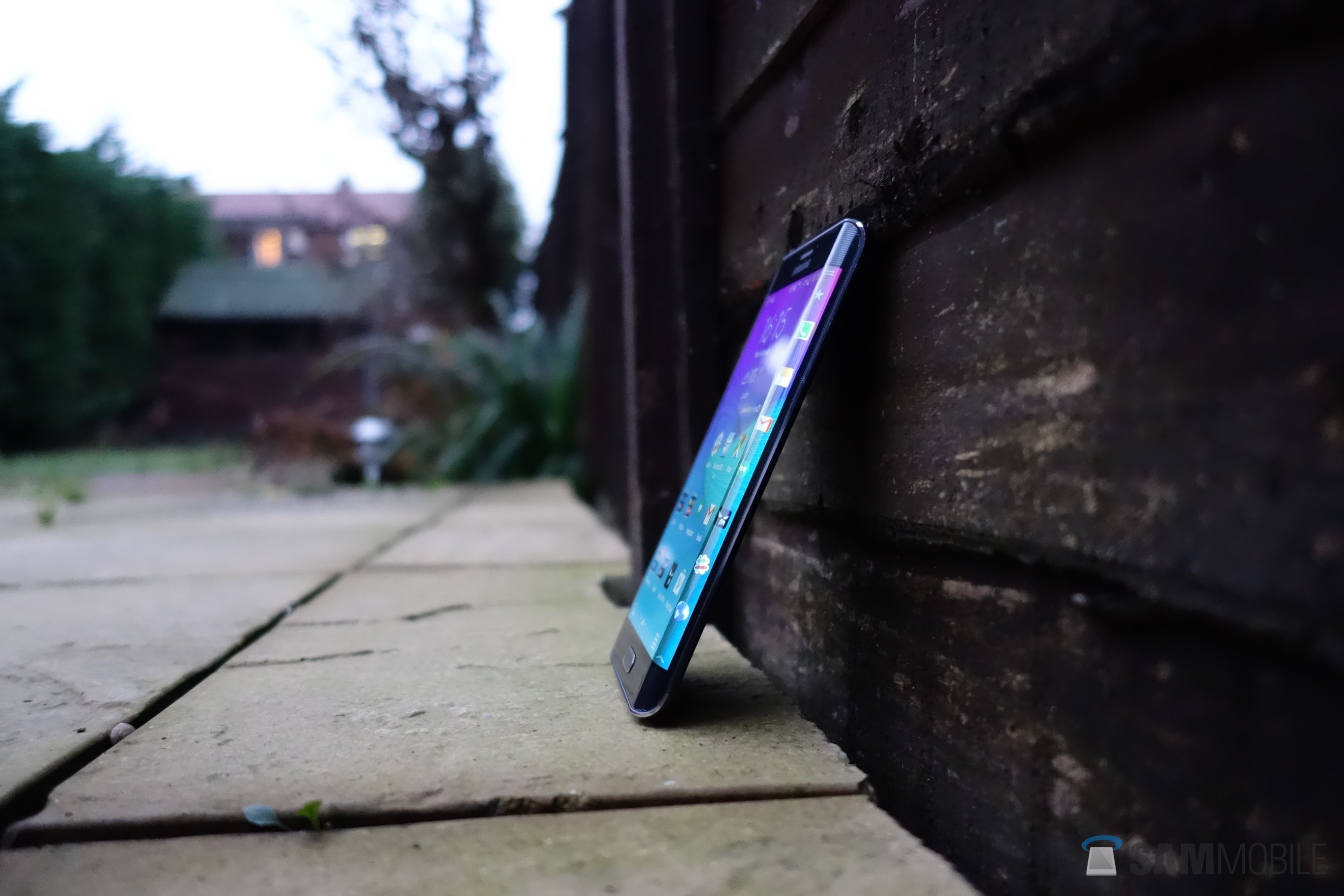 Now that Samsung has come out with s6 edge + and s6 edge.. What’s is the better one.. note edge of their latest offering? I mean to ask from a point of functionally for the edge screen?