[Interview] Samsung VP shares One UI 5.0 goals and the way ahead 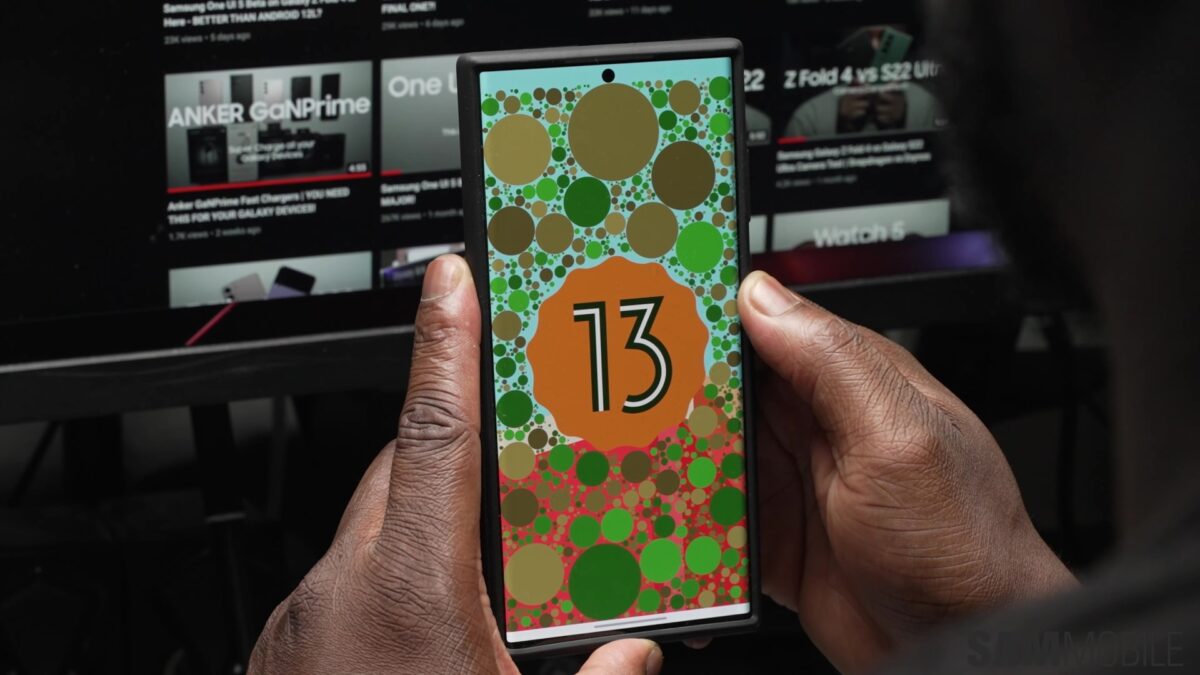 One UI 5.0 is perhaps one of Samsung’s most highly anticipated software updates. Based on Android 13, the update provides users with considerable personalization and customization features. It enables them to make their devices truly their own. The One UI 5.0 beta program only made users more impatient for the final release as it gave them a glimpse of the new features.

Samsung started rolling out the One UI 5.0 update to the public a couple of weeks ago. This has been perhaps one of the most well-executed rollouts that we’ve seen so far. If the current pace is any indication, we can expect to see most eligible devices being upgraded before the end of this year.

We recently had the opportunity to chat with Sally Hyesoon Jeong. She is the Vice President of Android Framework R&D at Samsung Electronics. Sally Jeong leads the development team for Samsung’s work on Android platforms, S Pen, Multi-Tasking, Edge SDK, and various Samsung software services.

The interview explores Samsung’s goals and motivations behind One UI 5.0, how it incorporates feedback from users, and the way ahead for One UI.

Editor’s note: Answers are paraphrased as the interview was conducted through an interpreter.

Q: What were the main goals and vision that Samsung had when it set out to develop One UI 5.0?

A: When we set out to develop One UI 5.0 based on Android 13, at a high level, our vision was to reflect customer trends. Understanding what our customers want was the guiding principle. We saw that customers prefer ultimate personalization. They want to be able to personalize the software experience on their devices as much as possible.

Improviding overall productivity was another goal. We wanted to provide enhanced customization while enabling users to be more productive. This was made possible through the development of new features and additional engineering efforts.

Q: Was being as quick as possible in releasing the update something you had decided beforehand or did things just play out that way on their own?

A: Even before One UI, our goal had been to be the fastest in developing updates but it later became apparent that simply delivering fast updates wasn’t entirely of value to our customers. We wanted to be more reliable as we deliver OS updates to improve the overall customer experience.

With One UI, a conscious decision was made to provide updates in the most reliable manner without compromising on pace. We should enable customers to enjoy the latest software experience reliably. Our engineers realized that achieving this would require even harder efforts. It’s an outcome of listening to our customers and reflecting on their feedback.

Q: When did the idea for the lockscreen customization evolve? Was it something you always had in mind or or were the seeds sown through the Lockstar module of Goodlock?

A: We have been using Goodlock as a One UI customization pilot to obtain user feedback. It helps us identify which features users would like and those are eventually reflected in the standard version of the software. This is a well-defined process for us.

When lockscreen customization was offered with Goodlock, we found that a great percentage of customers were actively using this feature. We thus saw the value opportunity clearly in bringing this idea to the standard version. The actual deliverable was realized with One UI 5.0.

Q: How soon do you expect One UI 5.0 to be released for every eligible device, in every country?

A: For the major models, we have already made the announcement on Samsung Members, and the rollout is being carried out in most markets across the globe. However, from an engineering and product management perspective, it’s not possible to give a definite date for every eligible model but we would like to complete the rollout within this year.

Q: How is One UI 5.0 special for the foldable form factor?

A: The focus with updates like One UI 5.0 and One UI 4.0 is to deliver a new software experience alongside the major Android OS upgrade. When we launch new foldable devices, that software experience is further optimized for the foldable form factor. (As evidenced by One UI 4.1.1 shipping with the new Galaxy Z Fold 4 and Z Flip 4 this year).

A: While we can’t disclose our future plans just yet, what we can say is that our engineering effort is being driven by the idea of making each user’s device different based on their individual characteristics so that no two devices are alike.

Our primary focus will be on enhancing personalization and productivity as much as we can in a way that feels natural for users. Samsung’s AI tech help do that in the most natural manner. We will aim to accomplish this while continuing to provide reliable and fast updates.

We have witnessed a remarkable transformation in Samsung’s approach to software over the past couple of years. It has gone from having a reputation of being painfully slow in releasing updates to delivering exceptional software experiences in record time while maintaining reliability. The engineering team deserves full credit for this and it’s great to see that they are serious about upholding this going forward.

Personalization will evidently play a major role in Samsung’s future software updates. The company wants to give users as much control over the look and feel of their devices as possible. It’s also interesting to see that Goodlock is far more than just a passion project for Samsung.

The company effectively tests new feature ideas through Goodlock. The user feedback that generates is then utilized in making decisions about which features will be added to the standard version. This should certainly make Goodlock users very happy. Their feedback plays a direct role in shaping Samsung’s software.

It’s a great way for customers to have their voices heard and if what we’ve seen so far is any indication, Samsung will continue to take this feedback into account as it takes the One UI software experience from strength to strength in the future.

Samsung One UI 5.1 update: When is it coming, which devices will get it?

With Samsung’s One UI 5.0 rollout going so well, the company’s probably already pretty far ahead in the development of One UI 5.1. One UI 5.1 should be the first version update to One UI 5.0, unless Samsung decides to switch things up (though it doesn’t look like Samsung will change the version number scheme […]

The Galaxy S22 series of phones was the first to receive the Android 13 and One UI 5.0 update, giving millions of owners of the S22, S22+, and S22 Ultra some excellent new features to improve the user experience. Then, in the next couple of weeks (and still continuing to this day), Samsung updated many […]