One UI 5.0 vs Good Lock? Which one does lock screen customization better? 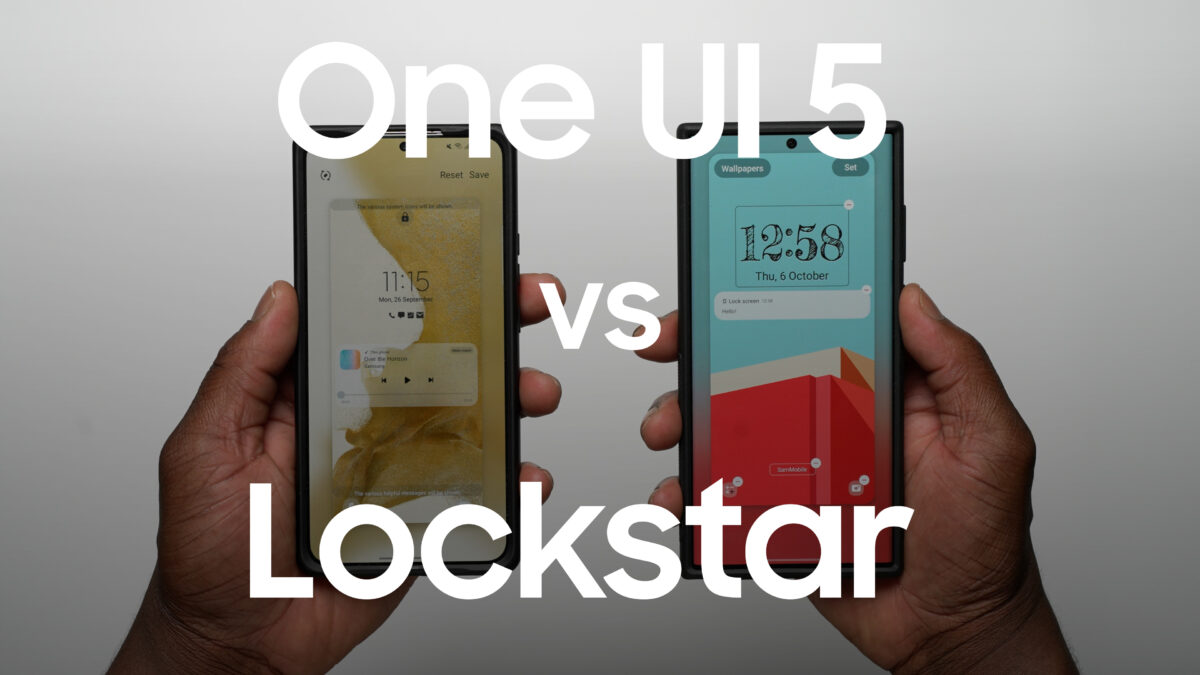 But before you do, we recommend checking out our previous One UI 5.0 beta hands-on video detailing the third beta firmware if you want a more in-depth view of the new lock screen customization options that aren’t bound to Good Lock. Now to the matter at hand. In short, the LockStar module in Good Lock offers more customization options than the standard One UI 5.0 beta 3 firmware. It very much looks like Samsung drew inspiration from LockStar and borrowed some of its features for One UI 5.0.

One UI 5.0 brings Good Lock lockscreen customization to the masses

You could say that One UI 5.0 offers a sort of curated LockStar experience without requiring Good Lock. And that’s a good thing, too, considering the limited availability of Good Lock. In any case, this is par for the course for Samsung and its experimental Good Lock platform. The company uses the latter to test new concepts and ideas, some of which eventually end up getting used in the live One UI firmware.

Such is the case with LockStar and the third One UI 5.0 update. The new lock screen options will look familiar to Good Lock / Lockstar users, but these features are now more streamlined and a part of the default user experience. In other words, Good Lock has once again served its purpose as a launchpad for testing new features. Some of those features have been refined further and are now becoming a part of One UI.

As to which one is better, it’s not easy to pick a definitive winner, but we’ll say this: while Lockstar offers more lock screen customization options, the lock screen in One UI 5.0 delivers a more polished, streamlined user experience with features hand-picked by Samsung. Check out our video below for a closer look at how these two areas of One UI compare.