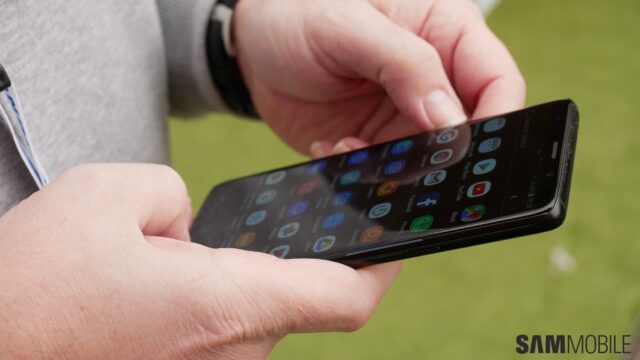 You’re not the only one wondering what’s up with SideSync on the Galaxy S9. The service isn’t working on Samsung’s new flagship smartphone because the company has decided to push out Galaxy S9 SideSync support in favor of Samsung Flow. The official SideSync website has been updated to reflect that this service is not supported by the Galaxy S9 and the Galaxy S9+.

SideSync is a Samsung service that lets users share their smartphone’s screen and data on a PC. They can even receive the phone’s alarms on the PC and access some of its features such as making and receiving phone calls and sending text messages.

Prior to the Galaxy S9, the only requirement was that the Samsung smartphone should be running Android 4.4 KitKat or higher to use this service. Tablets with Android 5.0 Lollipop or higher were supported as well.

While the Galaxy S9 meets the first requirement since it runs the latest iteration of Android which is several steps above KitKat, the official SideSync website clearly mentions that “SideSync is not available for the Galaxy S9 and Galaxy S9+.”

So you were banking on Galaxy S9 SideSync support and now you find out that it doesn’t exist, what to do now? Many Galaxy S9 owners who got in touch with Samsung Support over this issue have been told that this service is not compatible with the new flagship and that a future update for Samsung Flow will bring screen mirroring functionality.

Samsung Flow is what the company calls its Apple Continuity and Handoff competitor. It enables seamless content handoff between Samsung devices including smartwatches, tablets, TVs and smartphones. The Windows 10 version of this app was opened up to any and all PCs running this OS iteration last year. It even lets them unlock their Windows 10 PCs using the fingerprint sensor on their Samsung smartphone.

The company has said that Samsung Flow will be updated to support screen mirroring but it’s yet to confirm when this update is going to arrive.