Today, Samsung made it official in the Samsung Members community that the Android 8.0 Oreo beta program for the Galaxy S8 and S8+ will be ending on January 17th. Now, the company had earlier said the program would end on January 15, but today’s announcement isn’t going to make a difference unless Samsung is planning on releasing another beta update in the next two days. What is noteworthy here is that the company says that it will do its “best to distribute the official S/W version in January as soon as possible.”

Beta testers could get final Oreo update by month end

The way that statement is worded suggests that at least beta users will be on the final version of Oreo by the end of this month. The Galaxy S7’s official Nougat update for beta testers came just 12 days after the beta program ended, so it would be reasonable to expect a similarly quick turnaround time for Oreo on the Galaxy S8 and S8+. The latest Oreo beta is almost as good as finished software, with nary a bug or performance hiccup on devices here at SamMobile. Yes, some beta users may still be facing problems, but those should be ironed out in the final release.

But, there’s no telling when Oreo will start making its way to regular users. Samsung took considerable time rolling out Android 7.0 Nougat to Galaxy S7 and S7 edge users who weren’t part of the beta program, but fingers crossed that isn’t the case this time around. 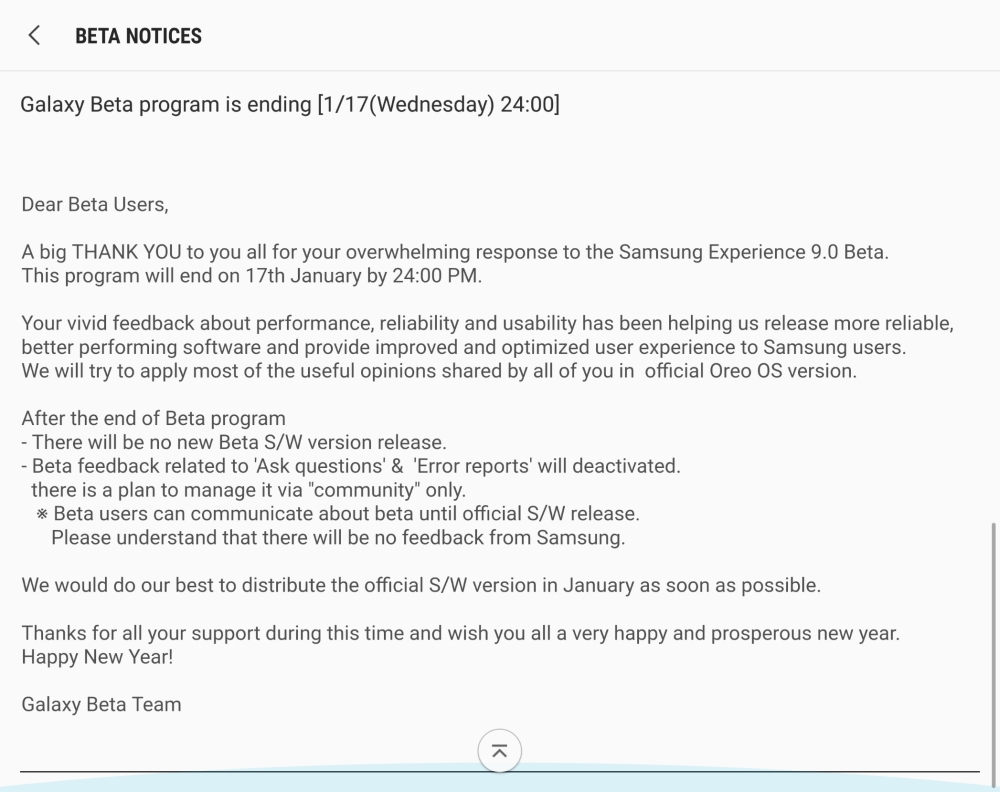