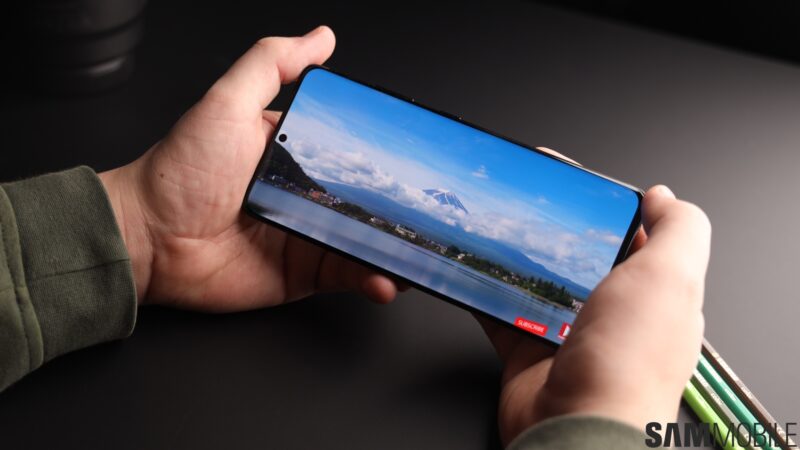 SamMobile has exclusively learned some juicy new bits of information regarding the display technology used by Samsung for the upcoming Galaxy S22 series, so you better fasten your seatbelts because we’re going for a ride.

We’ve learned that the Galaxy S22 series displays will deliver improved brightness levels and by how much.

The Galaxy S22’s 6.1-inch AMOLED panel won’t offer improved standard and peak brightness levels than the base Galaxy S21 model at 1,000 and 1,300 nits, respectively. However, the story is different for the Galaxy S22+ and the Galaxy S22 Ultra.

These upper-tier models will share the same display brightness characteristics, which is good news for prospective Galaxy S22+ buyers, as they’ll enjoy a better user experience closer to the premium price range.

In contrast, Samsung rated Galaxy S21+ and the Galaxy Ultra at 1,300 and 1,500 nits of peak brightness, respectively. Clearly, the Galaxy S22+ will gain the most next year.

The difference between peak and standard/manual brightness levels

A “peak brightness level” refers to the highest level of brightness a display can achieve when auto-mode is enabled. Peak levels activate automatically in overly bright environments, usually outdoors.

The tricky part about peak brightness is that AMOLED display technology can achieve higher peak levels in localized areas, i.e., if fewer pixels are lit up. It’s why display brightness benchmark scores are usually lower than the officially rated brightness level, as third-party benchmarks use full-screen white backgrounds for testing.

With that in mind, according to Samsung’s tests, the base Galaxy S22 model will reach standard and peak brightness levels of 1,000 and 1,300 nits, respectively. Same as the base Galaxy S21 model. So, if we use Galaxy S21 display benchmarks as a point of reference (via AnandTech), we can estimate that the Galaxy S22 could achieve around 393 nits of brightness in manual mode and roughly 700 nits in automatic mode in tests that use a full-screen white background.

As per another SamMobile exclusive report, Samsung will announce the Galaxy S22 series in early February.

Everybody knows that smartphones lose value over time, some more quickly than others. It seems the former is t …