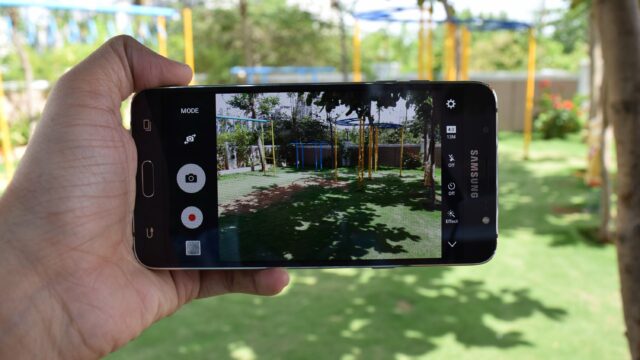 Last month we came across many unannounced Galaxy device codenames and model numbers in the leaked Galaxy Note 8 Oreo build. Galaxy J4 and Galaxy J6 were two of the budget devices spotted in that list. At the time of the leak, there was nothing more than a few codenames and model numbers about the existence of these devices. In the last couple of weeks, however, we have come across more circumstantial evidence about the existence of these devices.

Yet another budget Galaxy device

First, we came across the alleged Galaxy J4 in the Geekbench database. Now, a device bearing the model number SM-J600F has made an appearance on the same benchmarking website. Going by Samsung’s naming convention it could point to a new handset called the Galaxy J6.

The Galaxy J6 will be a budget device with modest specs according to the benchmark. The device runs on Android 8.0 which should bring Treble support out of the box. The device is powered by an Exynos 7870 processor clocked at 1.6 GHz and comes with 2GB of RAM.  It’s the same chipset found in other Galaxy J series phones such as the Galaxy J5 (2017), Galaxy J7 (2017), Galaxy J7 Prime, etc.

Samsung has been facing stiff competition in the budget segment from the Chinese OEMs, particularly Xiaomi. Whether the strategy of adding more and more Galaxy J series smartphones to its budget lineup helps Samsung in battling the onslaught from Chinese players remains to be seen.

While Samsung working on a new Galaxy J series phone is hardly surprising, it still doesn’t mean this benchmark is indisputable. Benchmark results can be faked without much difficulty, and so any information derived from these benchmarks should be taken with a dose of skepticism. 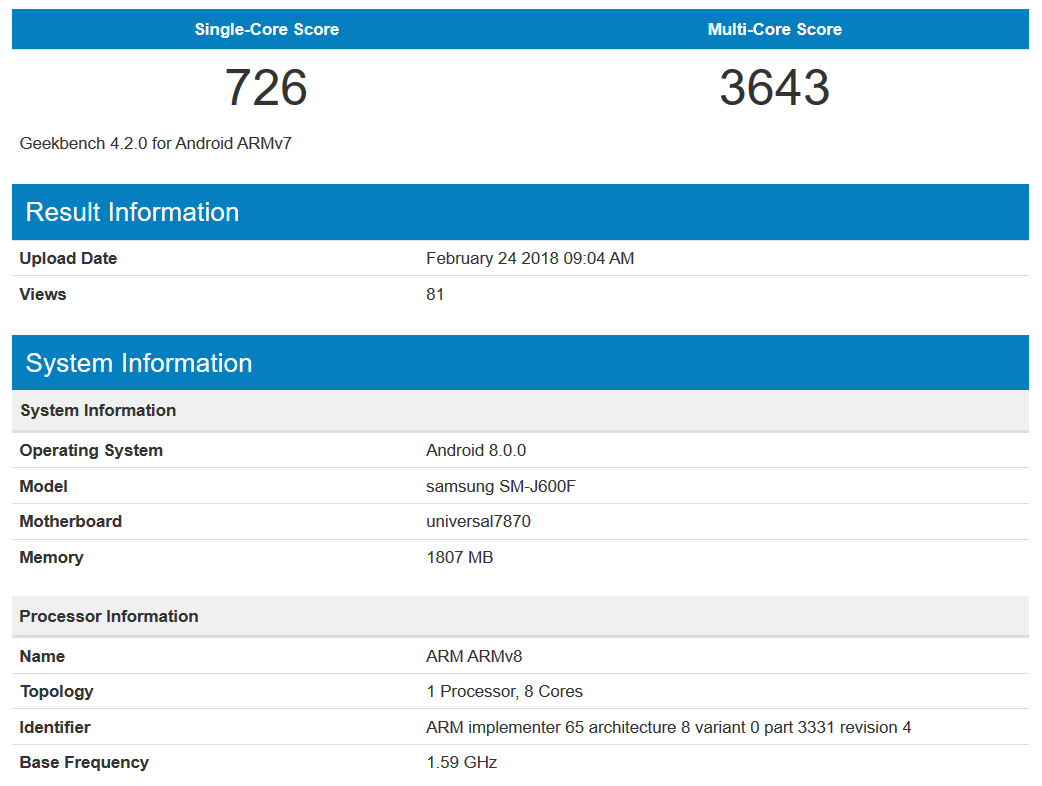