A couple of weeks back, we reported about the unannounced Samsung device codenames spotted in the leaked Galaxy Note 8 Oreo firmware. Galaxy J4 and Galaxy J6 were also part of that puzzling list. Adding more credibility to the existence of a Galaxy J4 in works, a Samsung device with the model number SM-J400F has been spotted in the Geekbench database.

Another budget device in the already crowded line-up

Though Geekbench results can easily be faked, it is very much possible that Samsung might be working on a cheaper Galaxy J series phone to strengthen its budget device line-up. According to the results, the alleged Galaxy J4 runs Android 8.0 and is powered by an unidentified quad-core processor clocked at 1.4 GHz and paired with 2 GB of RAM. It posted a single-core score of 623 and a multi-core score of 1815 in Geekbench tests. Although not confirmed, this could be the Exynos 7570 processor that already powers the Galaxy J3 (2017) and Galaxy Xcover 4. Barring these details, nothing else is known about the Galaxy J4 currently.

Samsung has been struggling in the budget category with its devices failing to stand up to the value offerings from the Chinese OEMs. There were reports about Samsung revamping its budget line-up to better compete with the Chinese rivals. So, it won’t be surprising, if Samsung decides to launch more models in the budget category at aggressive price points to address the gaps in its line-up. 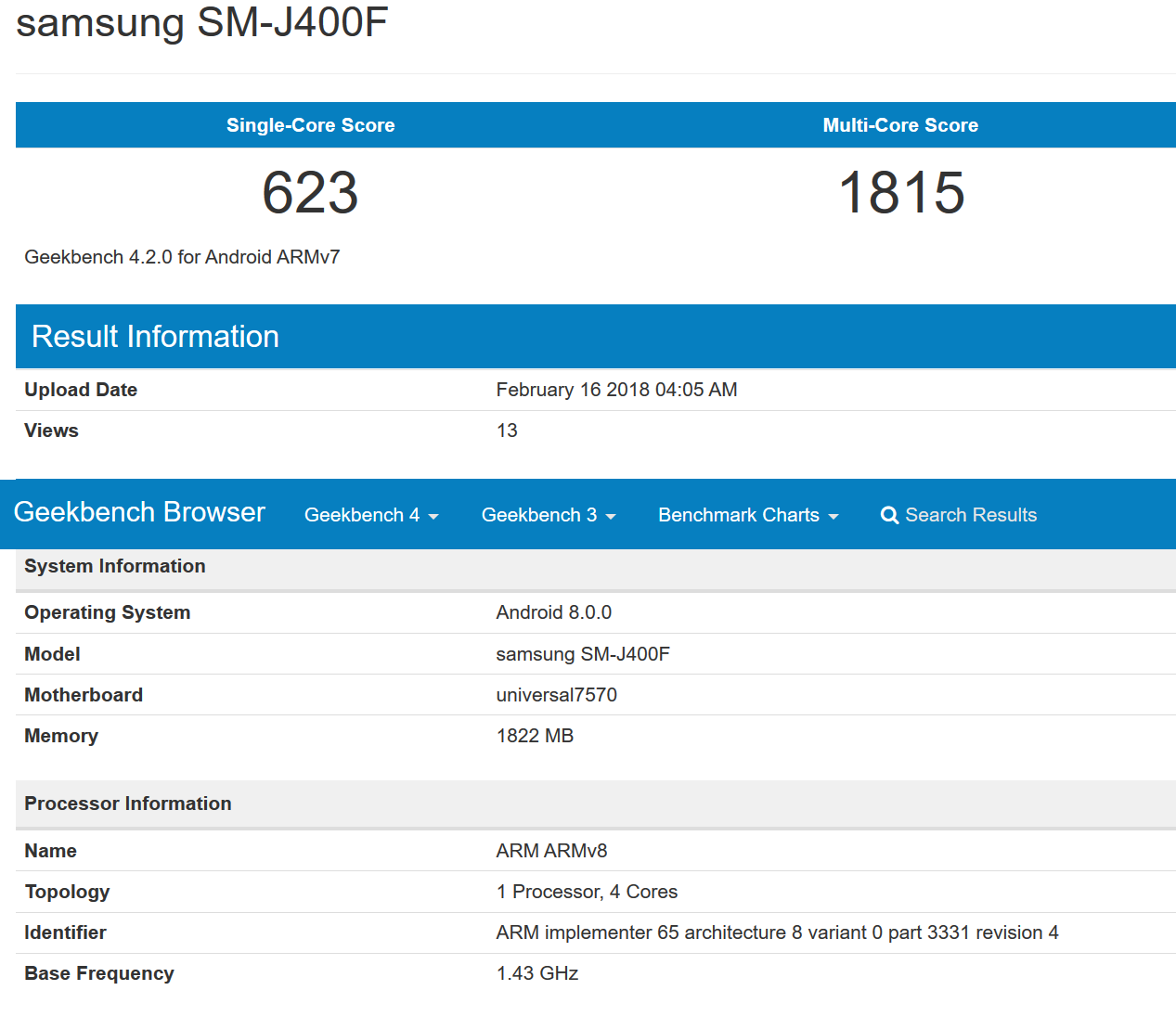