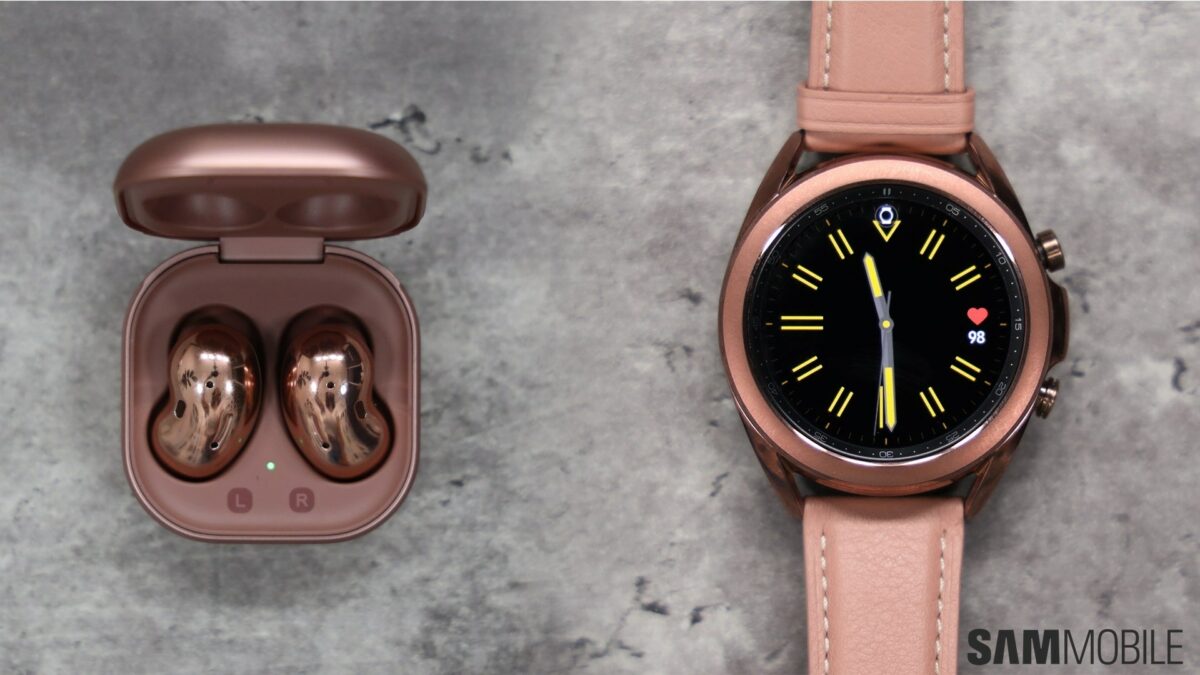 Samsung unveiled its latest smartwatch and truly wireless earbuds during the Galaxy Unpacked 2020 event alongside the Galaxy Note 20, Galaxy Z Fold 2, and the Galaxy Tab S7. The Galaxy Buds Live and the Galaxy Watch 3 went on sale in South Korea recently, and they’ve been instant hits despite the resurgence of COVID-19 cases.

The Galaxy Buds Live feature a Bluetooth 5.0 chip with support for SBC and AAC. It has 12mm audio drivers that are tuned by AKG, and the earphones feature three microphones on each side for active noise cancellation. They’re shaped like a kidney bean, and they sit in a rounded square-shaped case. The earbuds feature ambient listening, always-on Bixby, wear detection, and capacitive touch controls.

The case features Qi wireless charging as well as USB Type-C port for wired charging. Samsung claims a battery life of 8 hours for the earbuds and a total of 29 hours with the case. With the active noise cancellation feature turned on, the battery life drops to 6 hours for the earbuds and 21 hours with the case. They come in three colors: Mystic Black, Mystic Bronze, and Mystic White.

The Galaxy Watch 3 comes in two sizes: 41mm and 45mm. It features a 1.2-inch or a 1.4-inch circular Super AMOLED screen, depending on the size, and features 360×360 pixels resolution and Gorilla Glass DX protection. It features IP68 certification and an MIL-STD-810G compliant design. It runs Tizen and uses the Exynos 9110 processor, 1GB RAM, and 8GB storage. The watch also features a loudspeaker for calls, Bixby, and media playback.

The smartwatch features an accelerometer, barometer, blood pressure monitor, ECG, GPS, gyro, heart-rate monitor, SpO2 and VO2 Max, and sleep tracking. Other features include Bluetooth 5.0, Wi-Fi b/g/n, NFC, Samsung Pay, Bixby, and Qi wireless charging. The 41mm variant is powered by a 247mAh battery, while the 45mm comes packed with a 340mAh battery. The Galaxy Watch 3 comes in stainless steel and titanium versions, and there are LTE variants as well.