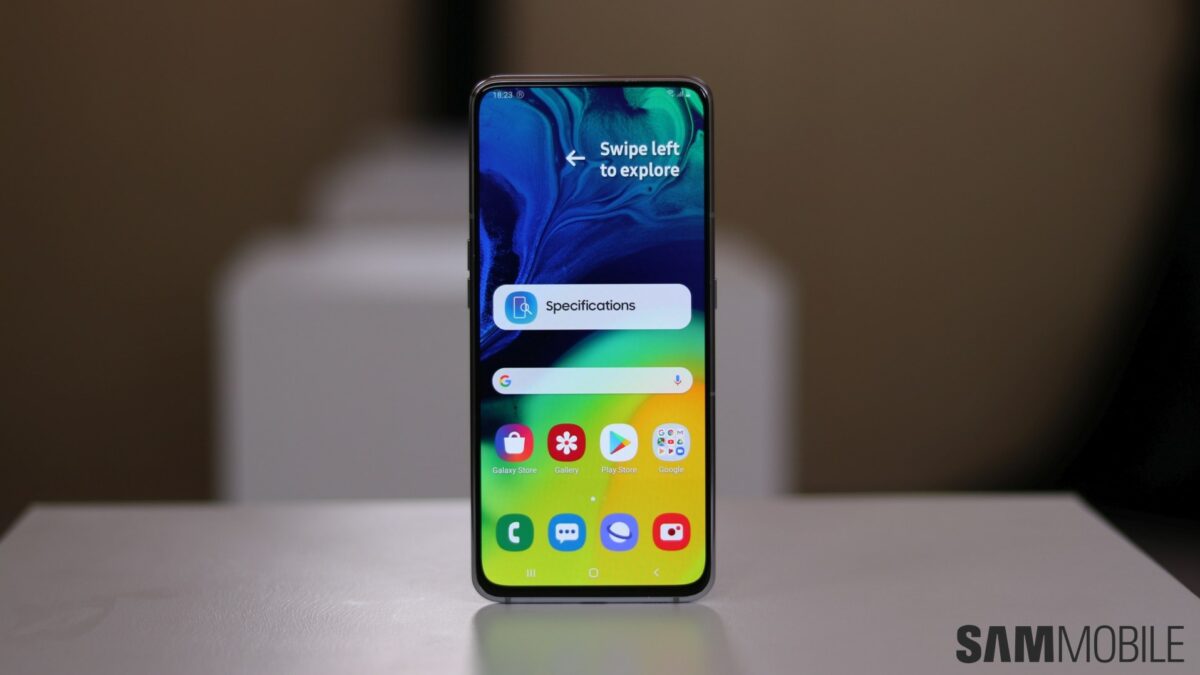 Dozens of Galaxy devices have received the July 2021 security update over the past four weeks. Samsung started the rollout of the new update with the Galaxy S10 series and then expanded it to various high-end, mid-range, and low-end smartphones and tablets. Three days ago, the company started releasing the latest security patch to the Galaxy A80.

Samsung has released a new software update to the Galaxy A80 in various markets, including Cyprus, Germany, Greece, Hungary, Italy, Macedonia, Poland, Portugal, Russia, Serbia, Slovakia, Slovenia, Switzerland, the Czech Republic, and the UK. The update carries firmware version A805FXXS6DUG3 and includes the July 2021 security patch. According to the company’s documentation, the July 2021 patch fixes more than 20 privacy and security-related vulnerabilities in Galaxy devices.

If you are using a Galaxy A80 in any of the countries mentioned above and want to update your smartphone to the latest firmware, navigate to Settings » Software update and tap on Download and install. If you are an advanced user, you can also flash the phone manually with the latest firmware file that you can download from our firmware section.

Samsung had launched the Galaxy A80 in mid-2019 with Android 9 Pie. The device received the Android 10 update last year and the Android 11 update earlier this year. It is likely that it won’t get the Android 12 update in the future.

It looks like Samsung is on a roll today. After releasing the Android 10 update to the Galaxy A6 (2018) and th …