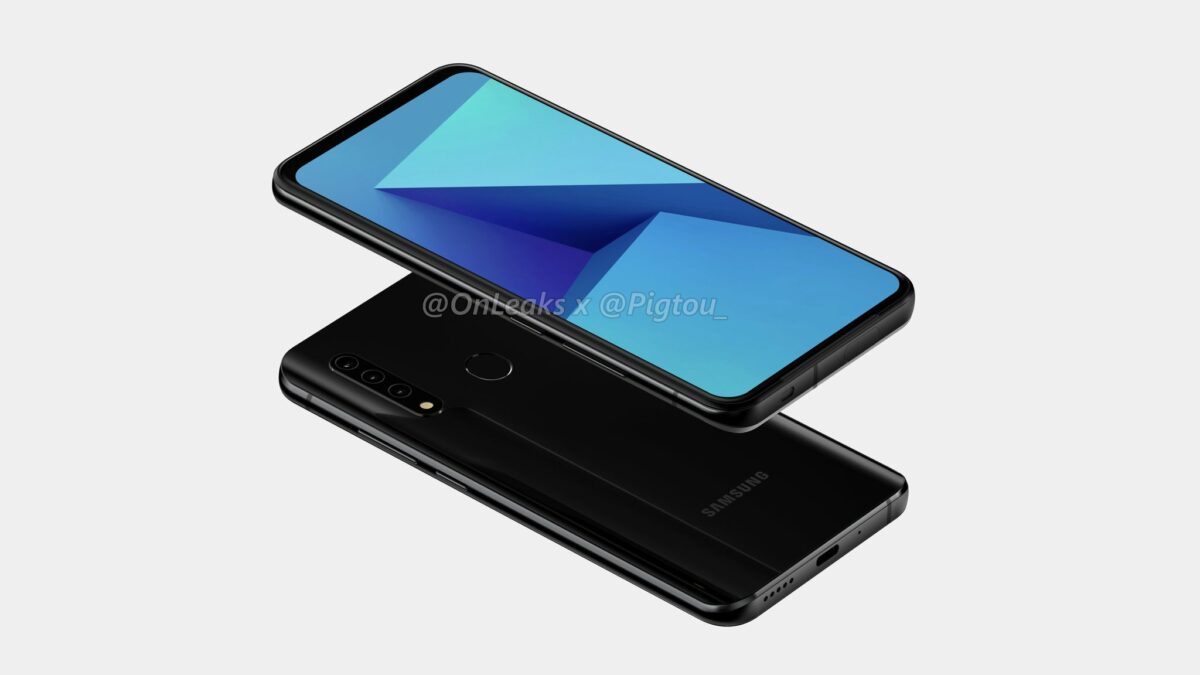 Samsung hasn’t really opted for any extraordinary solutions for the front camera just to achieve a higher screen-to-body ratio. It has stuck with its Infinity-O, Infinity-V and Infinity-U notched solutions with the Galaxy A80 being the only exception.

The Galaxy A80 is the only device in Samsung’s lineup to feature a sliding, rotating camera. Whether or not there’s going to be a successor to that remains to be seen, but if an outrageous rumor is believed, then Samsung might have a new smartphone in the pipeline with a pop-up camera.

Chinese OEMs are all too familiar with pop-up cameras with the likes of OnePlus, Xiaomi, Oppo, Vivo, etc all utilizing the tech. They all claimed to have gone down this road for a truly bezel-less display.

Samsung didn’t jump on this trend and its idea of a notch-free display gave birth to the Galaxy A80. However, this latest leak from @Onleaks suggests that there’s a new Samsung device in development with a pop-up camera. We haven’t heard anything about such a device and even the scribe that sourced these renders from @Onleaks seems to have no other information other than what can be seen in them.

This appears to be a mid-range device given the physical fingerprint sensor at the back which is flanked by a triple camera system, which has a design similar to what was seen on Samsung’s 2019 mid-range phones. We can make out a USB Type-C port at the bottom with no 3.5mm headphone jack. The display, which should have extremely slim bezels thanks to the pop-up display, appears to have substantial bezels and a very ugly chin.

It would make no sense for Samsung to launch such a device now when many of the Chinese OEMs that were pushing this tech a couple of years ago have all but given up on it as well. There’s a solid chance that this was one of the many concepts that Samsung’s design team works on, and not all of them end up seeing the light of day.

We’ll keep an eye out anyway, and let you know if something comes up about this. 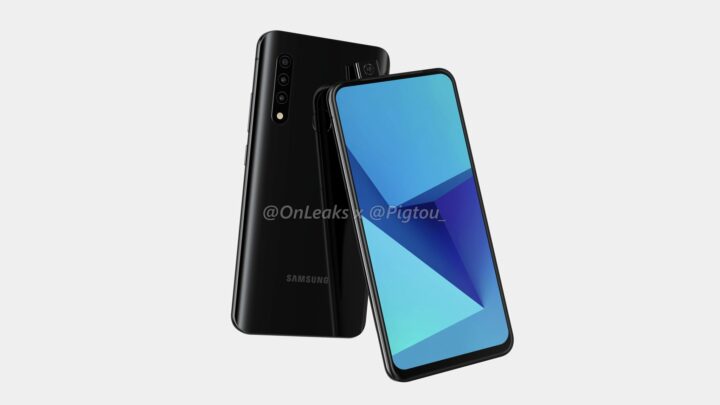 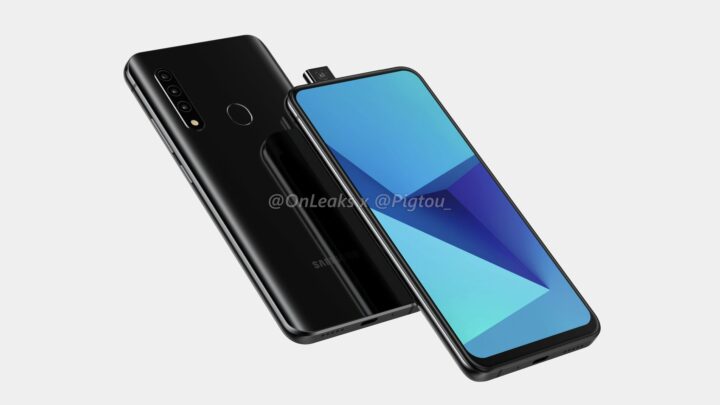 It looks like Samsung is on a roll today. After releasing the Android 10 update to the Galaxy A6 (2018) and th …