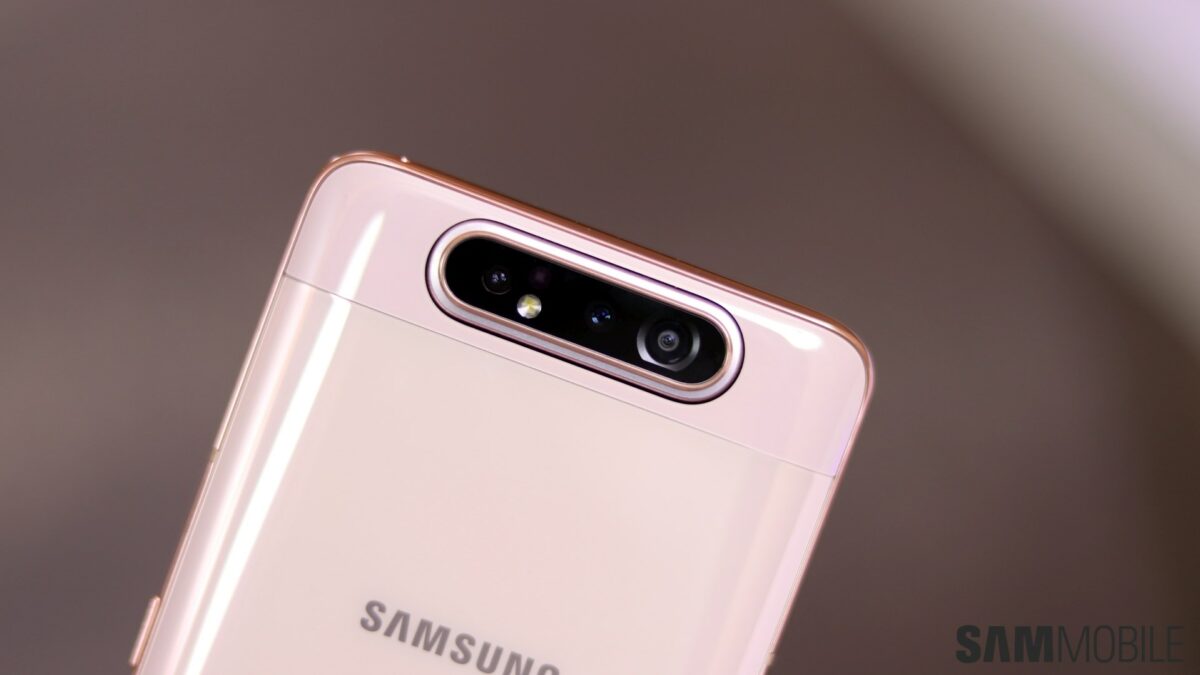 Remember the Galaxy A80? It was launched in 2019, a year when smartphone manufacturers were trying to out do each other in unusual front camera placements. While many of its Chinese rivals preferred sliding front cameras, Samsung took a slightly different approach.

The Galaxy A80 had a sliding and rotating camera. It had one camera module that could double as both a front and rear camera. The slider would open and the camera module could rotate to either the front or rear position as desired. The Galaxy A80 didn’t get a successor in 2020 but it appears there may be a new handset in the pipeline.

Will the Galaxy A82 5G have a rotating camera?

Our friends at GalaxyClub report that Samsung has a Galaxy A82 5G in the pipeline. It’s not surprising that this could be a 5G phone. The company is on a mission to spread 5G connectivity to its Galaxy A lineup and the Galaxy A82 would be a good contender for the next-gen network support.

What’s unclear at this point in time is whether the Galaxy A82 5G will stick to the Galaxy A80’s DNA – in that it will also have a sliding and rotating camera. If Samsung is no longer interested in the idea, perhaps the Galaxy A82 5G may only have a standard camera setup.

It’s also interesting to note that the device believed to be the Galaxy A81 last year ended up being launched as the Galaxy Note 10 Lite. So it’s not as straightforward to assume that a device bearing model number SM-A826B could be the Galaxy A82 5G. We’ll have to keep an eye on this for some time.

New Samsung Galaxy A 2021 series handsets are now due for launch. The Galaxy A32 5G is out already. The Galaxy A52 and Galaxy A72 are expected to arrive in the near future. When we might see the Galaxy A82 5G is a mystery for now.