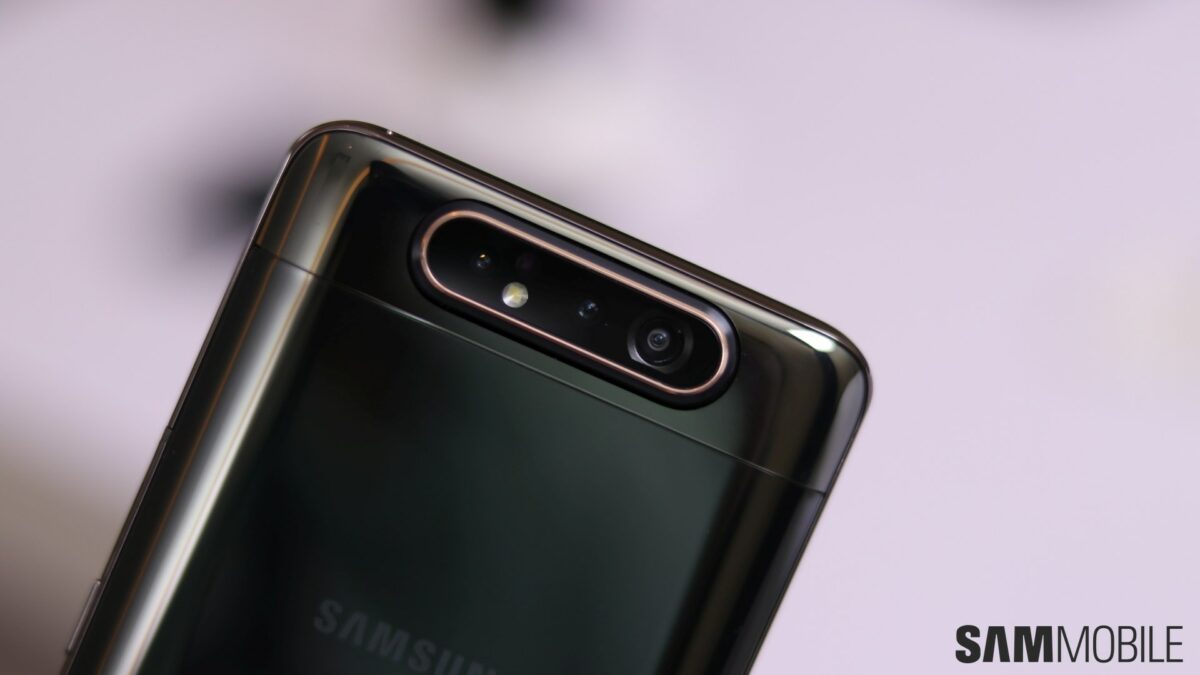 Although the new Galaxy A52 and Galaxy A72 have become a very popular topic of conversation following Galaxy Awesome Unpacked earlier this week, they represent only a portion of the entire Galaxy A range of devices planned to hit the shelves this year. The company is also developing the Galaxy A82 as a direct sequel to the Galaxy A80 because the A81 never came to be, and new camera details pertaining to the upcoming model have now emerged.

Similar to the Galaxy A52 and A72, the unannounced Galaxy A82 should arrive on the market with a 64MP main camera in tow, according to a new report passed along by our friends at GalaxyClub. But unlike the two aforementioned models, the Galaxy A82’s main camera won’t be based on Samsung’s ISOCELL GW1 sensor.

The Galaxy A82 reportedly has a Sony sensor

As many of you know, the Galaxy A52 and A72 feature a 64MP ISOCELL GW1 main camera, with the addition of OIS being one of the best things about the whole setup. The Galaxy A82 will reportedly have a different 64MP sensor supplied by Sony, presumably the IMX686 sensor. It was released in late-2019 and so far it’s been employed by a variety of smartphones from Chinese brands including Meizu, Xiaomi, Huawei and more.

Camera specifications aside, it remains unclear exactly where the sensor will be placed and whether or not the Galaxy A82 will have a rotating camera setup similar to its predecessor. It may have a different but equally unique design, or it might carry a more conventional, non-moving camera on its back panel. Time will tell, and thankfully we might not have to wait much longer before we find out given that the Galaxy A Quantum 2 — a phone that’s based on the Galaxy A82 — is expected to go on sale next month.

Samsung’s highest-end Galaxy A series smartphone for 2021, the Galaxy A82, could soon go official. The c …