Samsung’s highest-end Galaxy A series smartphone for 2021, the Galaxy A82, could soon go official. The company could rebrand it as the Galaxy Quantum 2 for the South Korean carrier SK Telecom’s network. Earlier today, the phone’s box and design were leaked. Now, complete specs of the upcoming device have leaked.

According to a tweet from @FrontTron, the Galaxy Quantum 2 (A82) features a 6.7-inch Super AMOLED Infinity-O display with Full HD+ resolution, a 120Hz refresh rate, 800 nits of peak brightness, and curved edges. It reportedly also features an in-display fingerprint reader, IP67 certification for dust and water resistance, and Dolby Atmos audio (probably for stereo speakers).

The upcoming smartphone is powered by a Snapdragon 855+ processor, as leaked via Google Play Console listings a few days ago. It features 6GB RAM, 128GB internal storage, and a microSD card slot. The phone runs Android 11 out of the box. The Galaxy A82 reportedly features a triple-camera setup at the rear, featuring a 64MP primary camera with OIS. For improved security, the SK Telecom version of the phone could feature a QNRG chip. 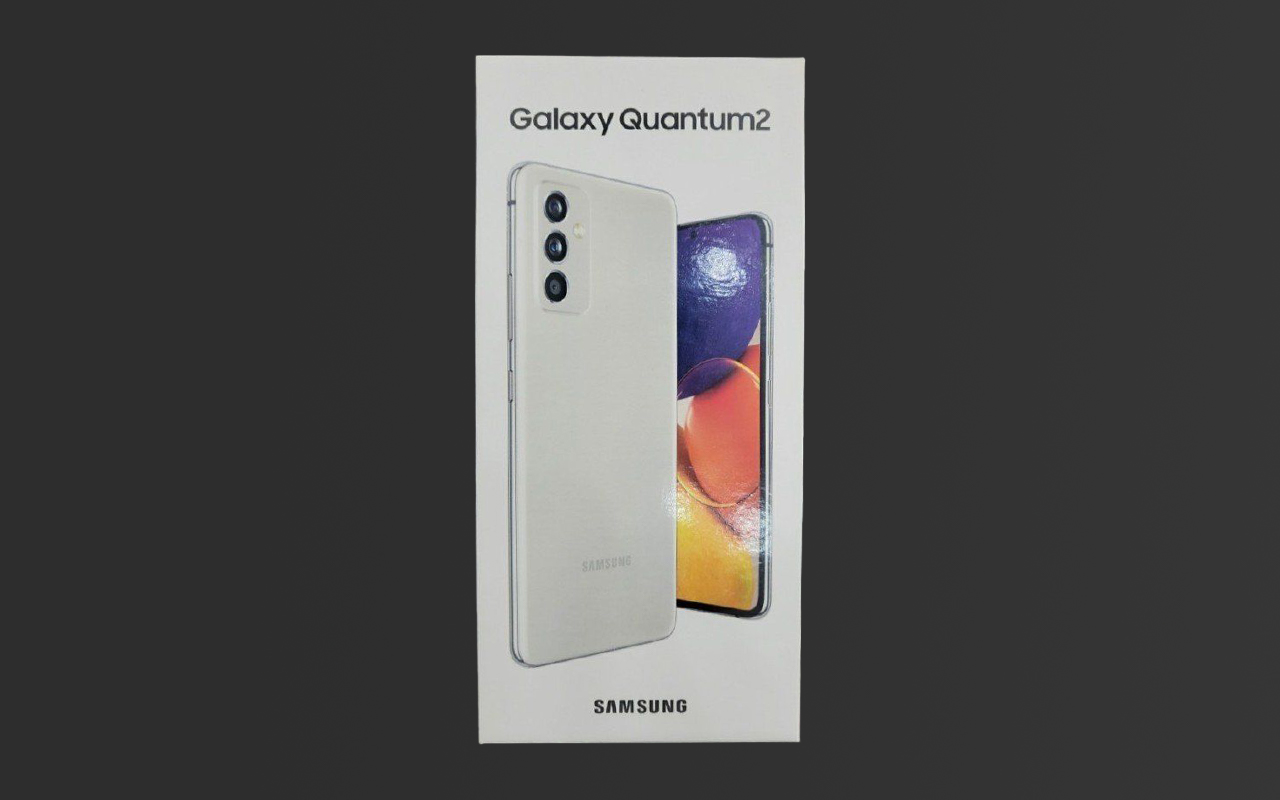 The smartphone has Bluetooth 5.0 and is rumored to feature Samsung Pay with MST. An earlier leak, which showcased the phone’s box, had revealed that the phone will come with a 15W charger and a USB Type-A to USB Type-C cable. It is now being reported that the phone supports up to 25W charging. The box reportedly includes a case and wired earphones.

The Galaxy Quantum 2 is expected to go on pre-order in Korea on April 13 and could be launched on April 23. Pre-order gifts could include Galaxy Buds Live and a clear case.