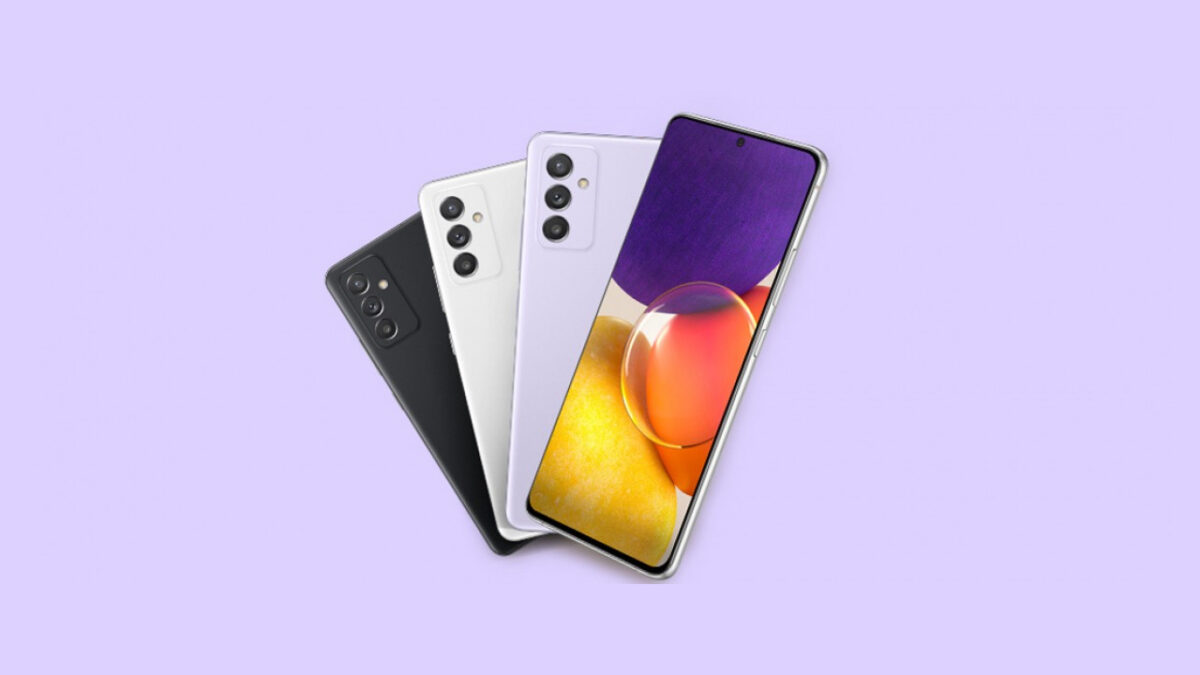 Samsung is working on multiple smartphones, including the Galaxy A82 5G. While the phone hasn’t been officially unveiled yet, its existence has been confirmed as Samsung has mentioned it on its own website. A security-focused variant of the Galaxy A82 5G was launched in South Korea a few weeks ago as the Galaxy Quantum 2.

The Galaxy A82 5G’s name has been mentioned by Samsung on its software update tracking webpage. Even before the phone’s launch, the South Korean firm has put it under its quarterly software update schedule. It also means that Samsung could soon launch the Galaxy A82 5G outside of its home market. The phone’s design and specifications could be extremely similar to the Galaxy Quantum 2.

Going by the information that has already been revealed, the Galaxy A82 5G will feature a 6.7-inch Super AMOLED Infinity-O display with QHD+ resolution and support for a 120Hz refresh rate (at Full HD+ resolution). It also features an in-display ultrasonic fingerprint reader and stereo speakers. The phone will launch with Android 11 out of the box. It is expected to come equipped with the Snapdragon 855+ processor, 6GB RAM, 128GB internal storage, and a microSD card slot.

At the front, the Galaxy A82 5G could sport a 10MP selfie camera. Its rear-facing camera could have three sensors: 64MP wide-angle with OIS, 12MP ultrawide, and 5MP macro. The phone is expected to support 4K 30fps video recording using the rear camera. Other features could include GPS, 5G, Wi-Fi 5, Bluetooth 5.0, NFC, USB Type-C port, and a 4,500mAh battery with 25W fast charging.