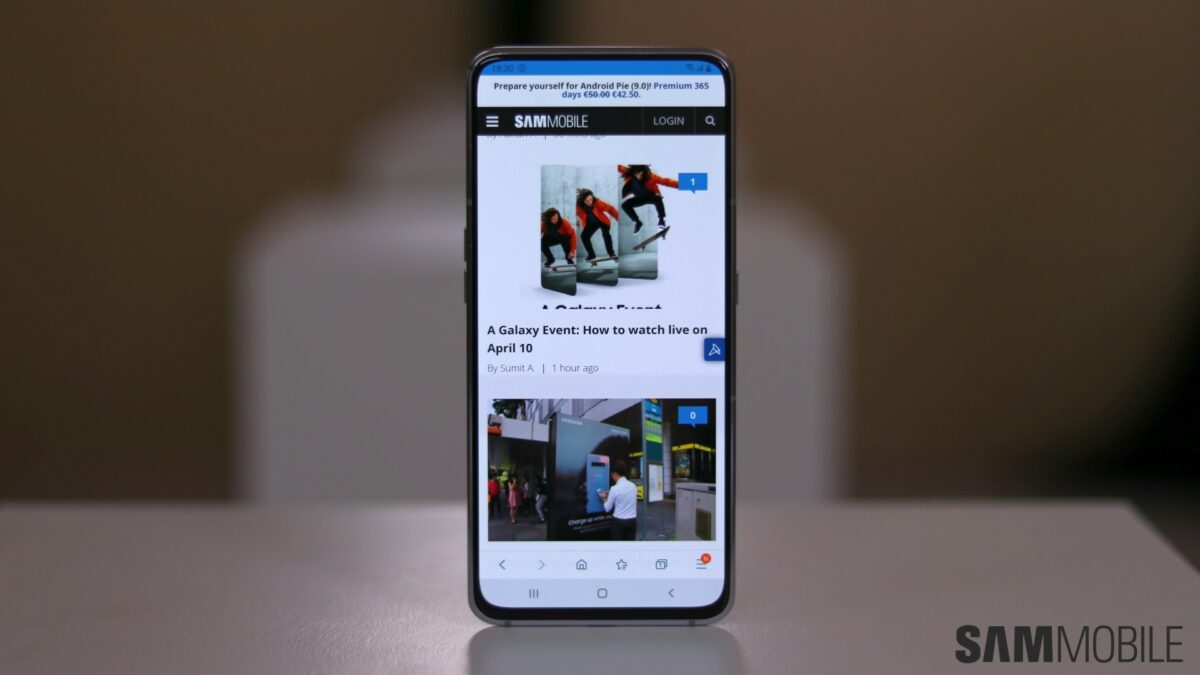 A new software update carrying Android 11-based One UI 3.1 is confirmed to be on its way to the Galaxy A80 series. The rollout already began reaching select models in Europe, having been spotted in France. This latest firmware upgrade for the 2019 mid-ranger is arriving under version number A805FXXU5DUC7 and also comes bundled with the March 2021 security update, as was to be expected.

The new update has yet to expand to more countries but will likely do so shortly. A number of Galaxy A smartphones already made the jump to Android 11 in recent weeks, and many ultimately even skipped One UI 3.0 in favor of a newer, more polished implementation of Android.

But what about Android 12?

The Galaxy A80 just barely missed out on a third generation of major operating system updates that Samsung promised for a whole swath of its devices last summer. Of course, remaining owners can at least count on a steady influx of security patches for at least another year. Many might end up upgrading in the meantime, which is pretty much what Samsung’s contemporary support policy is all about: providing a stable mobile ecosystem that doesn’t pressure you into jumping ship out of fear for your data and privacy.

Galaxy A80 owners eager to upgrade can try triggering an OTA installation manually by going to Settings > Software update > Download and install. Alternatively, our firmware archives will soon have full system images containing the Android 11 update for anyone who’s feeling really, really keen to take them for a spin.