Samsung seems to be going all in with big batteries for its smartphones in all segments this year. The Galaxy S20 smartphones feature the biggest batteries we’ve seen yet on Samsung’s main flagship lineup, and the company is also bumping up the battery capacities on its mid-range phones.

The Galaxy A31, for example, was rumored to have a 5,000 mAh battery, a full 1000 mAh higher than the Galaxy A30. That rumor has now been confirmed by a picture of the A31’s battery posted by the SafetyKorea certification website. No matter how powerful a phone may be, a 5,000 mAh battery pretty much guarantees great battery life. On a mid-range device like the Galaxy A31, it will no doubt last up to two days with light to medium use, though we will have to test the phone out when it is released to see what its real-life endurance figures are like.

In addition to the 5,000 mAh battery, known Galaxy A31 specs include a 48-megapixel primary rear camera, a 5MP macro camera, 64GB and 128GB storage options, and Android 10. However, what isn’t known is when Samsung is planning to launch the Galaxy A31. The Galaxy A30 was announced on February 25 last year, but with Samsung mixing up its release schedule by launching devices like the Galaxy A51 and A71 early, the Galaxy A31 may or may not go official any time soon. 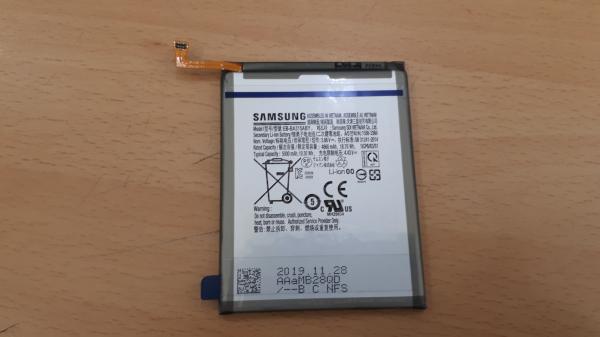