Galaxy A30 and Galaxy A50 official with Infinity-U displays, ultra-wide cameras

Samsung has just made two of its new Galaxy A series phones official at Mobile World Congress in Barcelona. The Galaxy A30 and Galaxy A50 are the company’s first phones to feature Super AMOLED Infinity-U displays, and the Galaxy A50 gets the distinction of being the first mid-range Galaxy with an in-display fingerprint sensor (an optical one, not an ultrasonic one like the S10). Both phones are equipped with ultra-wide rear cameras as well.

The Galaxy A50 is the higher-end device here, as expected. It has a 6.4-inch Super AMOLED Infinity-U display with a fingerprint sensor underneath. It also has a triple rear camera setup, which includes a 25-megapixel primary sensor and a 5MP depth sensor for Live Focus shots. The ultra-wide camera is an 8MP sensor. The Galaxy A30, meanwhile, gets a dual rear camera setup that includes a 16-megapixel primary sensor and a 5MP ultra-wide sensor. Selfie cameras on the A30 and A50 are 16MP and 25MP sensors respectively. 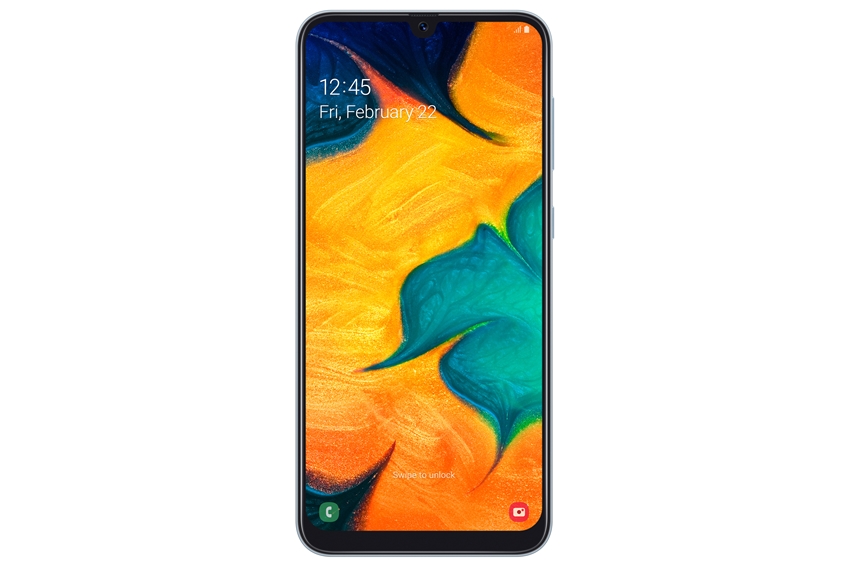 Since these phones run Android Pie out of the box like the Galaxy S10, Samsung has built in many of the same AI camera features. For example, the phone will suggest the user to switch to the ultra-wide camera if it thinks it’s better suited to a particular scene. Scene Optimizer is included as well, although it can only detect 20 types of scenes. The Galaxy S10 gets support for up to 30 scenes.

Both the A30 and A50 are powered by 4,000 mAh batteries with fast charging support. Other specs for the Galaxy A50 include an octa-core processor, 4/6GB of RAM, and 64/128GB of storage with a microSD slot that supports 512GB cards. The A30 has a hexa-core SoC, 3/4GB of RAM, and 32/64GB of storage. Both phones support Samsung Pay in select markets, and the A50 also gets the full Bixby experience.

The Galaxy A30 and Galaxy A50 will go on sale in mid-March, with Black, White, Blue and “Coral inspired by scattered light” color options (as we had exclusively revealed, white is going to be a color we will see on Samsung’s mid-range phones in 2019). India is likely to be the first country to see these devices, as Samsung India has already shown off the devices on its website and has an event planned for February 28 for new Galaxy A series phones.

Don’t forget to check out our hands-on experience with the Galaxy A30 and Galaxy 50. 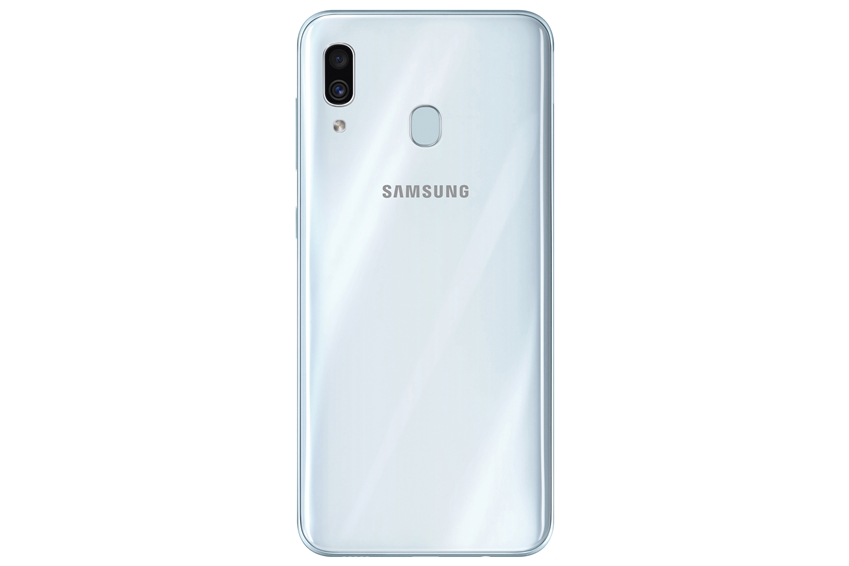