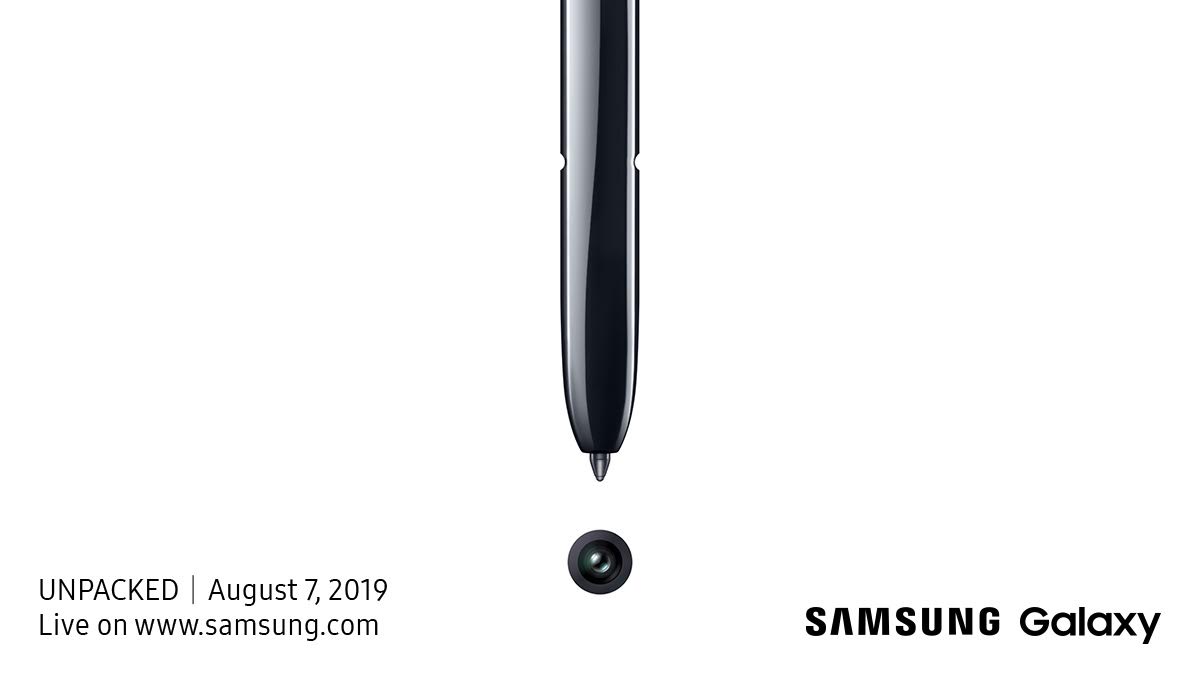 The invite confirms Samsung’s next Unpacked event for August 7 at 4 PM EST (9 PM London, 1:30 AM August 8 India). Samsung has left the venue unchanged. It unveiled the Galaxy Note 9 in New York City last year. That’s also where it’s going to conduct the launch event for its next flagship smartphone.

Based on what we know about the Galaxy Note 10 so far, there will be two variants with a 6.3-inch and 6.75-inch display titled Galaxy Note 10 and Galaxy Note 10+, respectively. Both will feature top-tier internal specs and have separate 5G variants. Leaks show that the rear camera will be vertically positioned. This may also be the first mobile camera system with a three-stage variable aperture.

There may be some changes that Note fans don’t particularly like. There’s a growing reason to believe, based on recent leaks, that the Galaxy Note 10 will ditch the 3.5mm headphone jack. There’s also the possibility that the smaller model may not even have a microSD card slot. Both will retain the S Pen, will likely feature Sound on Display technology and 25W fast charging.

Samsung will reveal all there is to know about the two Galaxy Note 10 models on August 7 in New York City. The information many are anxious to know is when it will arrive and how much it will cost. You’ll be able to follow the event’s live stream on YouTube. As always, we’ll be on the ground in New York City to bring you the latest updates and our hands-on impression of the Galaxy Note 10. 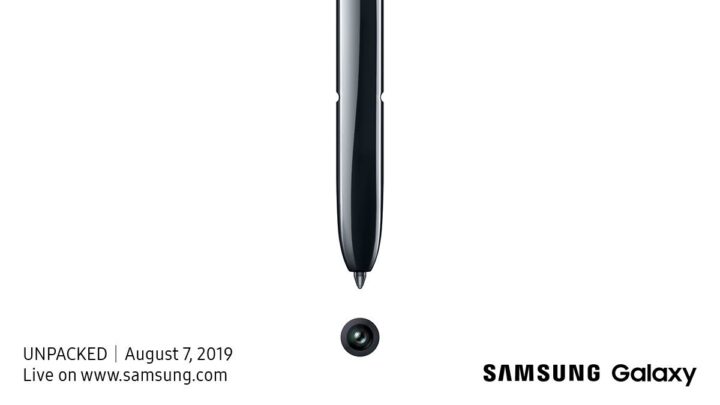