Rumor: Galaxy Note 10 may not have a microSD slot, either 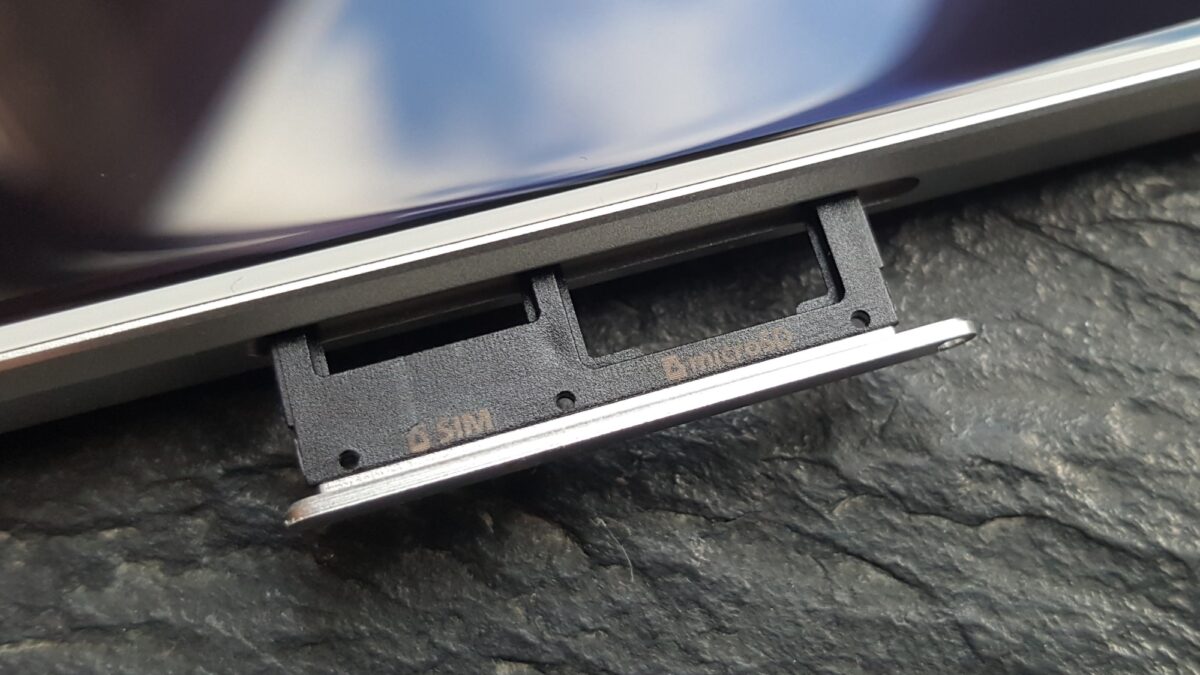 As if all the conflicting reports on whether the Galaxy Note 10 will have a headphone jack or not weren’t enough, a new rumor is now complicating things even further. XDA Developers writer Max Weinbach took to Twitter to list out a few things he learned from one of his sources who apparently managed to play with the Note 10 and the Note 10 Pro, and one of the points on that list says that the regular Galaxy Note 10 has no microSD slot.

Yes, you read that right: The non-Pro Galaxy Note 10 might not have expandable storage. According to Weinbach’s source, there’s no headphone jack on either the regular or Pro models. Samsung reportedly “added a fake headphone jack to the unit to trick people,” whatever that means, and the regular Note 10 also lacks a microSD slot. Now, it’s entirely possible that this information is based on prototype models that may not be the actual product that Samsung will put on retail shelves. It’s still an interesting reveal, however, especially the fact that it’s the cheaper Note 10 that will lack expandable storage.

The Galaxy Note 10 will be the first Note flagship with the small-bezels-with-punch-hole-display design that Samsung introduced with the Galaxy S10; is it possible the company ran out of space on the smaller model to accommodate a microSD slot? Leaked renders – which are “almost perfect” according to Weinbach – show the SIM card and microSD slot is now placed on the top right corner of the regular Note 10, right where the stylus also resides when not in use. Samsung can’t take away the S Pen from the Note lineup, so perhaps it’s the microSD slot that had to be sacrificed?

Samsung would be playing with fire if this is true

Of course, Samsung could have split up the SIM and card slots and placed them at different positions on the device, but if that’s not the case, the Korean giant is clearly taking a major risk. Removing not one but two basic features everyone takes for granted on Galaxy smartphones? It would be 2015 all over again, the year that saw Samsung releasing flagships with small non-removable batteries and no microSD slot.

Samsung provides a minimum of 128GB of storage on its flagship phones, so not being able to plop in a microSD card may not be a huge limitation. But when you combine that with the absence of a 3.5 mm headphone jack, it becomes a whole different ball game. That said, we’re not sure Samsung will actually go ahead with it, not if it wants meaningful sales numbers for the regular Note 10. Or, maybe it won’t really matter and most consumers will pick up the Pro model because of its larger display and battery capacity.

Thankfully, both the Note 10 and Note 10 Pro reportedly have USB Type-C versions of the AKG earphones in the box. It won’t make up for the inability to connect traditional wired headphones, but perhaps Samsung will give away free Galaxy Buds with pre-orders to sweeten the deal? We’ll just have to wait and see, although with the Note 10’s rumored release date fast approaching, it would be best to brace yourself for the worst if you don’t want to be disappointed when the device goes official.