First big Galaxy Note 10 leak is here, and you may not like what it reveals 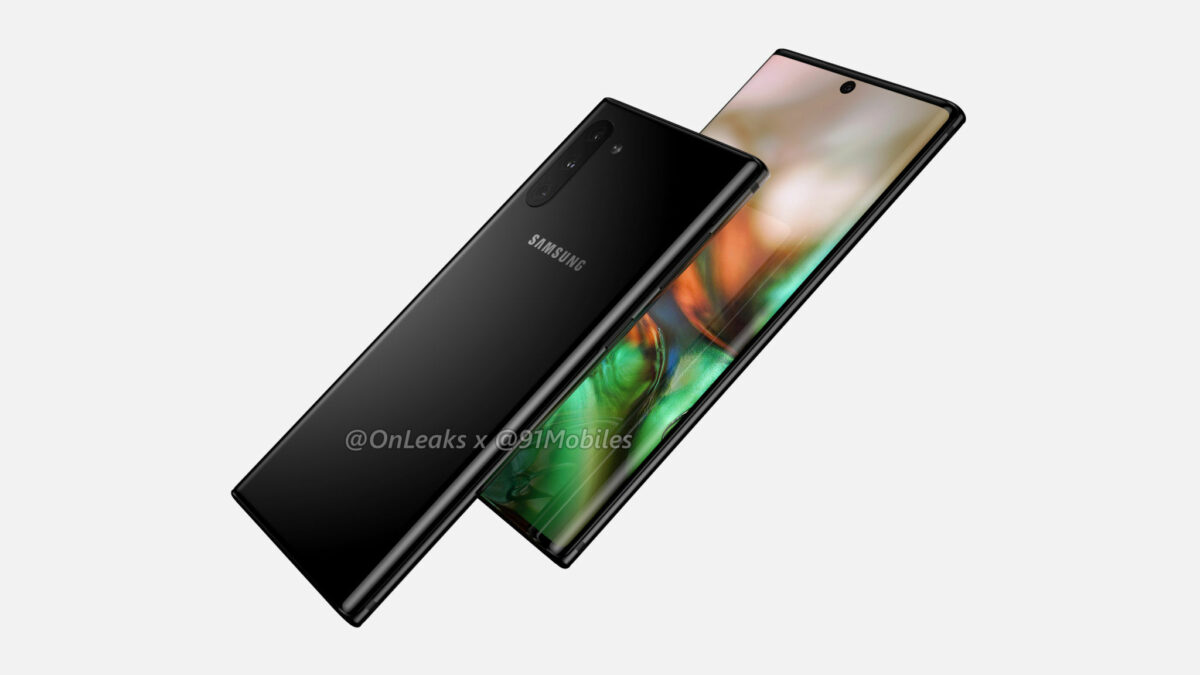 It has finally begun. The first major Galaxy Note 10 leak has arrived, and as expected, it comes in the form of CAD-based renders that give us a look at both the front and back of the device. The leak also confirms some stuff that we’ve been hearing about the Note 10 in the last few weeks: According to 91Mobiles, who have leaked the renders in a collaboration with OnLeaks, there is indeed no headphone jack on the Galaxy Note 10. The Bixby key is reportedly being ditched as well, but the physical volume and power buttons aren’t getting the axe just yet, at least not on the lower-end Galaxy Note 10.

Moreover, the cutout for the front camera will move from the right side of the display to the center. The leaked renders are for the smaller Galaxy Note 10 with a 6.3-inch display and a single front camera, and it’s possible the larger Pro model will continue to have the front camera cutouts on the corner. That’s because we expect the Note 10 Pro to have a dual front camera setup like the Galaxy S10+, as no top Galaxy S model has launched with more cameras than the Note device from the same year before. And the 5G model will likely have three front cameras like the S10 5G, which would make a centered cutout a very ugly sight. 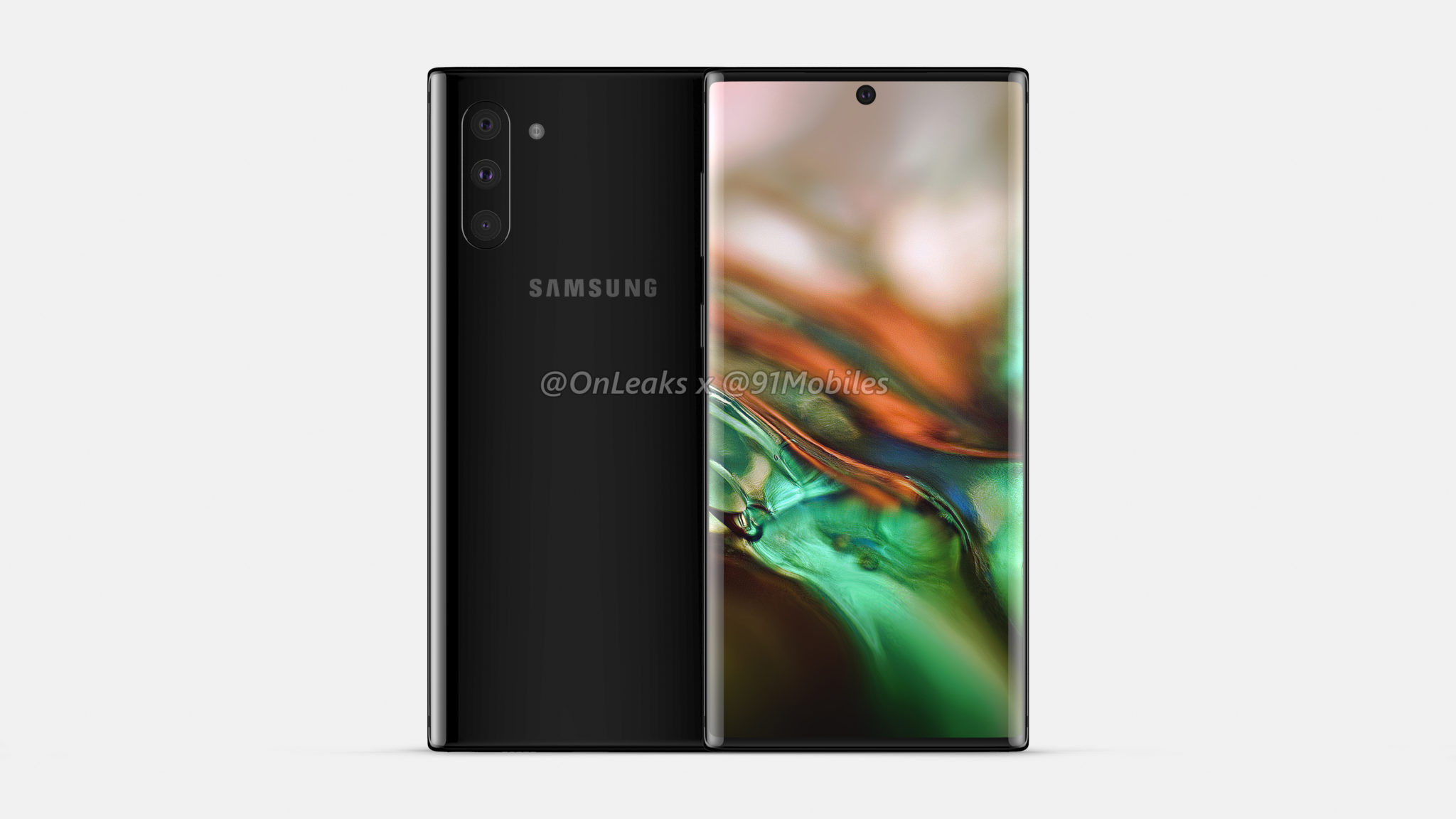 Speaking of cameras, the renders show a triple-camera setup at the back of the phone, aligned in a vertical fashion in the top-left corner. Samsung is also moving the power button to the left side of the phone, below the volume buttons, leaving a barren and clean right side. The power button is likely to double up as the Bixby key — Android Pie allows one to assign a long press of the power button to fire up Bixby Voice, and it’s certainly a good alternative to having an additional physical key on your phone that’s useless for anyone who doesn’t have Bixby Voice support for their language.

As thick as the Galaxy S10, yet no headphone jack 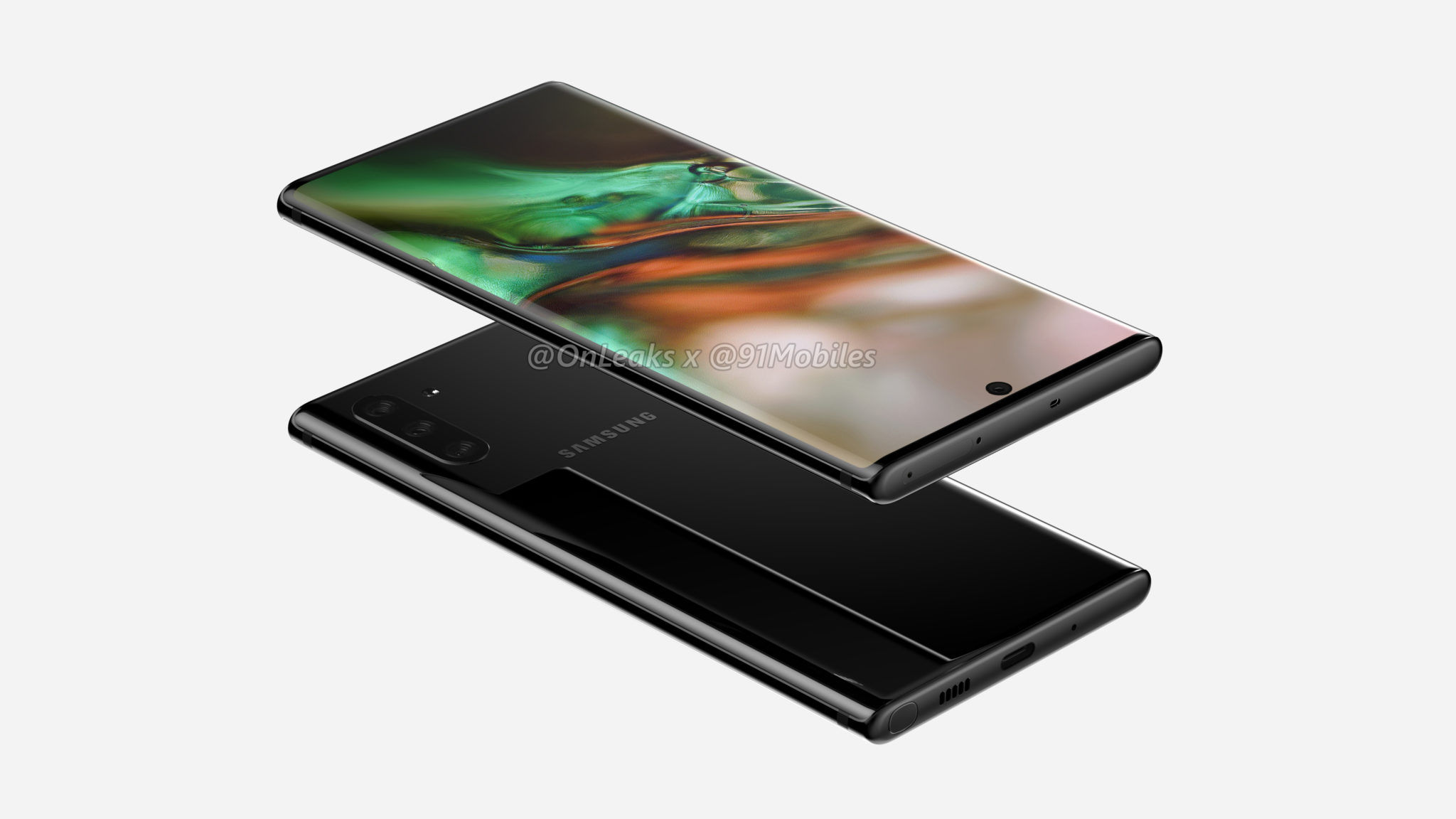 However, going by all the rumors and leaks about the Galaxy Note 10, we may have to finally make peace with the fact that it’s time to say goodbye to that traditional audio jack. It was bound to happen at some point, and coupled with the hole in the display, it could put off some seasoned Galaxy Note fans from upgrading to the next flagship in the lineup.

Check out the renders and a 360-degree video of the Galaxy Note 10 below, and let us know what you think about all the changes the device will bring to the table!