Olixar cases suggest Galaxy Note 10 could have a headphone jack

Retailer Mobile Fun has published photos of official Olixar Galaxy Note 10 and Galaxy Note 10 Pro accessories, and these accessories support many of the design elements that leaks have revealed in the last couple of weeks. The floodgates have opened fully it seems, with Galaxy Note 10 information coming out of the woodwork quite frequently, and we can only expect more such leaks in the coming days.

Like the screen protectors that were seen in images earlier this week, the Olixar screen protectors lack a cutout for the earpiece grill, providing further proof that Samsung will be using Sound on Display technology to put the earpiece under the display. This is something the company has already done on the Galaxy A80 and the recently launched Galaxy M40, and we can hope the implementation will be better as we found the Galaxy M40 produces very hollow sound in calls. 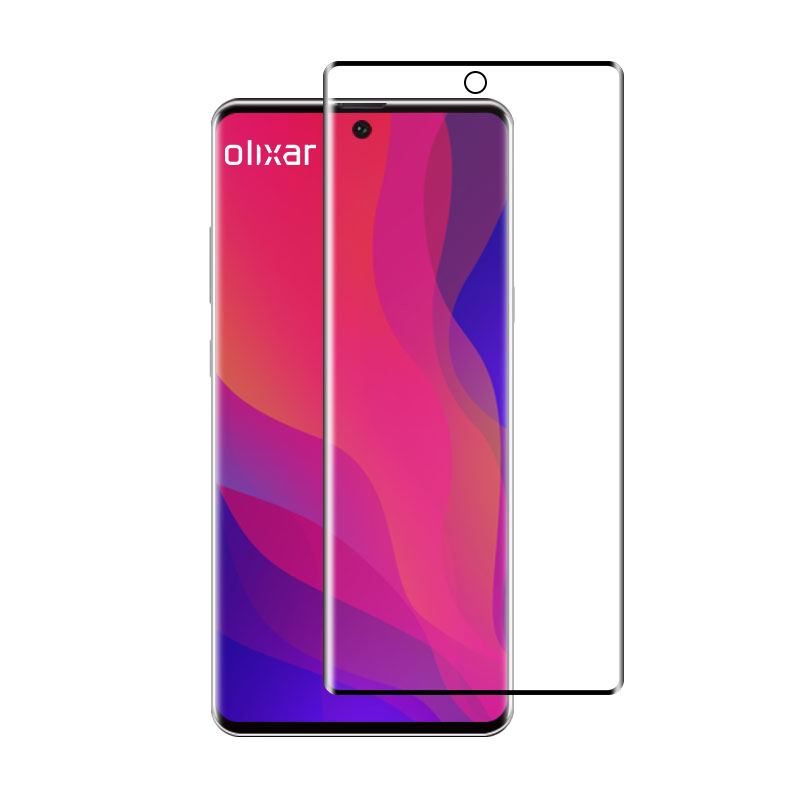 Mobile Fun has also released images of various Olixar cases for the Galaxy Note 10 and Galaxy Note 10 Pro. The cases show a vertically laid out triple-camera setup at the back on both devices, just like leaked Note 10 and Note 10 Pro renders had revealed. The Note 10 Pro gets two extra sensors below the LED flash, one of which should be a ToF (Time-of-Flight) sensor. It’s unclear what the other one is, but it could be a heart rate sensor. The Note 10 doesn’t seem to have one, and that would be unsurprising since the Galaxy S10e doesn’t have one, either. The front has a single camera for selfies on both models.

Is that a headphone jack? 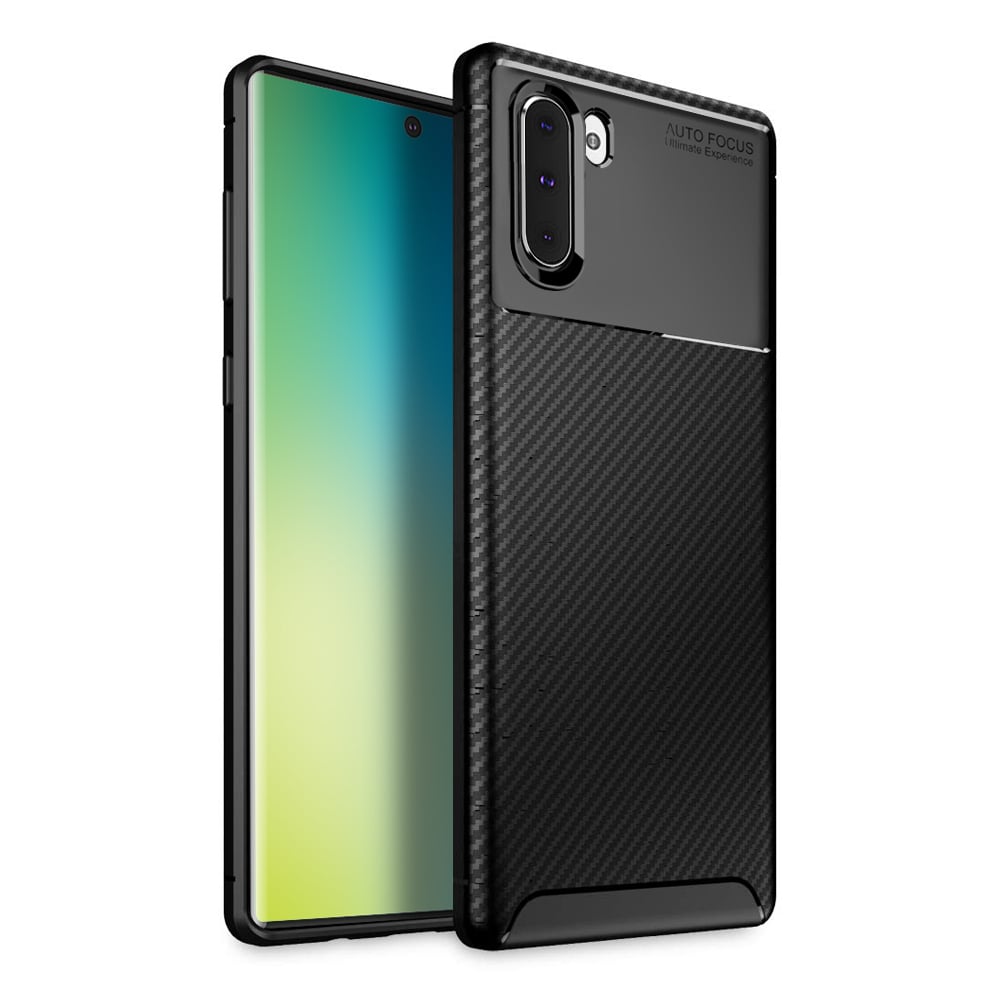 Sadly, there’s no picture of the top and bottom of these cases, so we can’t be sure if there’s a cutout for a headphone jack in there. There does seem to be a headphone jack cutout in some of the cases, but we’d suggest being a bit skeptical until more solid evidence comes out. Samsung has removed the 3.5 mm headphone jack on plenty of devices in the last two years, and at this point most of the rumors and leaks are leaning towards the possibility that the Note 10 and Note 10 Pro won’t have one.

If it helps, it looks like the Bixby key really is going away – the Olixar cases have only volume and power keys. Not everyone will be happy about it, of course, as Samsung now allows the Bixby key to be assigned to other apps. Bixby itself will most likely be present on the Note 10 in all its glory, and the power button should allow users to fire up Bixby Voice with a long press.

What do you think about the Galaxy Note 10 and Note 10 Pro after seeing pictures of cases and screen protectors of the device? Are you ready for the Huawei and iPhone-like vertical camera setup and the wireless future Samsung’s next flagship might force on consumers? 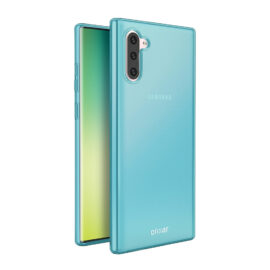 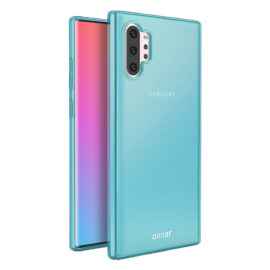 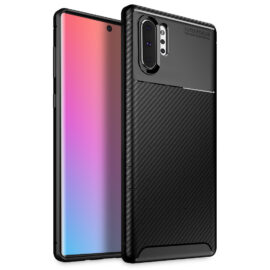 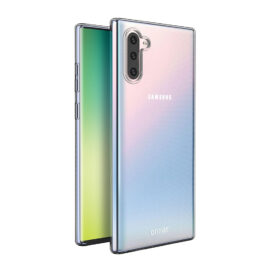 You can get the Jack out, and set it Usb type C port for the headphones :), still i don’t know if they will be stereo sound.

“and we can hope the implementation will be better as we found the Galaxy M40 produces very hollow sound in calls.”

“Sadly, there’s no picture of the top and bottom of these cases, so we can’t be sure if there’s a cutout for a headphone jack in there.”

On the second picture I can see jack cutout.

This same no headphone leak was out for S10 up to two months before the launch and nearly everyone believed it, because ice universe said it, then forgets all about it when it turns out to be wrong. Some people are like goldfish. They swim once around the bowl and second time, they forget they’ve been there already. It will happen again this year. Just wait. Lol.

I realy Hope its True that the jack is gone. I havent used any wired headphones for ages. So more juice to the batery or space to some thing more important is the way to go… Did i read right the other day When a source said IR? Id love to have that one back.! 🙂

You don’t need to use a jack if you don’t want to. But I’m surprised that people don’t care about having much higher bitrate and better quality sound, but want to have ancient technology like an IR blaster. Do you STILL not have a TV or other home appliances that work on Bluetooth or WiFi?

An ir blaster comes in handy almost anywhere, i travel around alot and through many buildings, being able to control tvs or aircons etc from my phone is very handy, sad day when they removed the ir.

An IR blaster? How old is the stuff you have in your house?🤣

I still have a CRT telly, works perfect and a great picture ans sound. So i think whats the point in spending money to replace something i’m happy with.

Lol. You should have kept your old S4 or whatever was out then. It had an IR blaster too….. WhatvamnI saying, you probably still have that too. 😂😂😂

It’s not the stuff in my house Gunter, you need to get out more! Maybe get a job too, see the inside of an office, hotel room, conference room.

I’ve been running a very successful business based in Stuttgart and Frankfurt for 22 years my friend. I have my own conference rooms and an excellent group of staff. You know Martin, when you assume something, you tend to make an ass of yourself and you my friend are a particularly big ass.😉

I was waiting for that @Gunter2. Lolol. Martin obviously hasn’t remembered any of your previous posts that he actually responded too, so possibly has the memory of a goldfish. But, be kind he might be a wrinkly old ass that’s gone a little bit senile…..or just not very smart. I don’t want to be unkind, so I’ll go with senile. He just can’t help making a fool of himself.

I did say my contact in Samsung Turkey told me that there’s a headphone jack on Note10, which I mentioned here, (many laughed as some people [email protected] as if he’s god) just as for the S10 I told people it will have a jack, (same source) …. when the S10 no jack story was in full swing mode. People laughed but who was right last year and is going to be right this year too? . 😉

Hahaha you are soooo full of yourself and see yourself as a tech guru 😂😂 but I REALLY REALLY REALLY hope you and your Turkish source are right on this one because I really want to see the headphone Jack on Note 10 for me to even consider to upgrade from Note 9.

I’m not a tech guru just happen to have a friend with more knowledge (inside knowledge) that the bulls**t artists everybody believes. Your hope will come true. There is a headphone jack on the Note10. Stop automatically believing the clickbait rubbish.

I don’t have direct information but a work colleague who knows a Samsung guy in Frankfurt, I don’t know if he is high level or not is also saying there is a headphone jack on the new Note. People very easily believe clickbait nowadays. People always say scam artists like Iceuniverse are very accurate, but if you read his early predictions they’re usually completely wrong, and he updates his words as it gets closer. Early predictions are almost always rubbish unless they accidentally get something right. People are stupid.

The new A-Series sound buttons are very tough, if possible, in new parties

I don’t have that problem. Don’t worry, when you find a boyfriend to kiss you won’t be so uptight.😉

I thought you would enjoy that. We should not let him forget. Haha.

You guys don’t know your memes do you? Lol It’s not about being uptight or LGBT. You set up the moment, I delivered the punchline. I mean, you really had to get offended by it!? 😂

We weren’t offended. Just commenting on your immaturity. But maybe you are actually 12 years old. Who knows?

If really headphone jack is available and Bixby button is gone, definitely I will buy the Note 10 pro. I’m long overdue to upgrade my S7 edge which is really a good phone.

If you don’t use an SPen, the S10 plus is a great upgrade. We use the stylus as a work tool so we wait for the Note.

If indeed it does, then they have made a sale. If not, then see ya.

Then theres no other phone to go to

How about the Note 9, ring a bell?

Is anyone on this site accurate?
Weeks of no jack, now a jack.
Needs more accurate research than to mislead. Rumors or not.

Rumors cannot be researched or be deemed accurate without proof. This is standard fare for devices that haven’t launched yet, we can only depend on these leaks and rumors ourselves, and they are always conflicting like this. We were told the S8 might not have a headphone jack, which turned out to be incorrect, but with the Note 10 there’s plenty of visual evidence through these leaked renders etc. We don’t want the headphone jack to go away, either, but it’s looking like a possibility for sure.

last report posted said no jack and no buttons.
This has an impact on individual’s decision to upgrade or not.
There needs to be more concise reports rather than many.
Already, many are not staying with the note due to the last report here, and its very stressful to humans to see such conflicting information. I for one previously worked under samsung for text support, and would only divulge verified information.

A job with Samsung is different from a fansite. We have no relation to Samsung, and reporting on rumors and leaks is part of what we do here at SamMobile.

More news »
US unlocked Galaxy S10 and Note 10 get February security update By Abhijeet M.|2 weeks ago
Samsung’s new Instagram interactive story has you running after bad guys By Mihai M.|1 month ago
Blockchain multiplayer game Battle of Elrond is a Galaxy Store exclusive By Mihai M.|1 month ago
Unlocked Galaxy S10 and Note 10 get January security update in the US By Abhijeet M.|1 month ago
SamMobile TVMore »
Opinions More »
The one reason I’m getting the Galaxy S20 Ultra over the Galaxy S20+
5 days ago