Samsung Galaxy A80 benchmark surfaces ahead of launch 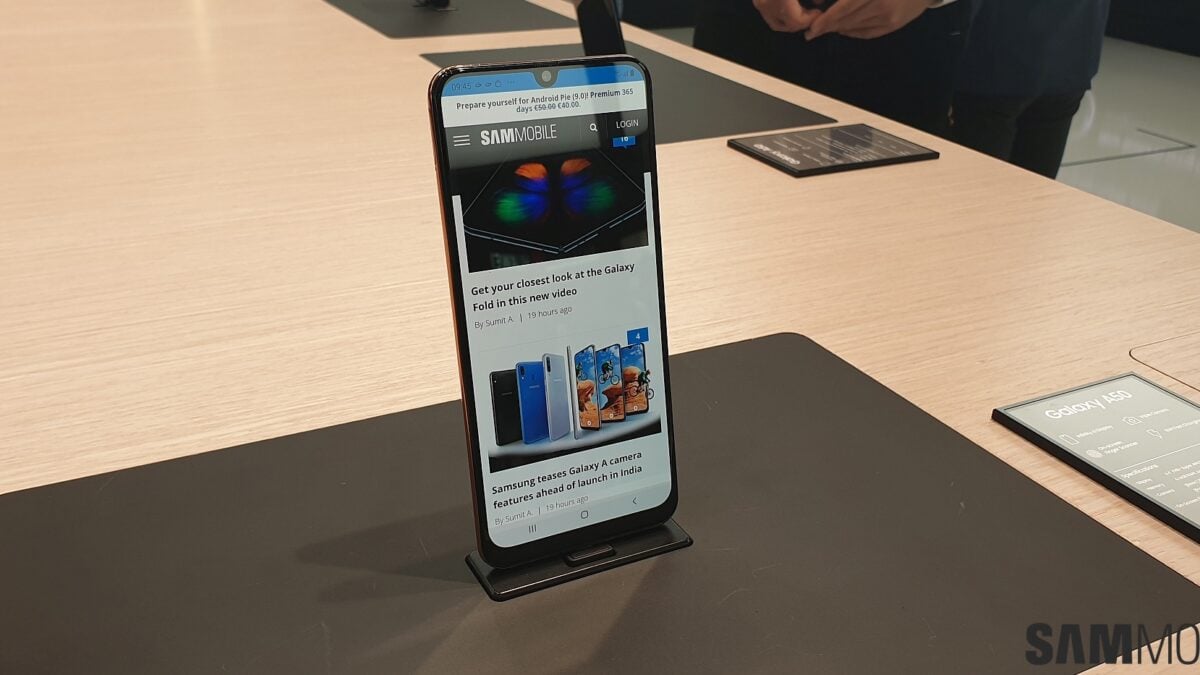 A Galaxy A80 benchmark has now surfaced on Geekbench ahead of the handset’s expected launch tomorrow. Samsung’s “A Galaxy Event” takes place in Milan, Bangkok and São Paulo on April 10. The company is expected to launch new Galaxy A devices at the event, including the Galaxy A80.

Samsung has launched a handful of new Galaxy A series handsets over the past couple of months. It has brought some great new features to the devices while also improving the hardware. The new additions include bigger batteries, multi-lens cameras and even in-display fingerprint sensors.

The Galaxy A80 (SM-A805F) benchmark reveals that this device will be powered by Qualcomm’s Snapdragon 6150 processor. That’s likely not the commercial name for this chip. It started popping up on Geekbench in December last year and is believed to be the successor to Qualcomm’s mid-range Snapdragon 675 chip. The listing also mentions the possibility that this device may have 8GB of RAM.

Not much else has been confirmed by this Galaxy A80 benchmark but it’s not like we’ll be in the dark about it for too long. There’s a good chance that we might get to hear more about this device from Samsung tomorrow. Its additional features may include 25W Adaptive Fast Charging and a 3,700mAh battery.

There has been a lot of talk about a new Galaxy A series handset with a sliding, rotating camera mechanism. This would allow for a ‘Notchless Infinity’ display, something which has already been referenced on an official Samsung website. Clearly, there’s a lot to look forward to from Samsung’s April 10 event. You don’t need to be in those three cities to follow the proceedings live. Here’s how you can stream tomorrow’s Samsung event online. 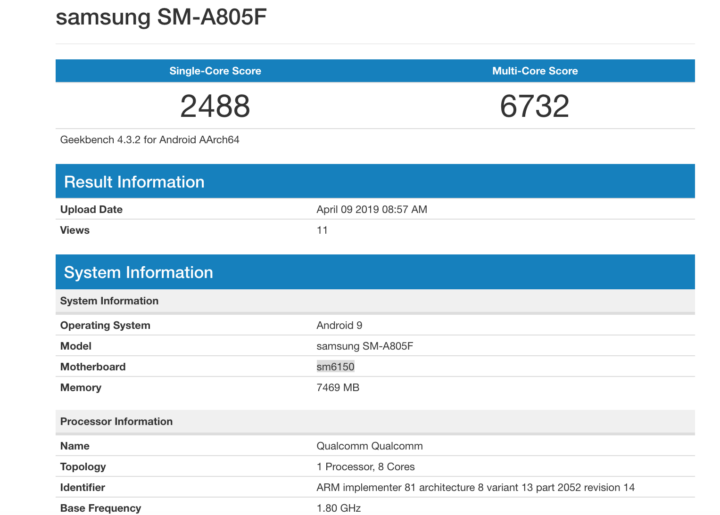