Samsung released an update for the Android Pie beta on both the Galaxy S9 and Galaxy Note 9 this week, bringing a number of fixes for known issues. And it turns out the company is also playing around with the camera app interface a bit. Pie brings major changes such as a dedicated video recording mode and features like Scene Optimizer for the Galaxy S9, and the latest beta is changing the way the latter works.

On recent devices and on Android Pie for the Galaxy S9 and Note 9, Samsung had spun off Scene Optimizer as a separate mode. On the new beta that was released this week, it’s back to being a toggle in the camera settings, but it does something different. Enabling Scene Optimizer in the camera settings now adds a switch for it in the main camera interface (the viewfinder), and you can now use this switch to turn Scene Optimizer on or off on the fly. The icon for the switch is a bit confusing, but it turns green when Scene Optimizer is enabled. And, once the feature detects the type of scene you’re trying to capture, the icon will change to reflect that.

Here’s a comparison of Scene Optimizer in the camera app interface from the last beta (left) vs the new beta (right): 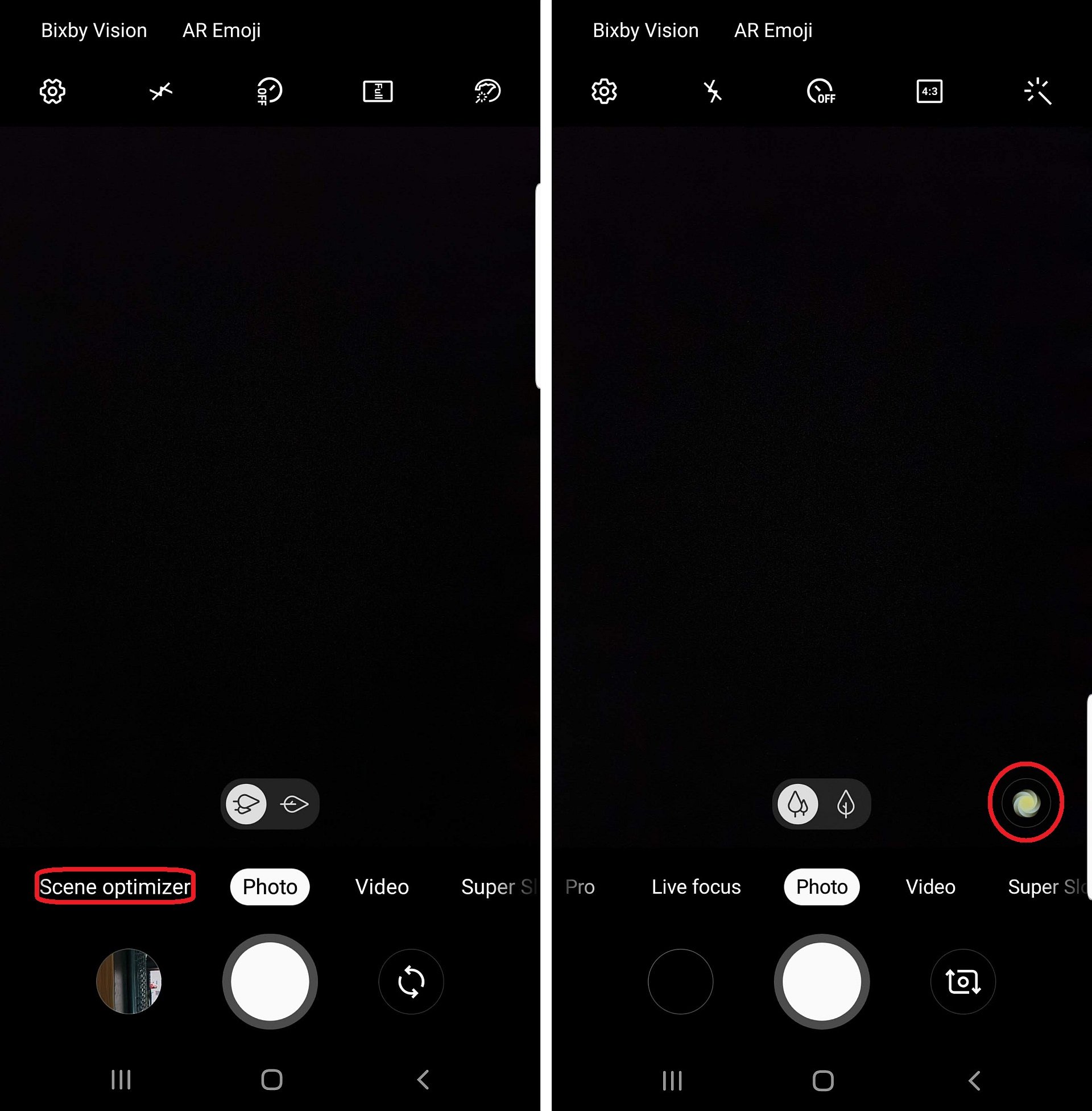 Here’s the Scene Optimizer icon indicating the type of scene (landscape, in this case):

Basically, on the latest beta, the Scene Optimizer toggle in the camera’s settings menu decides whether you see the toggle for switching the feature on or off in the main interface, almost like toggle-ception. The update also changes the icon for enabling the full-screen viewfinder (it now says 4:3 instead of Full), and inside the camera settings, Scene Optimizer and Flaw Detection are now the first options, in keeping with One UI’s focus on having the most important functionality above everything else.

Of course, whether this is how things will be in the official stable Android Pie update that releases in January remains to be seen. The very purpose of the beta program is for Samsung to play around with various features and UI elements and take user feedback, so the camera app may yet go through more changes.

What do you think about this new way for accessing Scene Optimizer? Would you prefer a dedicated mode instead, or do you have an even better suggestion (not excluding the removal of the feature altogether considering it doesn’t many any meaningful differences?