Of course, this may just be Samsung starting work on Android Pie early because of the new user interface. Samsung’s One UI is a big refresh for the company’s Android phones, so it would make sense for more comprehensive testing to ensure that the Pie update doesn’t have any major issues after release. The problems Oreo had despite months of beta testing are still fresh in our minds, after all. And rather than start a beta program for more than just the Galaxy S9, Samsung is probably looking to get things done as quickly as possible. 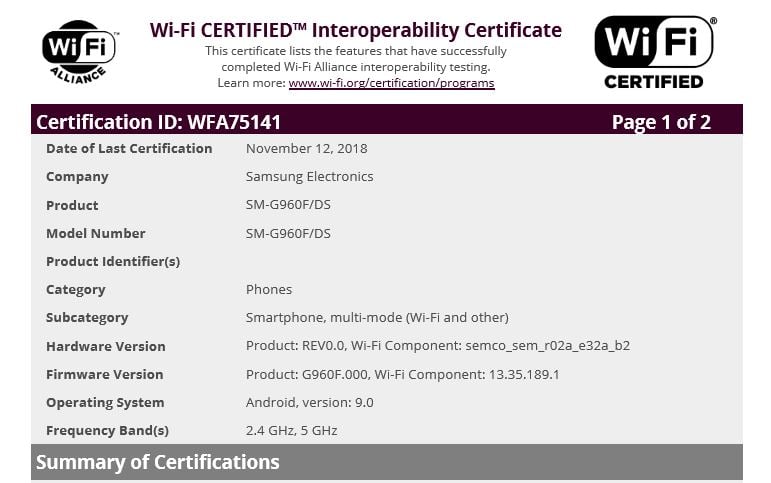 Wi-Fi certifications do suggest the Pie update could come out quicker than usual for all of these flagships, but we would prefer not getting too excited since it’s not how Samsung does things. Thankfully, it won’t be long before Galaxy S9 and S9+ owners in the US, Germany, and South Korea will be able to get an early taste of Android Pie and One UI. Samsung is expected to start the Galaxy S9 Pie beta program on November 15th, with the rollout of the final update slated for January.