Galaxy A6 headed to China as the Galaxy A9 Star Lite 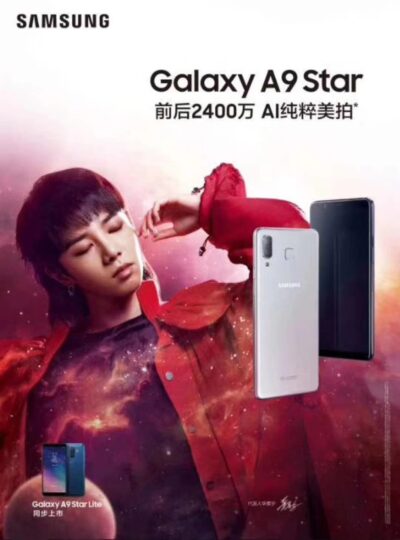 The image isn’t too clear, but the metal body on the device is a dead giveaway that the A9 Star Lite is just a rebadged Galaxy A6. It may have a few changes – most likely upgrades in RAM and storage for a better chance to do well in the competitive Chinese market – but it’s also possible it will retain the exact specifications of the Galaxy A6. That would put it below the Galaxy A9 Star by some margin, what with its regular 16-megapixel front and rear cameras and a smaller display with a lower screen resolution. There won’t be a dedicated Bixby button, either, which would make the virtual assistant much less useful on the Galaxy A6.

The poster also confirms the 24-megapixel front camera on the Galaxy A9 Star, while suggesting that an official reveal is right around the corner. The Galaxy A9 Star should also be launching in a few other South Asian markets, probably those where the Galaxy A6+ wasn’t released given its similarities with the Plus-sized A6.