Samsung has started rolling out its first significant maintenance update for the recently-released Galaxy J3 (2017) in Europe. The upgrade—J330FXXU1AQH4—includes all of the patches included in last month’s release, as well as a handful of miscellaneous bug fixes, stability improvements and speed optimizations.

For those unaware, the August maintenance release, which started making the rounds for the Galaxy S8 more than a month ago, bundles patches for a total of 40 Common Vulnerabilities and Exposures; twenty-eight in the Android operating system and twelve in Samsung’s in-house firmware.

To check to see if the update is available for your Galaxy J3 (2017), open up Settings, select Software Update, then tap Download Updates Manually. If you don’t feel like going down that route, you can wait until you receive an alert instructing you install the OTA, but that typically takes a little longer to arrive.

Time is on your side though, seeing as the Galaxy J3 (2017) is part of Samsung’s quarterly upgrade program, meaning it won’t receive its next maintenance release until December, while its flagship and former-flagship smartphones, including the Galaxy S7, are treated to the latest patches on a monthly basis. 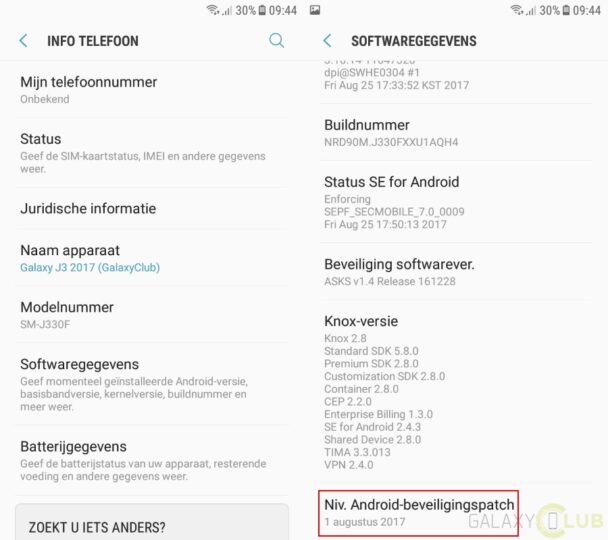