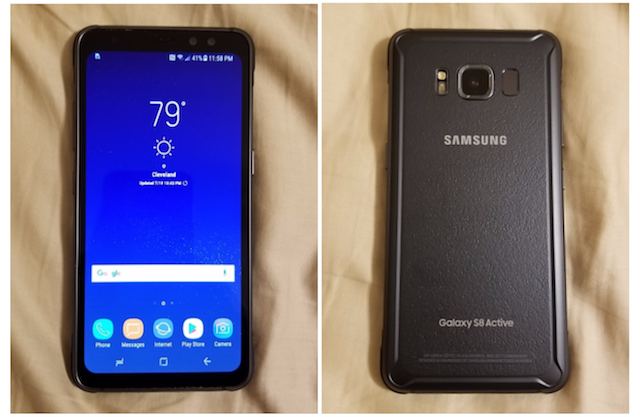 A couple of live Galaxy S8 Active images were leaked online recently and now we’re being treated to more. There’s even a video of the upcoming handset that has now been leaked. The newly leaked content merely reiterates what we know about the Galaxy S8 Active so far. It also reveals that the handset is going to have a 4,000mAh battery.

These images and video apparently come from a Samsung employee in San Francisco who has access to this prototype of the Galaxy S8 Active. As we exclusively reported three months ago, this handset carries model number SM-G892A and will be exclusive to AT&T for customers in the United States.

The Galaxy S8 Active’s body is made out of polycarbonate with metal on the sides. Previous Active handsets have replaced the physical home and capacitive keys for durable physical keys but that’s not the case here. The on-screen keys that we were introduced to with the Galaxy S8 are present here as well.

Previous Active handsets have also had a reprogrammable Active Key which has now been replaced with the dedicated Bixby button. As is the case on other Galaxy S8 models, the Bixby button is not remappable. Then again, Samsung has a pretty good reason for not allowing customers to remap the Bixby button.

It has a flat 5.8-inch Super AMOLED display and not a dual-edge curved panel like the Galaxy S8 and Galaxy S8+. The handset is built to military durability standards so users can get pretty rough with it without having to worry about breaking their device.

The specifications include a Snapdragon 835 processor with 4GB RAM and 64GB of internal storage. It has a 12-megapixel rear and 8-megapixel front camera. There’s no underwater camera mode that was present on previous Active devices. It will be powered by Android 7.0 Nougat.

No word as yet on when Samsung and AT&T will officially launch this handset. It shouldn’t be too long now. 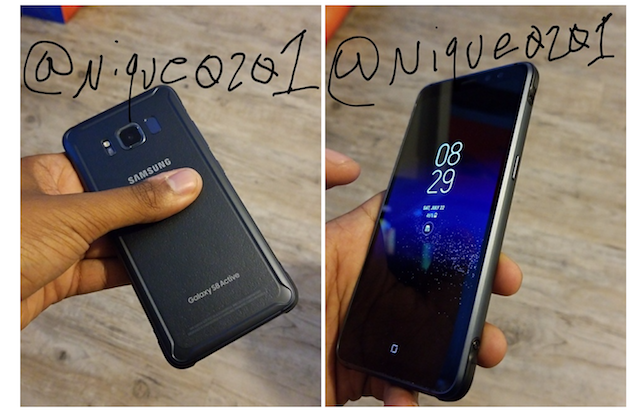