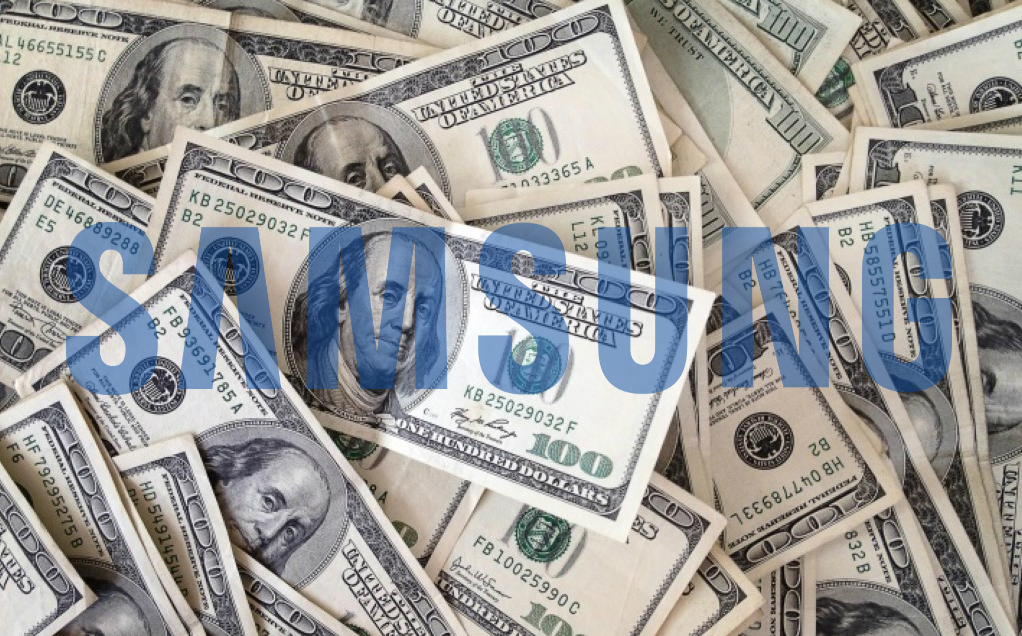 Samsung published its earnings guidance for Q2 2017 earlier today and those predictions seem to be coming true. It expects consolidated sales of around KRW 60 trillion or $53 billion. Operating profit is estimated to come in around KRW 14 trillion or $12.1 billion.

This would be the first time that Samsung overtakes Apple in operating profit. Analysts predict that Apple’s operating profit during this period may come in at $10.55 billion. It would also make Samsung the most profitable company in the world in the quarter ending June 2017.

It has taken the company nearly four years to beat its own previous record. The last time Samsung posted a record-high operating profit was back in the third quarter of 2013 when it posted 10.16 trillion won in operating profit. When compared to last year’s numbers, Samsung’s revenue and operating profit will be up 18 percent and 72 percent year over year.

This is a turnaround story for the history books. Samsung has been able to pull this off in less than a year after one of its biggest product and PR disasters ever: the Galaxy Note 7. The company took billions in losses after the Galaxy Note 7 was discontinued. Many were quick to comment that the company’s downfall had begun but Samsung put its head down, got to work and is on track to make history.

The breakdown of the numbers will be provided once Samsung releases the full earnings for Q2 2017. We’ve seen the company’s performance improve in the past few quarters primarily due to the stellar performance of its chip and display businesses. Those divisions enabled the company to still report a profit even after the Galaxy Note 7 eviscerated the mobile division’s profit.

It’s going to be a similar story in the previous quarter. Samsung is benefitting from the higher prices for memory chips that are used in all computing devices. It doesn’t hurt that Samsung is one of the biggest suppliers of memory chips in the world.

The company also has a virtual monopoly in the small-to-medium-sized OLED display panel market. Since more manufacturers are now opting for OLED displays for new smartphones, they can only turn towards Samsung as it’s the only manufacturer that can supply in volume at this point in time.

Credit also goes to Samsung for making improvements elsewhere. The company has successfully cut manufacturing costs for memory chips. That has been a big factor in the continuous revenue growth from this division.

Analysts predict that chip prices will continue to rise in the current quarter which means that Samsung just might post another record operating profit in the third quarter of 2017. Prices for DDR3 4GB DRAM chips have averaged $2.97 in the previous quarter. That’s a healthy rise in price compared to $1.58 from just a year earlier.

Samsung is believed to be on track to replace Intel as the biggest chipmaker on the planet by sales later this year if it is able to keep up with this momentum. That’s certainly a significant achievement.

All of this plays very nicely into Samsung’s hands and plasters a lot of green on its balance sheets. No wonder the company is investing billions of dollars into its component businesses to ensure that it remains on top. This is a veritable cash cow for the company.

Semiconductors and displays might have kept the ship afloat post-Galaxy Note 7, but Samsung’s smartphone division has bounced back in spectacular fashion this year. The Galaxy S8 is perhaps the greatest smartphone that Samsung has ever created. It was breaking records right out of the gate and is likely to end up being Samsung’s best-selling smartphone to date.

The Galaxy S8 was launched to rave reviews in April this year. The handset couldn’t contribute much to Samsung’s Q1 2017 earnings as the quarter had almost wrapped up by then. Q2 2017 is the first full quarter of the Galaxy S8’s availability and it goes without saying that it has contributed significantly to the company’s bottom line.

Samsung hasn’t revealed sales figures for its new flagship smartphone but conservative estimates from market analysts put the figure in the tens of millions. We’ll get a better sense of the Galaxy S8’s contribution once the earnings are broken down division-wise in the final result.

Investors have predictably been bullish on the company. Samsung’s stock has soared 33 percent this year alone, adding to the respectable double-digit gains made in the previous year.

All that goes up must come down, as the saying goes, but it can be said with certainty that this is an outcome that Samsung wants to avoid. The company has plans in place to consolidate these gains and maintain momentum in the coming quarters.

It’s making forward-thinking investments for precisely this purpose. The mobile division is particularly going to consolidate its gains in the premium segment of the market. The hotly anticipated Galaxy Note 8 will take the baton from the Galaxy S8 and likely prove to be another record-breaking product from Samsung.

Samsung will report the full earnings result for the second quarter of this year in the coming weeks. The numbers will show just how much of a contribution each of its divisions has made to get it to this historic moment compared to the previous quarter and the same time last year.

The company will likely talk about the steps that it’s going to take in order to continue this momentum in the coming quarters. Investors will certainly be very interested in knowing what it has planned.

I predicted in January that 2017 will be the year of Samsung. It certainly looks like it.