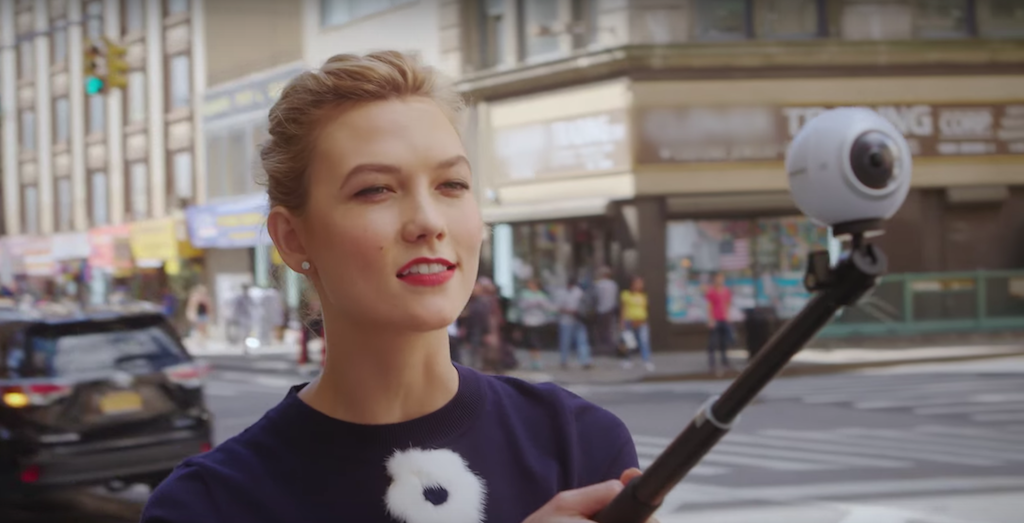 We’ve been keeping an eye on a mystery Samsung device bearing model number SM-R210. It first surfaced in an import listing last year and the description revealed that the device would have a camera. Earlier this year the device was spotted at the Wi-Fi Alliance and the certificate revealed that it runs Samsung’s Tizen OS and has Wi-Fi connectivity.

While it was suggested at one point that this device could be a commercial version of Samsung’s experimental Otto robot, it turns out that the SM-R210 is nothing more than the “Next Gear 360.” If you’ve not guessed it by now, this is the successor to Samsung’s first 360-degree camera.

The Bluetooth SIG listing for this device reveals that it’s going to be called the Next Gear 360 and the name removes any doubts about what the SM-R210 is. The reason why there was so much confusion about this device was because Samsung assigned the alphabet “R” to its model number while the original Gear 360 had model number SM-C200 where “C” denotes that it’s a camera.

It’s unclear why Samsung has made that shift, perhaps it has something to do with the Gear 360 Pro that Samsung talked about recently without actually unveiling.

Now that it has been approved by the Bluetooth SIG, it’s only a matter of time before the Next Gear 360 is launched. We might get to see it later this month when Samsung unveils the Galaxy S8 and Galaxy S8 Plus on March 29.