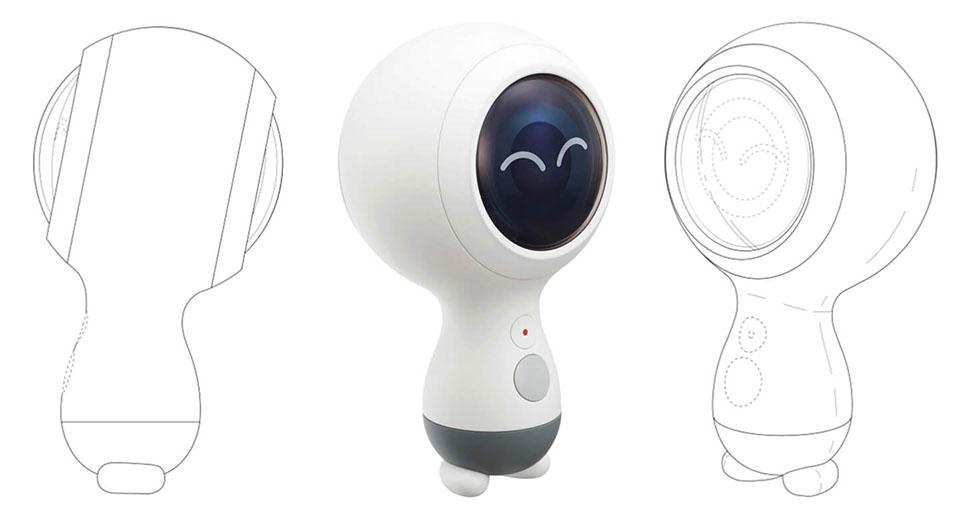 Samsung is working on a new variant of its coveted 360-degree camera, the Gear 360, according to a filing spotted on the Korea Intellectual Property Rights Information Service’s online database. The upcoming unit, which has been dubbed the Gear 360 (2018), is expected to hit the shelves in 2018.

We don’t have any solid details about the Gear 360 (2018). However, a sketch included in the documentation reveals that it sports a similar design to the Gear 360 (2017), though the so-called legs have been made shorter to make it fit better in the hand—and the overall appearance has been tidied up.

Forbes believes that the Gear 360 (2018) will also record video at a better resolution than its predecessor, because let’s face it: the Gear 360 is a fantastic piece of kit, but until it’s capable of shooting in 360-degree content in 4K UHD, it’ll be missing from every major film-maker’s kit list.

Not everything is as it seems

We should note, however, that this patent application actually predates last year’s Gear 360 (2017), but that doesn’t mean it’s a throwaway; Samsung regularly reserves the rights to designs long before it intends to use them. Just remember: nothing is set in stone, even though it may certainly seem that way.