Here you will find the latest news and most recent developments on the Gear 360, with regular updates and all the information you need. 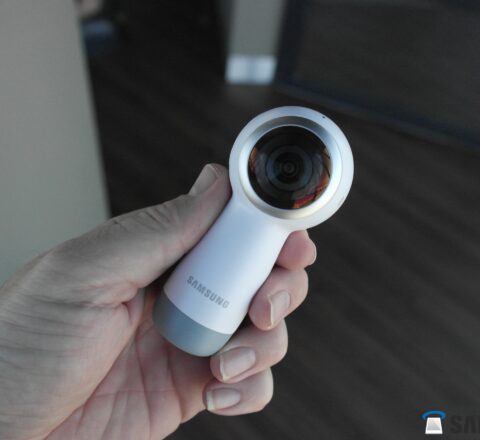 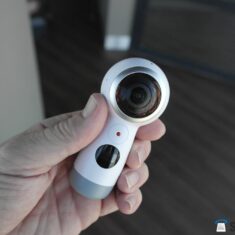 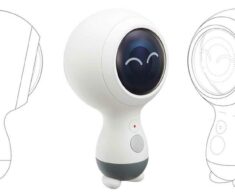 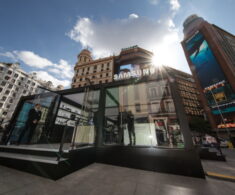 Uploading 360-degree imagery to Google’s Street View can be a bit of pain, but the Internet search giant thinks that it can help contributors in this regard. The company has announced that it is working with hardware partners on “Street View ready” standards. Google has created four categories for 360-degree cameras, depending on how easy […]

Samsung unveiled a new Gear 360 camera alongside the Galaxy S8 last month. The company has now released a new smartphone companion app for the Gear 360 (2017). The Gear 360 (New) app can be used to control the camera remotely, change various settings, and even for initiating a live 360-degree broadcast on Facebook, Samsung VR, […]

We had been hearing for quite some time now that Samsung was due to launch a new Gear 360 camera in the near future and it has done that today. Samsung has announced the new Gear 360 camera which is capable of shooting true 4K video in 360-degrees. The predecessor was only able to capture […]

The much-rumored ‘Gear 360 Pro‘ has today been spotted on the FCC’s online database, though it would appear that Samsung has dropped the ‘Pro’ branding previously associated with the device (SM-R210), and will retain the ‘Gear 360’ moniker — or brand it as the ‘Next Gear 360‘ — when it launches.  Unfortunately, the documentation filed with the FCC is […]

While stock lasts, you can bag yourself a Gear 360 for just $223.24 (36% 0ff). For those unaware, this particular device is capable of capturing 360-degree images and video. It’s also dust- and water-resistant; making it the perfect companion or anyone who enjoys going on adventures. Not sold? Samsung Gear 360 Review: Create your own moments […]

We’ve been keeping an eye on a mystery Samsung device bearing model number SM-R210. It first surfaced in an import listing last year and the description revealed that the device would have a camera. Earlier this year the device was spotted at the Wi-Fi Alliance and the certificate revealed that it runs Samsung’s Tizen OS […]

The Gear 360 is Samsung’s 360-degree camera announced last February that lets you capture both “circular” and still photos and virtual reality videos. We brought you an Amazon deal on the Gear 360 two weeks ago that would take 27% off the retail price, but a new deal today gives you the VR camera of […]

Samsung has been spending a lot of money to advertise its products at the Oscars over the past few years. It has also been working with filmmaker Casey Neistat who happens to be one of the most popular YouTube content creator. The angle here appears to be an effort to make Samsung feel more relevant […]

PSA: Amazon Prime members can buy the Gear 360 at an unbeatable price

Samsung introduced its Gear 360 VR camera in the first quarter of last year and made customers wait for six months before it revealed when the camera will be available in the United States properly and how much it was going to cost. The Gear 360 has been available through Samsung’s retail partners since August […]

Samsung dropped an interesting figure during its press conference at the Consumer Electronics Show 2017 today. President and COO of Samsung Electronics America Tim Baxter mentioned during his talk that the company has shipped more than five million Gear VR devices and consumers have viewed more than ten million hours of immersive video using Samsung’s […]

The lucrative holiday shopping season is upon us which means that people across the globe will be spending a lot of money on gifts for their family and friends. No wonder we see some of the best deals at this time of the year. Samsung has already revealed its Black Friday 2016 deals while countless […]

Samsung announced its first 360-degree camera called Gear 360 earlier this year. The little sphere easily enables users to capture their own moments in virtual reality. Samsung released the camera in limited quantities at first but the Gear 360 is now easily available for purchase. If you’re interested in picking one up then you will […]

Earlier today, a mysterious Samsung ‘Sample Camera Set’ was spotted on Indian import tracker Zauba’s online database. Unfortunately, the listing doesn’t reveal anything about the device other than it sports the model number SM-R210 and was brought into the region for R&D purposes. Recent speculation points towards the unit being a second-generation version of the […]