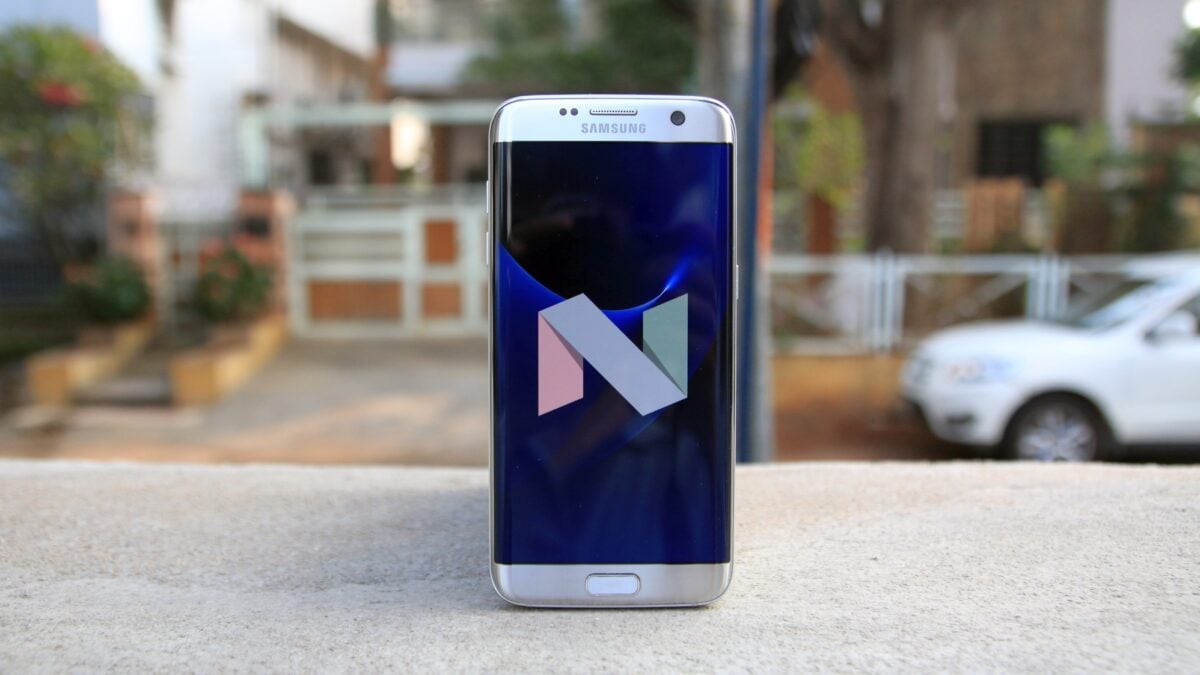 We got our first peak at Samsung’s Nougat release timeframe as “early next year” when Verizon Galaxy S7 and S7 edge users in the US were abandoned by Big Red in Samsung’s Galaxy Beta program. Next, a post from social site Weibo showed that Samsung would end the Galaxy Beta program for Nougat testing at December’s end – and that Nougat would be released to current devices in January. That’s it. No specific date, just this month as the timeframe for the sweet treat’s release.

Well, a new leak says that Samsung may release Nougat for European Galaxy S7 models on January 17th. According to Google Translate, the first paragraph of the image below reads, “I’ve used SM-is expected G935F model. Your device to be released as Android 7.0 update of January of 17 of Nougat.” Yes, the screenshot there is in Spanish, but according to the source below, was translated from Turkish to Spanish and lost some details in the process. 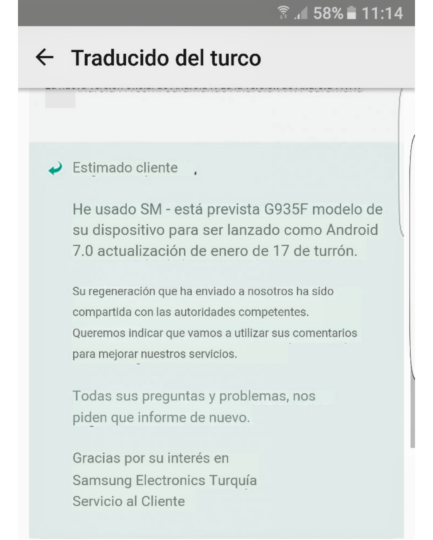 Additionally, the screenshot says “Android 7.0,” but Samsung has said that it would release Android 7.1.1, skipping Android 7.0 and adding in the incremental update to bring it current with Google’s latest release. With that said, either “Android 7.0” refers to the basic label of the update (like Android 6.0 would be used to label 6.0.1), or Samsung intends to release one 7.0 update in some regions and 7.1.1 in others (which seems strange). Nougat is already rolling out as a soak test to some users, so the final release could be within days of schedule.

The model number above is SM-G935F, which clearly refers to European variants of the Galaxy S7 edge, so it’s safe to say that, if the screenshot above is true, then European models of the S7 edge and its non-edge sibling can anticipate Nougat’s release in about a week from now. Of course, we can’t verify all the details of the screenshot above and have ourselves received no specific date regarding Nougat’s release, so take this with the proverbial grain of salt.