Another safe Galaxy Note 7 has exploded this morning

Samsung needs to come up with an explanation fast. In just one week there have been four reports of safe Galaxy Note 7 units exploding in the United States, one in Taiwan and two in South Korea. It’s time now to add another to the list. A replacement Galaxy Note 7 has caught fire this morning in Virginia. The handset belongs to Shawn Minter who said that his Galaxy Note 7 started burning on his nightstand at 5:45 AM. It was a replacement unit that he received after returning his recalled Galaxy Note 7 at a Sprint store on September 23.

Minter said that the burning phone filled his bedroom with smoke so much so that he woke up in “complete panic.” He has shared copies of his receipts as well as photographs of the retail box which confirm that he had a replacement unit which Samsung promised would be safe from this issue that forced it to recall the flagship in the first place. Sprint representatives offered him another replacement Galaxy Note 7 but Minter turned it down and opted for a Galaxy S7.

Samsung is yet to comment on this latest incident, it has not yet confirmed officially if the replacement units also suffer from a battery cell defect like the original units. At this point a secondary recall can’t be ruled out since reports of supposedly safe units exploding continue to pour in. Something needs to be done before someone gets seriously injured, or worse. 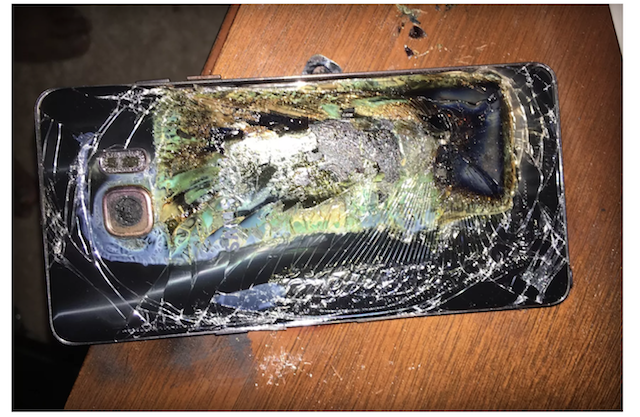 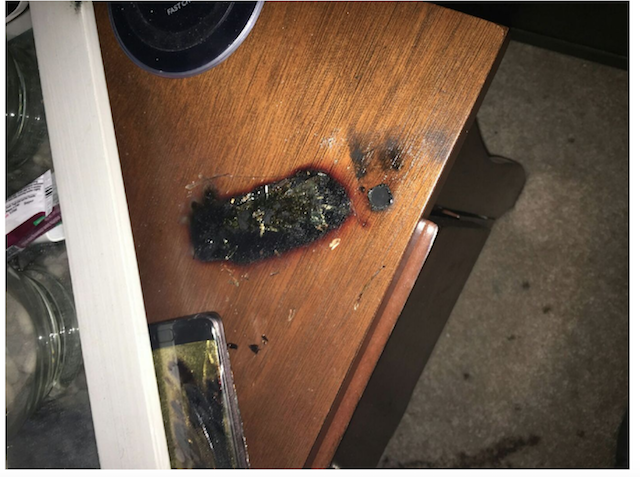